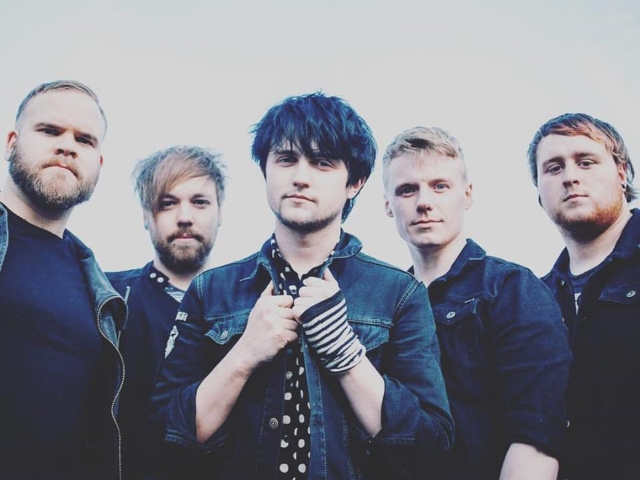 Hailing from Keighley, only five miles from Marmozets’ hometown, you’d be forgiven for finding another sure fire winner of a band hailing from a little town in West Yorkshire somewhat surprising. Don’t be fooled, however: despite their heritage, there’s nothing small about As Sirens Fall and their huge sounding melodies are destined to enthral big audiences.

Where You Are with its repetitive, catchy chorus is sure to be your latest earworm and you won’t get it out of your head for days. It has a rhythm made for bouncing up and down to at your favourite venue and is surely worthy of a sing-along or three to the woah-ohs of the chorus.

Just as brilliant – but taking the sound in another direction – Lonely Tomorrows pops up. A verse straight from an early noughties indie song leads into a racing chorus via jangly guitars, the feel good melody and emotive middle eight carrying the song to an uplifting ending.

Smoke has a more prominent bass sound, layered with cinematic guitars and Mikey Lord’s stratospheric vocals. Occasionally dipping into a screaming sound, the song maintains a gritty edge alongside its user-friendly alternative style and hints a heavier, punkier influence in the band’s music.

State Of The Artist, opening with a guitar solo and motivational speech, holds the heaviest moments on the record. A short breakdown of weighty riffs, throaty screams, and unstoppable cymbals gives way to a melodic chorus of desperation and addiction, but – unlike its sound – is one of the weaker, less instantly loveable songs on the EP.

Fully committing to the pop punk sound, Last Goodbyes is a joyful ending to an equally positive record. An unfaltering example that the genre isn’t always done best by our friends from the USA, it shines with perfect vocals, upbeat woah-oh, sing-along moments and an irresistible pop melody.

There’s always a new kid on the block being heralded as the next best thing or a band to watch out for, but there’s no need for that here. As Sirens Fall are already gathering a fan base of devoted followers and it’s no surprise. With pop punk tunes worthy of any party, The Hospital Party is an unmissable triumph of Britain’s alternative scene.

Standout Track: Where You Are

For Fans Of: Young Guns, You Me At Six, Billy Talent 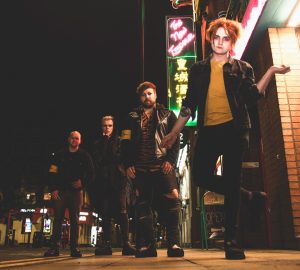