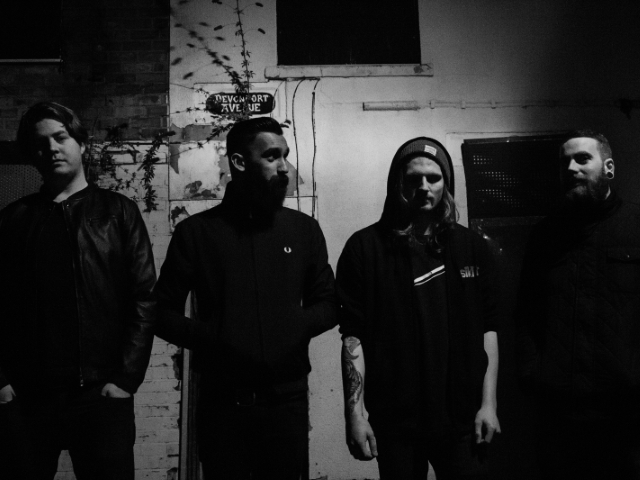 Yorkshire’s technical hardcore outfit The Colour Line have released their eagerly anticipated EP The Long Awaited Seal of Disapproval. The record is 5 frantic tracks with a running time of 14 minutes. Whilst they’ve built a credible reputation with their live performances, this release would suggest they have a lot to offer, but a lot to learn.

The EP is a well calculated onslaught of mathcore and hardcore, influences of The Dillinger Escape Plan and The Chariot being displayed throughout with dark lyrical content embedded from to start to finish.

TLASOD opens with a hip-hop and Einstein combination in E = MC Hammered, a high energy track fuelled with aggression. Sam Rudderforth’s harsh vocals are met with Usama Rafique’s intense guitar work. A well worked guitar solo breaks up the ferocity of the track, adding that unique element, proving it to be a well-chosen opener.

Usama’s Bin Liners follows, and the standard procedure of high octane mathcore continues. James Coggin’s steady drumming carry’s the opening 40 seconds of the track, and the outro is something that Every Time I Die would be proud of. R.E.D is a strategically placed track that slows the EP down and almost comes across as a relatively pop song when compared to the other 4 tracks, with Sam Arundell’s bass intro being a welcomed breather.

The penultimate track, The Streisand Effect offers a stop-start intro that eases you back into the high intensity of the Hull based four piece. Sarcastronaut is the longest track on the album, reaching a run time of just over three and a half minutes; the track is a concoction of everything displayed throughout the album.

The song titles are an unnecessary edition, but does show the humorous side of the four piece. The five track EP shows heaps of potential for The Colour Line but does lack the quality finish that genre experts The Chariot offer. With plenty of time to develop as a band, The Long Awaited Seal of Disapproval is a big step in the right direction.

For Fans Of: The Chariot, The Dillinger Escape Plan