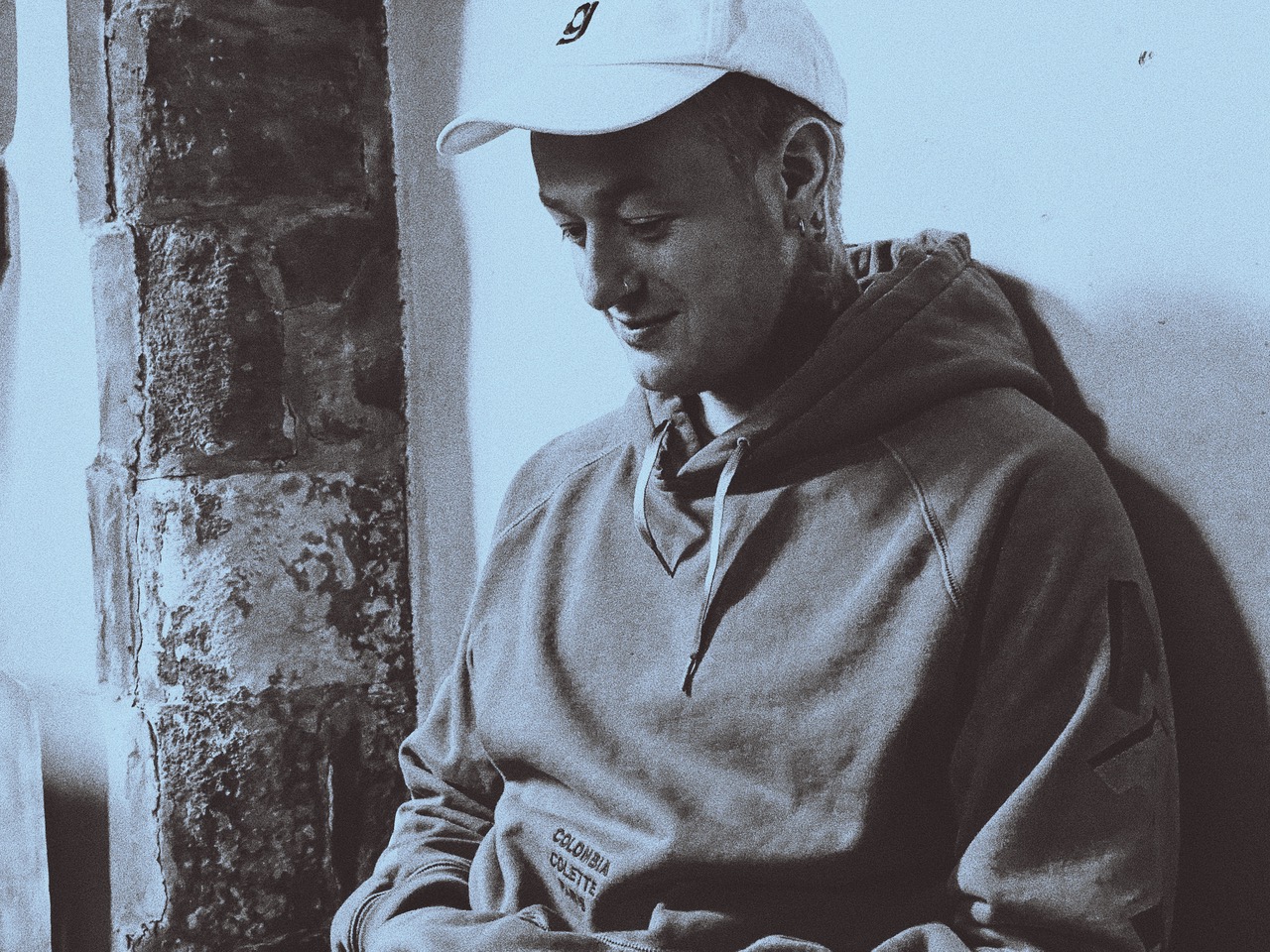 In these strange times there appears to be a new normal; bands/musicians producing live stream shows to present to their audience for mutual benefit, innovating ways to keep themselves fed and their fans entertained. Although that seems to be the reasoning behind Deaf Havana’s performance tonight from the famous St. Pancras Old Church in the heart of the nation’s capital, it feels like this is the natural progression and also the final chapter for the Rituals-era of band’s history.

The performance begins with a frame of James Veck-Gilodi’s tattooed hands, playing the opening notes to the eponymous song of the band’s latest outing Rituals, setting the emotive, haunting theme for tonight’s solo performance. The frontman then gets up and walks over to his trusty acoustic guitar and goes straight in to the fan-favourite Youth In Retrospect, from their second full-length album Fools And Worthless Liars. Veck-Gilodi looks healthier than he has in some time, which will put many fan’s mind at ease (he makes no secret of the fact that he is a troubled soul that often turns to unhealthy crutches as an escape, and has very little social media output to speak of) and his voice is simply breath-taking.

The quality of his creative output speaks for itself when the songs are stripped back to their bare bones in this manner and Pretty Low is a wonderful example of that. The song itself is beautifully tragic and you can hear the raw emotion in the man’s voice, as he pours every ounce of his being in to his performance. The performance of Worship follows suit. This is the kind of stuff that could bring the weak to their knees and proves just how powerful one person and a guitar can be in the right setting.

Pensacola, 2013 has become a firm fan -favourite following the release of All These Countless Nights and the atmosphere that has been created for tonight’s show adds to the already solemn subject matter. This is followed by Boston Square; the only inclusion from the band’s 2013 album Old Souls and it stands out as one of the highlights of the set, not only for the quality of the delivery, but also for the fact that Veck-Gilodi quite openly embraces the irony of singing about the devil in a place of worship.

The setting then gets a little lighter as Veck-Gilodi approaches the altar at the front of the church to perform the song Evil, which again piles on the irony as it appears that the charismatic frontman is taking the place of a priest giving a sermon in front of his flock, which is poignant to say the least. The cinematic display being put on here really sums up where Deaf Havana have been as a creative force throughout this album cycle, cementing themselves as one of the most talented, yet criminally underrated bands England has to offer in 2020.

The only song that feels a little out of place in the set is Trigger. This is not to say that it is a bad performance, but it doesn’t translate quite as well as the other songs on display tonight, with it feeling as though something is missing. What is missing, however, is not clear. It just doesn’t appear to have the same impact as the other offerings. This is quickly rectified with a memorable performance of Happiness that is simply sublime, with the inclusion of a simple drum loop and the natural echo of the venue. Veck-Gilodi has always had a way with words and an ear for melody that is unrivalled and this is fully on show here, as he delivers the song with every fibre of his being and pours everything into it.

He then drops the mic and walks into the centre of some arranged features, with lit candles providing the only source of light as he belts out an a cappella version of Anemophobia, with nothing but the power and control of his voice to fall back on. The performance is chilling and highlights exactly what the fans love about Deaf Havana and particularly the man that is the creative, lyrical and musical engine behind the band’s success over the years, and that is his vulnerability, the beauty of his words and the soul in his voice.