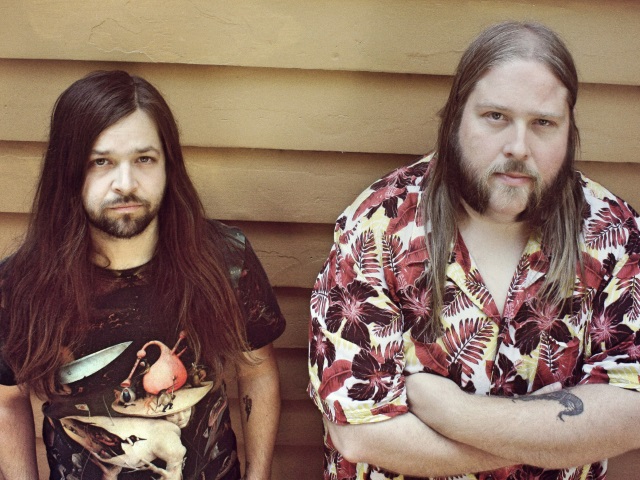 Lord Dying is a band that refuses to standstill. Since their inception in 2010 the band have seemed to grow and adapt their music on every release, shaping their craft and joining different skills to add to their expansive metal sound, whilst still managing to cling on to their identity and trademark sound.

It has been more than four years since the release of the band’s second studio effort Poisoned Alters, but now in 2019 the band have finished the recording of their third full length Mysterium Tremendum, a concept album that deals with the heavy subject matters of death and dealing with the mortality of our existence, owing to the unfortunate, untimely death of guitarist Chris Evans’ sister.

The album opens with Envy The End which kicks things off with a stomping, high energy riff with an echoey, off kilter lead guitar part underneath, which contrasts really well with the watertight rhythmic section of Matt Price on bass and Chase Manhattan behind the kit. The vocals from Erik Olson switch effortlessly between a gravel toned, melodic singing voice to a harsh almost death metal growl, which is used as a tool to add another layer to the aggression when required. Just as the listener begins to get comfortable with the way the song is progressing, the band throw in a complete left turn in the form of a Mastodon-esque progressive metal bridge section, which then leads in to an incredibly well written guitar solo which shifts gears throughout the closing moments of the song.

The following track Tearing At The Fabric Of Consciousness is a chilled out, laid back interlude that leads expertly in to Nearing The End Of The Curling Worm, with the latter being one of highlights of Mysterium Tremendum. It begins with an aggressively barked vocal and an infectiously catchy guitar riffs that drives the track onwards for around a minute or so, before the brakes are applied and the song shifts into a much more progressive style. Olson once again shows off the flexibility and range of his vocal works and his seeming to never ending bag of melodic tricks. The last couple of minutes once again picks up and gives the band a chance to show off their keen musicianship, especially with Evans displaying his particular penchant for writing classic rock influenced guitar solos.

Even The Darkness Went Away gives Lord Dying a chance to show off their lighter, ominous and chilling side. The band trade in their heavily distorted, metallic guitars and thunderous rhythmic sections for the wonderful vocals of Olson and a couple of hauntingly beautiful acoustic guitars, to create a song that wouldn’t be too out of place on any of the later Opeth releases.

The closing track on the album entitled Saying Goodbye To Physical Form is the perfect sign of for an album. The opening guitar solo wails away dreamily over the top of the synths and rhythmic section in a typically Pink Floyd manner, gradually building as the song progresses which adds harmonised leads and uplifting key changes, as well as switches in the pace of delivery. The whole song is enthralling and drags you in as a listener, ensuring that your attention is kept for its entire duration. As the warm, acoustic guitar rings out to close the song, you can’t help but feel that this is the perfect way to see out a well written and well thought out album, that has clearly served as a vehicle for the band to carry away their grief in what must be a horrific time.

In Mysterium Tremendum Lord Dying have created something triumphant in the face of tragedy and this album will serve as a brilliant tribute to their dearly departed. Cathartic in nature and beautiful in presentation, this may well be the highlight of their career to date. Although the circumstances may be dire, the art that has been created is something to be celebrated, and hopefully the band can continue to grow as they gather momentum going forward.

Standout Tracks: Tearing At The Fabric Of Consciousness, Even The Darkness Went Away