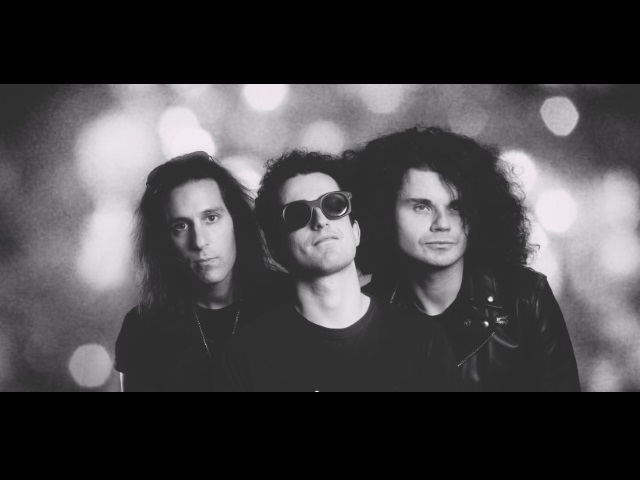 Formed in early 2018, London-based trio Chains Of Daisy combine country rock, rhythm, and blues influences for an all-encompassing sound. Earlier in the month they released their debut EP Dead As Stone and we caught up with the band to chat about their new release, their journey so far and much more.

Hi lads, welcome to Bring The Noise. How are you all doing this week?

We’re doing well, thanks for having us down. Hope all is good with you.

For anyone who is new to your music, could you please introduce yourself to our readers?

Mike: We are Chains Of Daisy from London, and we’ve just released our debut EP, Dead As Stone. I’m Mike, the lead singer, Carlos plays the guitar and Aris also plays guitar and all other instruments.

How did you embark on a musical career together? Did you have a formal music education or has your passion led to this?

M: I met Carlos and Aris a few years ago through a mutual friend. They had an idea for a band and I was happy to do some rehearsals to see if we all clicked. Well, we did and that’s how we started. I was in the school choir, had some guitar lessons. The biggest leap in learning came from sites like YouTube and a vocal coach called Ken Tamplin. Now whether it becomes a career? I think that’s still in the lap of the gods as Queen would say, but if you don’t try, you never know, so we are giving it our best shot.

Carlos: Combination of both. Eddie Van Halen taught me all I need to know and Warren DeMartini from Ratt and bands like Motley Crue.

Aris: I’m qualified in sound engineering and musical production to degree level. My dad got me into music, he showed me the basic chords on the guitar and the rest came naturally.

You recently released your debut EP Dead As Stone, how does it feel to put out a record of your own music?

C: We’d been playing the London bar scene, playing a mix of originals and covers acoustically. The original material was getting a good response, so we decided to roll the dice and do a recording. It really is a group effort; everyone has to pull their own weight.

M: Well anyone with a laptop and the right software can create a track these days. What gives us an edge is that we are exceedingly fortunate to have Aris in the band, he’s our secret weapon! As well as being our musical director, he oversees the production of the songs through recording to mixing to mastering. I’m the band manager so I deal with the business side of things like promotions, schedule, etc.

How would you describe your musical style?

C: Chains Of Daisy is a rock band that incorporates elements of blues, folk, and Americana.

A: We’ll leave that to our listeners to decide as our music is still evolving.

Who are your major musical inspirations, dead or alive? Have these influences changed over time?

A: Aerosmith, Bob Dylan, Rolling Stones. They have changed a lot since my teenage years.

Who are your current favourite artists from the industry? If offered a collaboration now, who would you pick?

A: I’ve been listening to a lot of Cuban Music. I really like the Buena Vista Social Club.

M: Daxx and Roxanne, Robert J Hunter, Vulfpeck and Mantra. We are open to any and all collaborations as long as we are making good music; no gig too small, no venue too big. If we are lucky enough to get that call, we would have to answer it!

Where do you see yourself in the next three years?

Who knows? It would be great to play some festivals and release a few more EPs if not an album. Some industry representation would be amazing.

Social media is a great tool to exhibit your art and get exposure, while on the other hand, it gets difficult to deal with haters and filter out the bad stuff. What do you think is the best way to deal with this?

A: You really can’t please everyone, some people will like what you do, some won’t.  If people are taking the time to write about you, be it good or bad, it probably means you’re becoming successful. And constructive criticism is always welcomed.

M: Suffer the slings and arrows for your art, develop a thick skin and don’t let it stop you from doing what you love.

Before we wrap-up, time for a quick rapid fire round. Current song on playlist:

C: Vulpeck – Thinking About You

A: Credence Clearwater Revival – Have You Ever Seen The Rain

When not doing music:

A: I’m always doing music in my head.

Thank you for chatting with us. It’s wonderful to have you here.

Thank you for having us too. It’s been a pleasure.

Listen to Dead As Stone on Spotify and YouTube. To know more about Chains Of Daisy, check out their Facebook.

VIDEO NEWS: Papa Roach Release Video For ‘Not The Only One’ 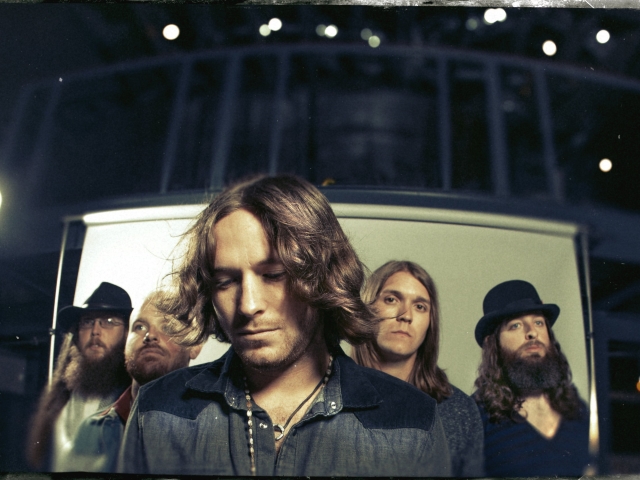