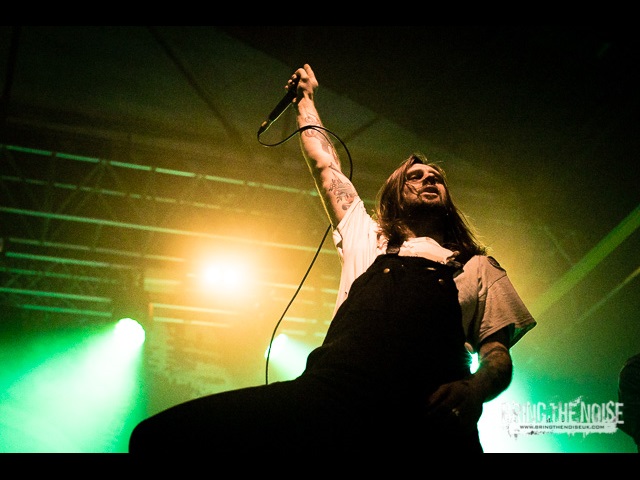 Trash Boat probably have some tunes, but it’s very difficult to make out what they are. Nonetheless, there’s talent here and no bad should be written off because of the poor front of house. They’re clearly passionate about what they do, but not really being able to hear what they’re so passionate about might have robbed them of some potential new fans. 6/10

Stray From The Path are quite possibly one of the most right on bands on the planet. But even if you put aside their inspirational ethics and admirably outspoken stances, this band are legitimately great musicians and excellent songwriters. All that being said, live performance is where they really come into their own.

It speaks volumes that this band are as fun as they are intense, smashing their way through forward thinking and groove-laden hardcore like there’s nothing they love more. There’s a reason this band got so many people to crowd surf: they’re the best there is at what they do, and what they do is great. 8/10

While She Sleeps seem as if they’ve undergone a transformation since taking control of their own destiny with their previous album You Are We. It’s a preconception that does this band a disservice. Shows like this aren’t born out of being the hot thing right now. They come from lighting a burning fire in the heart of your fans. SO WHAT? is just the latest piece of fuel used to fan the flame.

This band have been tirelessly pushing at their own boundaries and refining their craft for years, it just seems that now everyone is finally paying attention. To be fair, it’s hard not to pay attention to gigs that are as visceral, cathartic and fun as this one. From the second the band rip onto the stage for ANTI-SOCIAL they don’t slow down on the intensity for even a second. The ferocity of the set is equalled by the shared joy of the band and fans.

As much as these songs and their performance are borne out of punk rock chaos, the musicianship on display is second to none. No matter how many runs, jumps and other spontaneous responses to the music occur on stage, no-one misses a note. In particular, frontman Loz Taylor deserves recognition for pushing his voice to new places this time around. A lot of people are probably going to be shocked at just how many of the varied vocals in these songs are his, freeing Matt Welsh up to focus on where he’s really at home: not standing still.

If there is a criticism, it is that the band more or less entirely sidestep the excellent Brainwashed album, opting for some of the more melodic cuts from You Are We and SO WHAT? which does cut out some of the band’s more vicious tracks. Nonetheless, it’s a powerful selection of tunes that are rammed down the throat of an all too willing SWG3. The jumping, the moshing, the crowd surfing, and most importantly the singing, never stops.

The band have made a point of discussing their love of communal signing, and though this gig is missing the choir that joined While She Sleeps on stage at the London show, the SWG3 crowd more than make up for that. It’s yet another thing to add to the long list of examples that demonstrate While She Sleeps are doing what all the best bands do: build a community around their art. 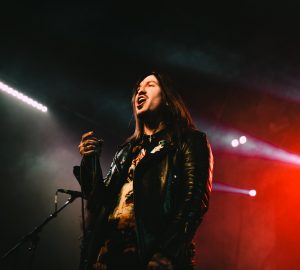