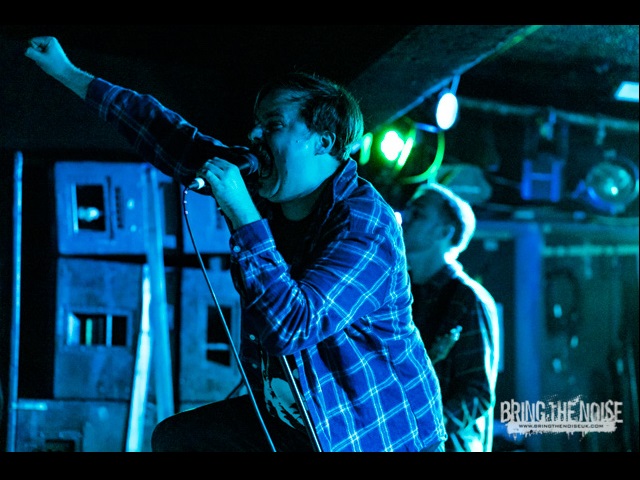 There’s a few types of band. The hype bands, the “just a band” bands, the BIG bands and the cult bands. If this show is anything to go by, Black Peaks aren’t far off becoming one of those beloved and wildly creative cult bands.

No band as inventive or fearless as this will ever be one of the BIG bands, but that doesn’t mean that they can’t pack out venues around the world for years to come. They certainly already have one key component to pull that off: the songs. The fact the band are such incredible players is almost an afterthought.

Speaking of the songs, the majority of the set is made up from material off the band’s latest album All That Divides, a strong indication of the band’s confidence in their new tracks. It’s a totally justified confidence. Even with the UK music scene in such rude health just now, there’s few bands who play this well with this much passion. From their delicate moments to monstrous and heavy sections, Black Peaks are totally undeniable, with the crowd singing along at every opportunity.

Which there are plenty of, between songs as huge and immediate as Say You Will, Home, Can’t Sleep and Glass Built Castles rearing their accessible heads to roar between the complex and adventurous journeys of the band’s lengthier compositions.

This band could be on the edge of a perfect storm of timing, songs and talent. If the indifference of the internet age swallows this band up it will be one of the gravest musical injustices of all time.