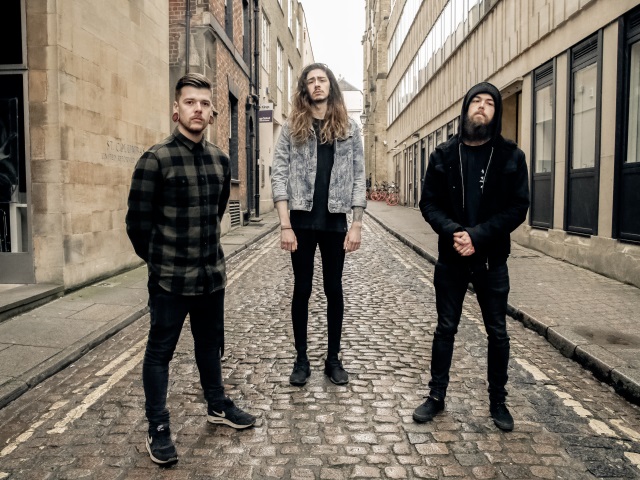 Meet MSRY, the Oxford trio who are making waves with their misery infused hardcore. Soon to release their Safety First EP and currently out on tour with MTXS, we thought it was perfect timing to catch up with the band to hear their top tips and stories from the road.

Getting to go to new places we’ve never been to and getting to meet a whole new bunch of people at each and every who is possibly the best thing about touring. That and it’s just an excuse to hit the road and get out and play shows while experiencing it with your best friends.

It’s gotta be a combinations of travel fatigue wearing you down and some nights having nowhere to sleep so you end up having to sleep inside a car, which when you’ve got 3+ guys in a tiny Corsa, it’s not ideal.

Baby Wipes – Have got to be at the top of that list for every band. Multi-purpose little beauties that are like a mini-shower in your hand.

A Decent playlist of music – You’ve just gotta have the right number of different tunes to go along the road with.

We don’t listen to a whole load of heavy music on the road but Phil Collins and Post Malone helps us get to each venue in just about one piece.

Medicine – It’s one a lot of people forget. Whether it’s Vocalzone, Paracetamol or just Deep Heat Gel for those mornings where everything is a little sore. A little bit of those kinda things goes a LONG way on the road.

A jumper – Got this one from reading Metal Hammer and seeing Winston McCall of Parkway Drive mention to bring one no matter the weather. And damn was he right, things get a little chilly suddenly? Jumper. Want to rest your head down on a hard suffice to catch some sleep during soundcheck? Jumper’s now your pillow. So versatile.

A phone with a decent amount of data – We don’t own a satnav, so the phone becomes one. Want to promote your shows online and share it about, your phone is your best friend. Most importantly, it tells you exactly where the nearest Wetherspoons pub is. Wake up for breakfast and all you can drink coffee for less than a tenner? Yes please and thank you.

The ‘Never Have I Ever’ game. You get to learn a lot of unwanted information about your band mates this way, it’s that and the fact I keep a stack of emulators on my phone to help pass the time with some SNES and Megadrive games.

Our first ever show. Playing our home town with nothing but two songs that have been released. And having a massive 130 people turn up and watch us play. It was incredible the support we’ve had from day one.

There are many we can’t talk about, but the most hilarious moment was probably either when Charlie gave his all at our first music video and ended up throwing up outside and nearly passing out. The second has to be on our first tour when we made our stand in bassist Kyle go mad. We basically played Phil Collins – Easy Lover on repeat for about 4 days straight in the car. He wasn’t impressed.

This one has to be when we were on BBC Oxford Introducing and we’d all met Dave the show host and had a bit of a chat. Finally we were on air and Dave introduced Kial, then Keir and when it got to Charlie, he introduced him as our original bassist that quit the band.

Playing Common People Festival in Oxford. The lead up to this festival was awful. Kial broke his hand at a previous gig, Charlie was in a car crash the day before and Keir was in also in a car crash right outside the festival entrance. We still played, albeit a little bruised and battered. But our determination was next level.

Probably after our Bradford gig when we went to stay with our friends in Leeds. We basically had £1 drinks at the venue all night, including Buckfast! And then bought a few crates and stayed up drinking til 6:30am. This was mostly fuekled by Pre-Workout though.

Seeing people out and about that we don’t know repping our merchandise. Getting orders through on our store from places we’ve never even been. It’s crazy. But for us the most rewarding moment was when we got published in Metal Hammer and Kerrang, and when we got a front cover feature in our local magazine Nightshift. Having read it for years, seeing our ugly mugs on the cover was mental.

MSRY’s new EP Safety First is due for release on the 6th July. 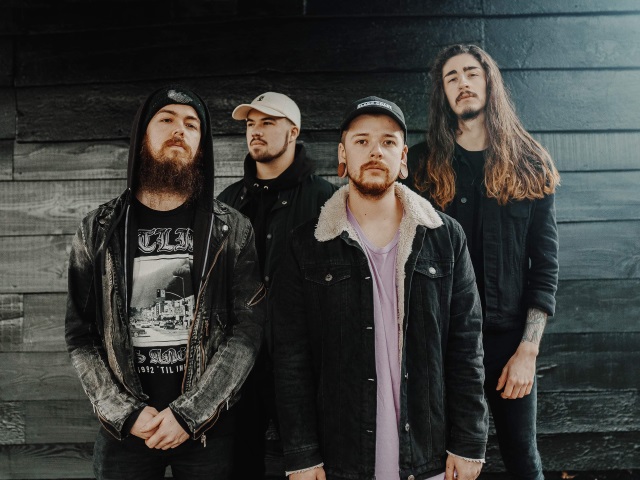