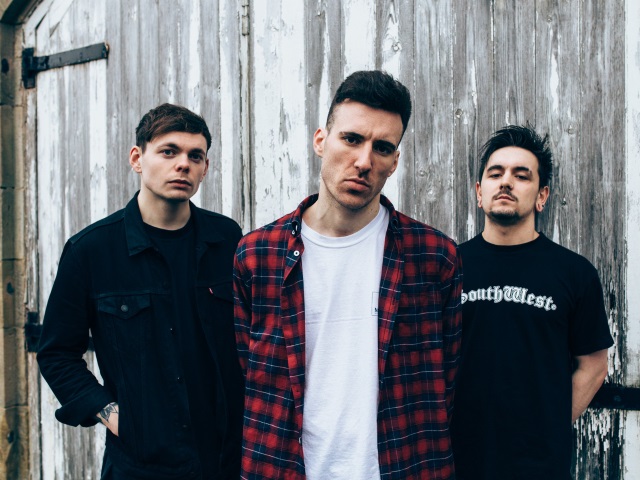 Blood Youth have been tearing up stages across the UK over the weekend, concluding with a show in London this evening at Boston Music Room. We caught up with vocalist Kaya Tarsus about the band’s stories and tips from the road!

Getting to see so many amazing places! It’s always so sick playing in a country for the first time and seeing so many people sing along.

Two vegans and one severe nut allergy (sounds like the start of a joke), finding food that can accommodate all of us can be pretty tough. Doing an 18 hour drive on an empty stomach is not cool!

Probably watching Netflix! We do play a lot of music and have some of the strangest conversations as well though. That passes a lot of time!

There’s been so many it’s hard to pick! One of them has to be when we played in Madrid with While She Sleeps. Sold out. It was the craziest and loudest show we have ever played.

It’s tough to think of a specific one because we spend 90% of our time on tour laughing and winding each other up. There was a hilarious moment when we were in Germany and I sang a karaoke duet with a random lady… It was actually pretty damn good.

I was pretty drunk when we were on a drive so I decided to pee in a bottle. We pulled over, I tried to jump over a fence whilst holding the bottle, fell over and spilt my own pee on myself…

We’ve toured with a lot of bands we really admire and look up to. So getting to hang out and play sick shows with them is pretty outrageous.

You could count the above answer as a drunken moment…however, when we played Slam Dunk Chris got really drunk after the last show and spewed down the side of the van we were in…whilst we were driving down the motorway.

The most rewarding moments are when a show is just completely nuts! Hearing a huge crowd singing back to us is just the best thing.