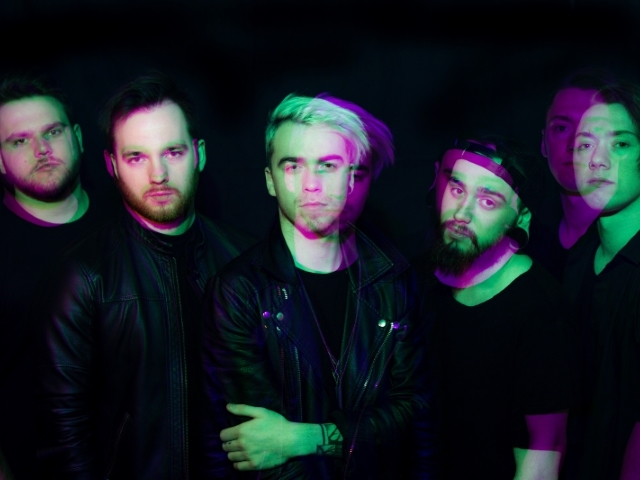 Somewhat of an ode to other British bands of the same genre, Breathe In The Silence’s Hold My Heart navigates its way through the stylings of your favourite pop rock names with undeniable ease. There’s nothing wrong with the second EP from the group but each song’s uncanny similarity to well-known names that have come beforehand is in itself a flaw. There’s nothing unique to be heard, but does it really matter? That’s up to you.

From the outset, title track Hold My Heart enthrals and enamours. Could it be, however, that the impossible to ignore sound of Young Guns is what draws us in? You’d be forgiven for thinking you were listening to their 2012 single You Are Not (Lonely); even Adamross Williams’ vocals are eerily similar to Gustav Wood’s. That being said, these songs are always winners for a reason and there’s nothing like a strong, emotive chorus to start your very own devoted fan base.

Promised Land, in comparison, is a totally different sound, opening with a scream and racing through its drum-driven verse to a ballsy, noisy chorus. Again though, there’s a more than obvious hint of Deaf Havana and We Are The Ocean about it. Did these guys go to the school of well-loved pop rock to learn how to write these songs? They say imitation is the sincerest form of flattery but this sounds a lot like blatant copying. Plenty of people already love it though, so don’t try and fix what isn’t broken.

It’s not all a criticism. The everlasting popularity of British pop rock isn’t going anywhere so more and more bands are bound to get a piece of the action. As a genre, it’s not well known for pushing boundaries of taking risks – it’s our old reliable. Much like the Ford Focus, the fry up, or football, it’s a part of our culture and, while it might not always be the most exciting, we wouldn’t be without it. Barricade (this time it sounds like Mallory Knox, seriously!) slots nicely into the sound, with fleeting moments of slightly heavier guitars.

Before you think we aren’t fans of Breathe In The Silence, pin your ears back for Devils Peak. Growing from a gentle intro to thrashing post-hardcore via killer vocals and relentless energy, it (literally) screams that this a band to take notice of. The throaty shouts of I Believe I’m In Hell Therefore I Am alongside its powdery soft harmonies really bring the band into their own and – forgetting any familiar sound we heard earlier – it’s a brilliant closer. More of this please, guys.

In the same way fellow Welshmen Funeral For A Friend divided opinion with their first two – and most successful – albums and everyone picked a favourite, there’s a clear cut difference between Breathe In The Silence’s debut and this. While there are moments of overwhelming familiarity in the opening few tracks, the band sound seriously impressive in the latter stages. If you want pop rock or post hardcore, there’s a bit of both here for everyone.

For Fans Of: Young Guns, Mallory Knox, Funeral For A Friend

Standout Track: I Believe I’m In Hell Therefore I Am

Tags : Breathe In The SilenceHold My Heart
previous article