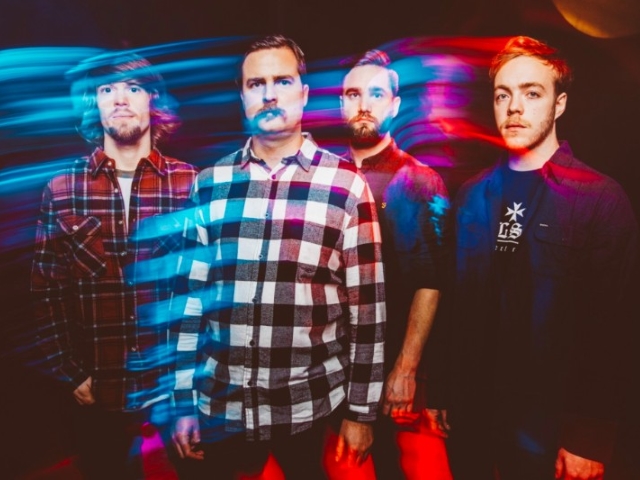 Statues is an album that, for this reviewer, pretty much came out of nowhere and surpassed all expectations. Its effortless melding of post hardcore, progressive rock, math rock, and elements of all sorts of various subgenres ranging from sludge metal to post-rock is stunning. At this point, there’s not much can be said about this album and its unprecedented success, other than it’s perplexing that a band as heavy as Black Peaks could become the darlings of Radio 1 and The Independent.

Their case in the mainstream is possibility helped by their astute songwriting ability, most prominent on album opener Glass Built Castles. Its soaring chorus makes it easily as the most pop-influenced track on the record, in a good way. Crooks eases the listener into the heavier tracks to follow. It contains a post-rock influenced passage reminiscent of Being As An Ocean, as well as showing some of the band’s sludge metal influence in other sections.

Album highlight Say You Will begins with a atmospheric verse that would almost sound like an OK Computer-era Radiohead track if not for for thudding drums and the ominous guitars. It erupts into a heavy chorus, propelled by vocalist Will Gardner’s high-pitched, haunting shriek. The chorus of Say You Will is catchy and stays with the listener, but its intense heaviness ensures that its in a different way than Glass Built Castles‘ hook.

It is followed by the deafeningly heavy, seven-minute centrepiece Hang ‘Em High, which begins with an apocalyptic riff, followed by a somehow simultaneously heavy and atmospheric verse. Joe Gosney’s guitar tone on parts of this track echoes that of black metal, which conveys the aforementioned apocalyptic tone. Three minutes in, the track shifts pace with a post-rock influenced passage lasting 40 seconds, before switching back to unrelenting heaviness. The heaviness on this track is helped by the band’s math rock sensibilities and sludge metal influences, which stop it from becoming boring. The sludge metal tendencies present in the track’s heavier parts of its second section, even more mathy sounding parts, are more Mastodon than The Dillinger Escape Plan, eschewing breakneck speed for doomy progressive metal. In fact, a roar from Gardner near the end of Hang ‘Em High is somewhat reminiscent of Troy Sanders on Remission.

Black Peaks don’t let the heaviness stop for the follow-up track, Set in Stone, which has the same trademark shriek as Say You Will, but without the former track’s nuance. This isn’t a bad thing: unrelenting heaviness is welcome on Statues.

Statues lets the listener catch their breath after these two intense songs with a less heavy, more math rock and alternative rock- influenced track in Saviour.

Statues of Shame combines a soaring hook with creepy, restrained verses. In the same way that Set in Stone is reminiscent of dynamics in Say You Will sans nuance, Statues of Stone plays out similarly to the former track; but without its heaviness. This shows the band’s ability to take a concept and show off a vast array of styles. Though these tracks follow similar dynamics, none of the three ever sound too similar or indicate laziness: they just show how many disparate styles Black Peaks are capable of.

Drones starts with an atmospheric soundscope, slowly building into first a laid-back song and finally a mathy, sludgy one over its first two and half minutes. The ominous nature in the opening atmospherics help it retain a slightly off-kilter ambience, switching between heart-on-sleeve post hardcore and relaxed space rock throughout the remainder of its running time. If Hang ‘Em High is Statues’ best track, Drones is its oddest, and also shows off the range of styles Black Peaks are capable of.

White Eyes combines the math, alternative and space rock influences seen on Saviour and Drones with the apocalyptic heaviness and sludge influence of Hang ‘Em High and Set In Stone.

The album ends on To Take the First Turn, after its instrumental, post-rock intro track For Those That Sleep For A Thousand Years Shall Soon Wake. The track is a slow-paced, thunderous song combining Black Peaks’ doom and sludge influences, progressive rock tendencies, and post-hardcore vulnerability. If there’s one criticism to be made of Statues, its that To Take the First Turn, while, like other tracks, demonstrates Black Peaks’ musical capabilities well, it is somewhat lacklustre as a closing track. However, following the preceding album is no mean feat so it doesn’t affect the overall impression very much.

Black Peaks are one of the most interesting bands in post-hardcore and metal music today, and Statues is a whirlwind of different styles within and without heavy music. It will subvert any opinions one may have that heavy music has become stale, and reassure audiences that an interesting, intense, incredible (and other words that start with the letter ‘I’) band can still attain a degree of mainstream recognition in the digital age.

For Fans Of: Mastodon, Being As An Ocean, Architects 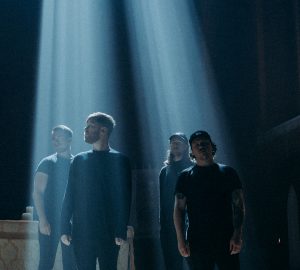