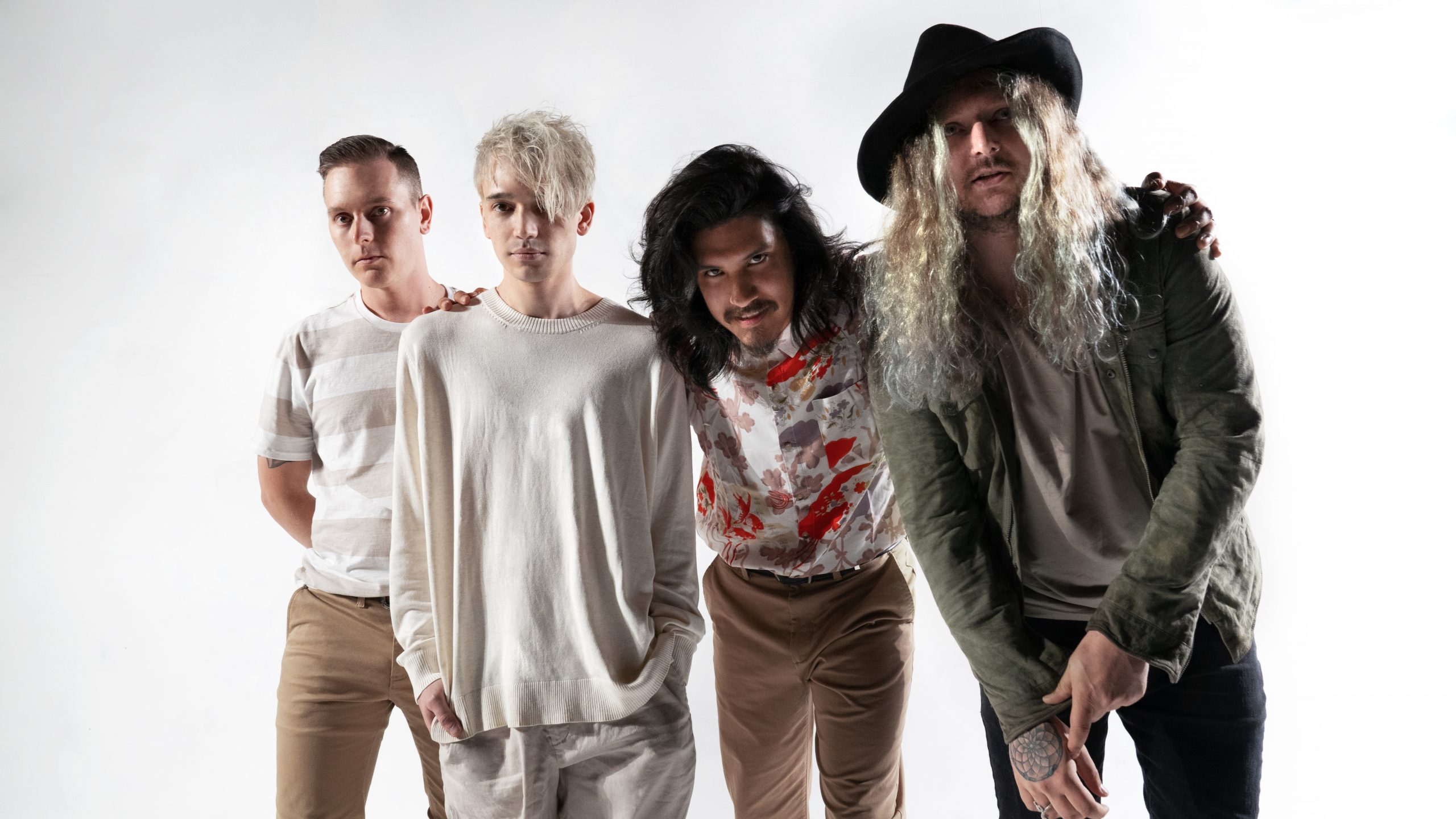 Underneath the practical joker guise that inhabits the personalities of Badflower, there is a seriousness that underpins the Los Angeles bred and Nashville based four pieces’ music. Their comfortability with confronting topics such as sex, sadness and stress is perhaps what makes Badflower so instantly relatable to a younger generation, grappling with coming to terms with finding their identity or discovering who they truly are as they battle the trials and tribulations that come with growing up and when real life shit gets all too hard. Whilst you battle your own demons, Badflower are here to make you laugh, smile, cry and make you feel damn sexy along the way.

The bands latest LP This Is How The World Ends lays on the real life stuff real hard. From the childhood trauma of Family to pretending to be someone your not to meet the satisfaction of someone else on Don’t Hate Me and the harsh realities of being a woman in today’s world on Tethered to the toxic lies that ruin a relationship in She Knows. Whilst on the outside they wear Joker style smiles ear to ear, on the inside, Badflower aren’t cracking adolescent aged jokes.

But put Badflower in front of a cult like screaming and shouting crowd and in a live music setting, and their practical joker personalities are turned up to full humorous mode. Like a bunch of teenage boys going through their permanent alternative streak and many failed attempts at a British accent, Badflower brought pandemonium levels of mayhem amongst the laughter, heartbreak and serious moments of self reflection throughout their chaotic set at Camden’s Electric Ballroom.

Boston based Dead Poet Society’s energy and music for that matter simply cannot be pigeon holed into a one size fits all box. Bulldozing the Ballroom’s stage with crashing energy, the alternative rock stomper of .intoodeepand. and bluesy closer .CoDA. Dead Poet society are all over the shop in more ways than one and in the best possible way. 8.5/10

Whilst Dead Poet Society caused mild sized levels of chaos, it was nothing in comparison for the colossal sized levels of chaos Badflower were about to bring. Launching straight into set opener Fukboi, vocalist Josh Katz and guitarist Alex Espiritu dash around the stage like children doses up on illegal levels of sugar, Katz uncontrollably yelling “Respect? No way!/He’s from California/Show up! Get laid!/They can’t all ignore ya.”

Their biggest headline show this side of the UK and their first run of UK shows since dropping This Is How The World Ends a year ago, naturally Badflower wanted to perform their hottest material. Drummer Anthony Sonetti bringing the heat with a drum solo to rival Travis Barker’s during Stalker, the crowd turning into rampaging possessed menaces simultaneously, for the Badflower fan who has been there since EP Temper you were treated to tracks like Let The Band Play, White Noise and Drop Dead, for the Badflower fan who discovered them through their viral mainstream breakout album OK, I’M SICK you were treated to tracks like x ANA x, The Jester, Promise Me, Heroine and Girlfriend. For every turbulent and euphoric stage of your life to whatever era you discovered Badflower, the bands set explored the entire contents of their career back to front.

The lively energy of children and the attitude of angsty teenagers, Badflower are the band equivalent of both combined – their headline show at London’s Electric Ballroom had explicit levels of sass in abundance. 9/10