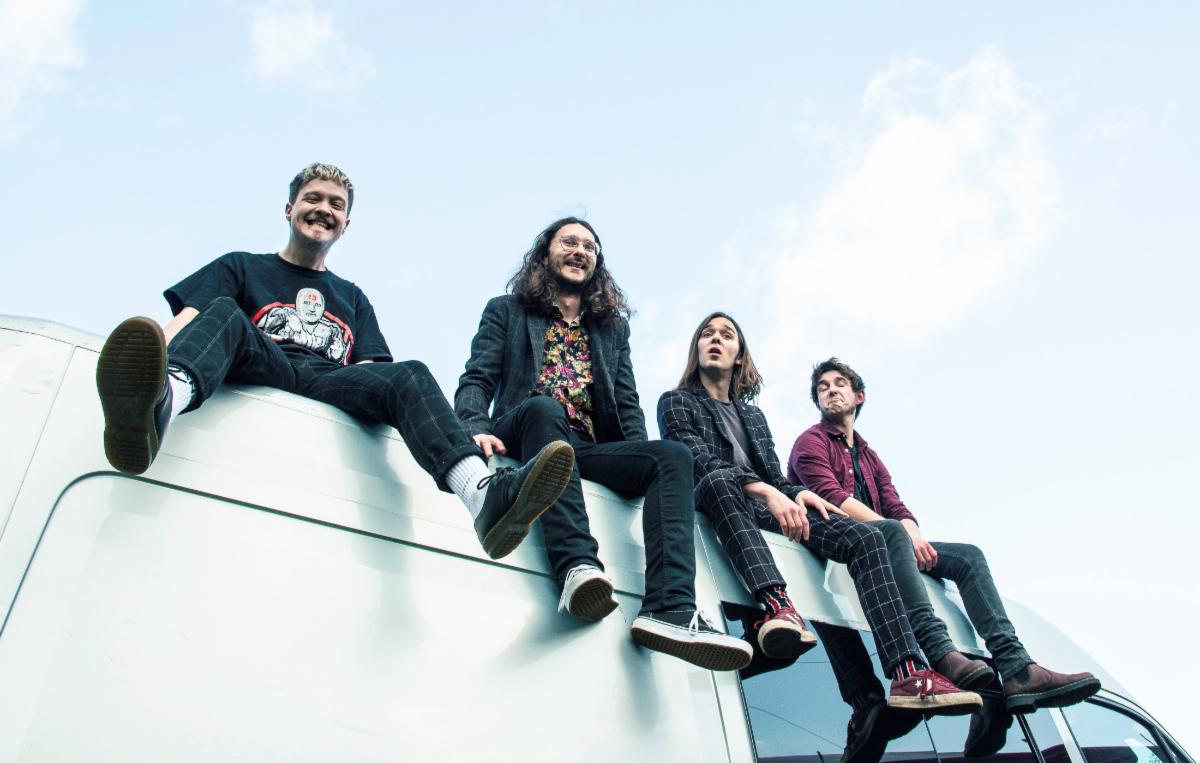 It’s been a whirlwind second half of 2022 for Mother Vulture. The blues-punk quartet spent the summer appearing at an array of festivals including ArcTanGent, Bloodstock, and Leopalooza, followed by a UK headline tour and the recent release of their debut album Mother Knows Best. Back on the road once again in support of the record, we caught up with guitarist Brodie Maguire to discuss their formation, influences, ambitions and more.

I’m Brodie, the guitarist of Mother Vulture. I like long walks in the forest and smashing myself to pieces on stage, and both of those things resonate with the band as a whole. On stage, we’re a fireball of chaos and cartoon violence. But off stage we’re (mostly) calm, docile souls, exhausted from long trips up and down the country, and probably in need of a cup of tea and a hug.

I’ve been playing/writing music with Chris since we met at uni about seven years ago. A year later we met Georgi in bar, I asked if he wanted to play some tunes with us, only because I thought he looked cool. Hadn’t even heard him sing! Eventually, after some words of encouragement by none other than Haggard Cat, at the start of 2019 we decided to actually try and make a go of being a band, but not before recruiting drummer Matt West and changing up our sound a bit. Then we hit the road hard, playing nearly 100 shows that year, and we only really had one goal in mind, have fun. Up until then, we’d played maybe a handful of shows and had attempted to take it pretty seriously, as I think a lot of young bands do. When we started doing it for the sheer love riffs, having a laugh and making people in the audience say “what the hell are these lunatics up to,” things actually started to go our way, at least to some extent.

For me it was the first time I saw School of Rock. Even though I’d always had a guitar lying around the house and I’d be picking it up and making up little tunes and riffs, I didn’t really know why. And then I saw Jack Black holding that Gibson SG and my tiny little mind was blown wide open. Let alone seeing kids not much older than me playing on stage and actually sounding good. Real or not, that movie changed my life. Then again so did Spider-Man, but that’s somewhat irrelevant…if you don’t take in to account all the climbing I do on stage.

We take from a pretty wide range of influences, and I think that’s pretty evident in our sound. Simply because each of us has a pretty different taste in music, but at the same time there’s a lot of crossover between us. The White Stripes, TurboWolf and Royal Blood are some of the main artists that drive the sound of the band, but between us there’s a really wide scope of what influences us.

We just want to keep playing shows, recording music and enjoying what we do. We’ve built a really tight knit community and we really do have some great fans, making us pies and Morrisons bracelets! (if you know you know). Other than that, if we’re not headlining Wembley Stadium by next year, I think we’ll all agree that we have ultimately failed to do anything worthy of note.

For those who are yet to see you live, what can they expect from a Mother Vulture show?

As Chris aptly puts it, “cartoon violence”. It’s chaos, riffs and energy, all put together to bring our audiences joy. You may feel like at any moment things might go off the rails, but the music always stays on track, even if we don’t.

What’s next for Mother Vulture?

We’ve just released our debut album Mother Knows Best, so we’re taking that on the road this December and maybe early next year. Then we’re hoping to have the greatest festival season ever, but…we shall see!

See Mother Vulture live at one of the following dates: