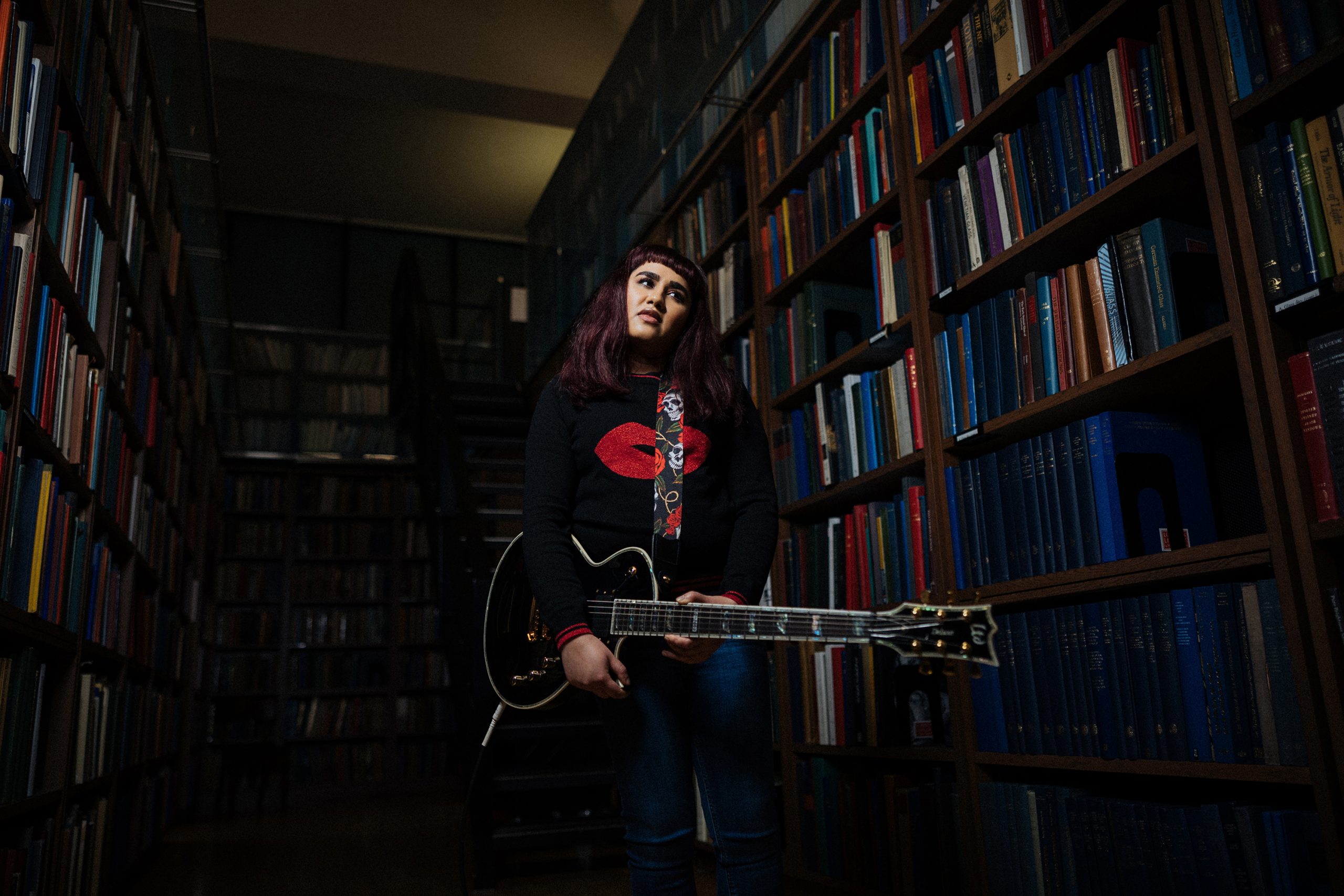 Hailing from Birmingham, UK, multi-instrumentalist Pryti was noted to be a ‘Global Artist To Watch’ by Rolling Stone India. She may not be a household name, but her debut album Tales of a Melancholic made a mark in the rock world, being praised by fans and critics alike. Since then, she’s been working with long time producer Justin Hill (SikTh, Young Guns, Heart of a Coward) to develop her techniques and sound.

Growing up, Pryti cites Linkin Park’s Hybrid Theory as an influence on her style, which translates into her first album as well as the newest Searching for Now Lost in Again. However, her second album moves towards an indie and electronica sound, as she explores who she is within the music industry. By combining different genres, Pryti demonstrates her openness to find her sound and carve her way in what is still a male dominated genre.

Opening with Hypnotise, Pryti starts off with a heavier track. It’s a beautiful weave of piano, heavy guitar and complex drumming that is reminiscent of early-Evanescence. Hypnotise has the right balance of softness that never gets lost with the hardcore guitar and bass rhythm, denoting her influence from her teenage years of listening to nu-metal and rock. Her vocals also are delicate as she breathily sings “look into my eyes,” before finishing strong with “let me hypnotise you, over again”. Pryti empowers the person she is giving the ultimatum to. By consenting to hypnotism, they are writing their own destiny and have control over possible outcomes, or face the uncertainty of letting “fate decide, again.”

Similarly, Warning Sign addresses choice, but in the form of relationships and cutting off toxic partners. The verses sound distant as she reflects on a previous relationship, but breaks free as her vocals become clear on the chorus. Although this song is about hindsight, Pryti demonstrates that it might be scary at first, but there are better things than staying with a toxic person for the feeling of security as “there’s nothing left to prove”. It’s the freedom of choosing to set yourself free from expectations that shines through on this song.

Midway through the album, Battlefield is the track that stands out most for the electronica influence. With the build up similar to A Place for My Head off Hybrid Theory, Pryti pays homage to the album that means a lot to her. With themes of love and internal struggle, this tells a complex story. From the fear of self-explosion and harming them, to wanting to feel loved by them, “you shouldn’t have come here” and “I’ll rip us both down” demonstrates the anguish of a dichotomy that many face.

Near the end of this album, Pryti’s pop influence is heard on Waves. Starting off acoustically, her voice is beautiful as she is accompanied by the piano. Working together, both instrument and voice build towards the chorus and are met with the crashes of an electric drum machine, mimicking the sounds of waves. Though haunting, the song is one of the calmer songs on this album.

To conclude, Searching for Now Lost in Again is ambitious. In contrast to her last album, Pryti’s newest album sees her experiment with other genres such as indie and electronica, whilst pushing her vocals to the max. No wonder she is considered one to watch!

For Fans Of: PVRIS, Against The Current, Young Guns 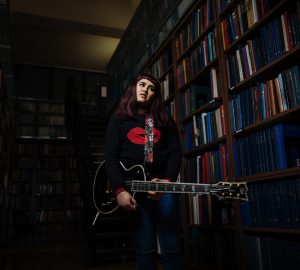