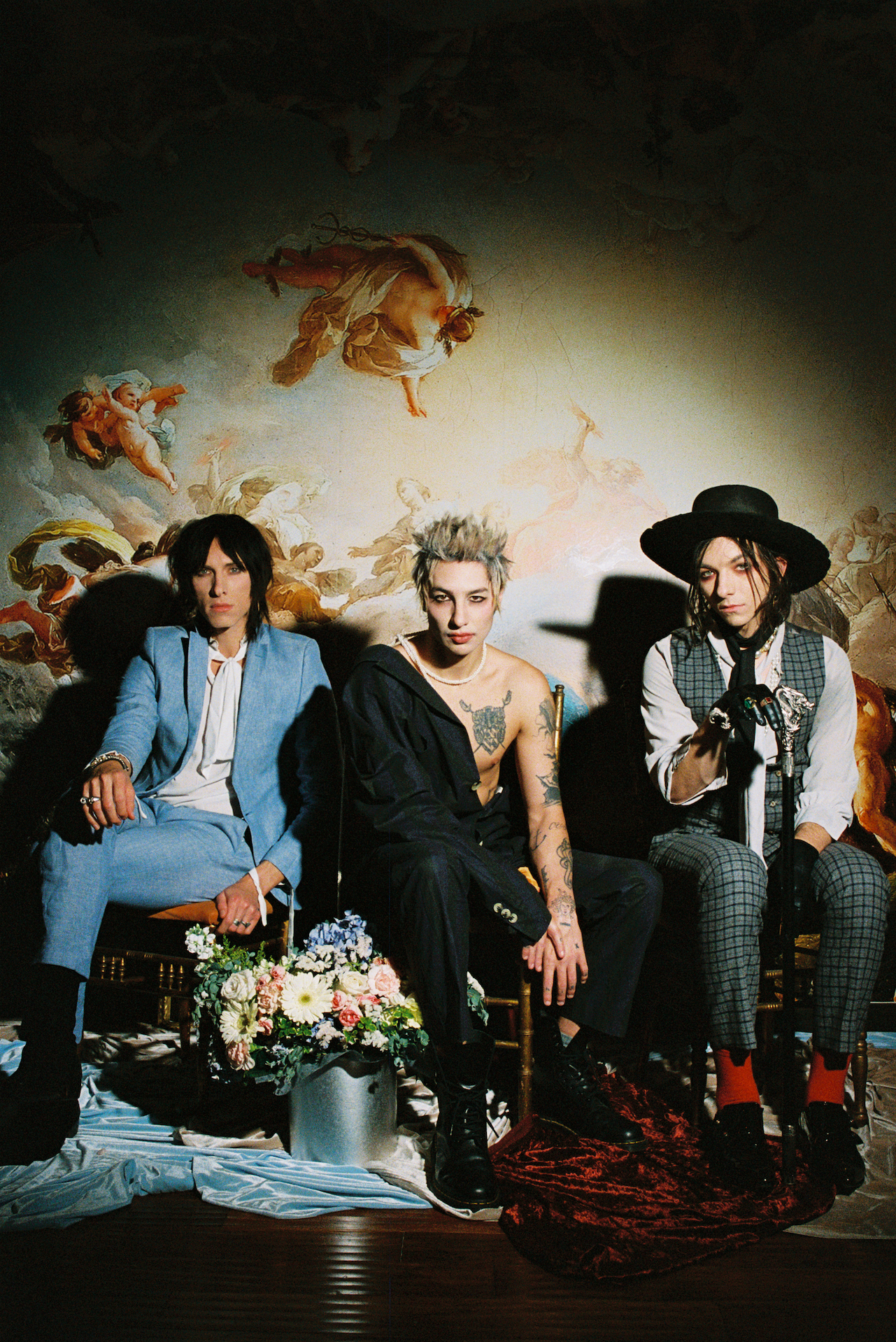 Whilst 2020’s Bastards concept record started to highlight Nevadan trio Palaye Royale’s potential, tapping into brutal honesty within their lyrics and pushing their boundaries both sonically and creatively, the record just falls short of being phenomenal. Whilst it would have been easy for the band to coast and maintain this still impeccable level, they instead collect the crowning moments and refined them into the pièce de résistance that is their fourth record, Fever Dream.

Produced by Chris Greatti (Machine Gun Kelly, YUNGBLUD, Pussy Riot), the trio have teased fans for better part of a year with not one, but six singles, all of which were stronger than their predecessors. While their overall sound is more polished, with higher production value and general song writing, they don’t lose the essence that makes them them. For example, all singles were accompanied by intrinsically detailed music videos, remaining faithful to their art/fashion-rock roots. They somehow take the brutal honesty and vulnerability hinted at in the previous records even further.

Opener Eternal Life (Intro) immediately wraps the listener in a melancholy shawl, with its simple picked guitar giving singer, Remington Leith’s, vocal so much space you have no choice but to listen to every word of this bittersweet prelude. Giving a neo-renaissance feel, and highlighting their classical training in ways not seen in their previous discography, the track perfectly suits the accompanying artwork painted by drummer Emerson Barrett, instantly illuminating the maturity and growth behind the album. The lullaby nature of Remington’s vocals stir a chill that slowly creeps up your spine. But, this eeriness is temporarily broken by the angsty grit fans are familiar with when he screams “it’s been 40 days and I’ve lived 40 lives”, hinting at the turbulence yet to come. The seamless transition into Eternal Life again highlights their progression as songwriters, but most notably, the chorus has a Norwegian Wood feel, but you know, if The Beatles were going through their emo phases during an LSD trip instead.

Igniting the new era in 2021 was sarky, summer hit No Love In LA, which draws upon alt-pop influences, making it fans’ summer soundtrack, whilst socially critiquing the world in which Palaye have come to reside. In comparison, Punching Bag is the ultimate fight song for anyone battling inner demons. Broken marks the pinnacle of heartbreak, where a capricious relationship between two unsettled souls unfolds. Despite their efforts to salvage, the agonising revelation of “I’m not worth it to you so why are you worth it to me?” becomes the crux of the song.

Yet, it is the title track, Fever Dream, which is the crowning jewel of the record. Musically, it builds on the core strengths of the trio – rock tendencies laced with classical embellishments such as piano and strings, the five-minute ode feels more like a mini rock opera itself. In particular, guitarist Sebastian Danzig’s talents truly shine with the intricate melodies and soaring solos. Contrasting to these theatrics, acoustic tracks such as Oblivion and Line It Up (Feat. LP) offer a rare glimpse into the brothers’ tempestuous childhood as Remington reveals “I’d rather die than live my father’s life”. Here his signature rasp, through prominent throughout, lands differently, the emotional and melodic maturity hits deeper than any of their past confessions.

But just as you think the record is more suitable for the Royal Albert Hall rather than the clubs of Camden, Palaye returns to their rock roots in the latter half. Where Lifeless Stars, Toxic In You and Wasted Youth perfectly balance driving instrumentation with ear-worm melodies, similar to My Chemical Romance’s Danger Days, that’ll be stuck in your head for days. Likewise, King of the Damned and Off With The Head encompass classic Palaye, being the straight-up anthemic rock we’ve come to know and love from them.

There isn’t “just an album filler” to be seen. It’s a record comprised of stand-alone singles, making Fever Dream easily Palaye Royale’s strongest release yet. They once again prove how risks, authenticity and vulnerability are fundamental when creating a masterpiece, and no wonder after revealing it took 27 months to complete, marking Fever Dream as their very own Black Parade.

For Fans Of: My Chemical Romance, Mäneskin, Black Veil Brides