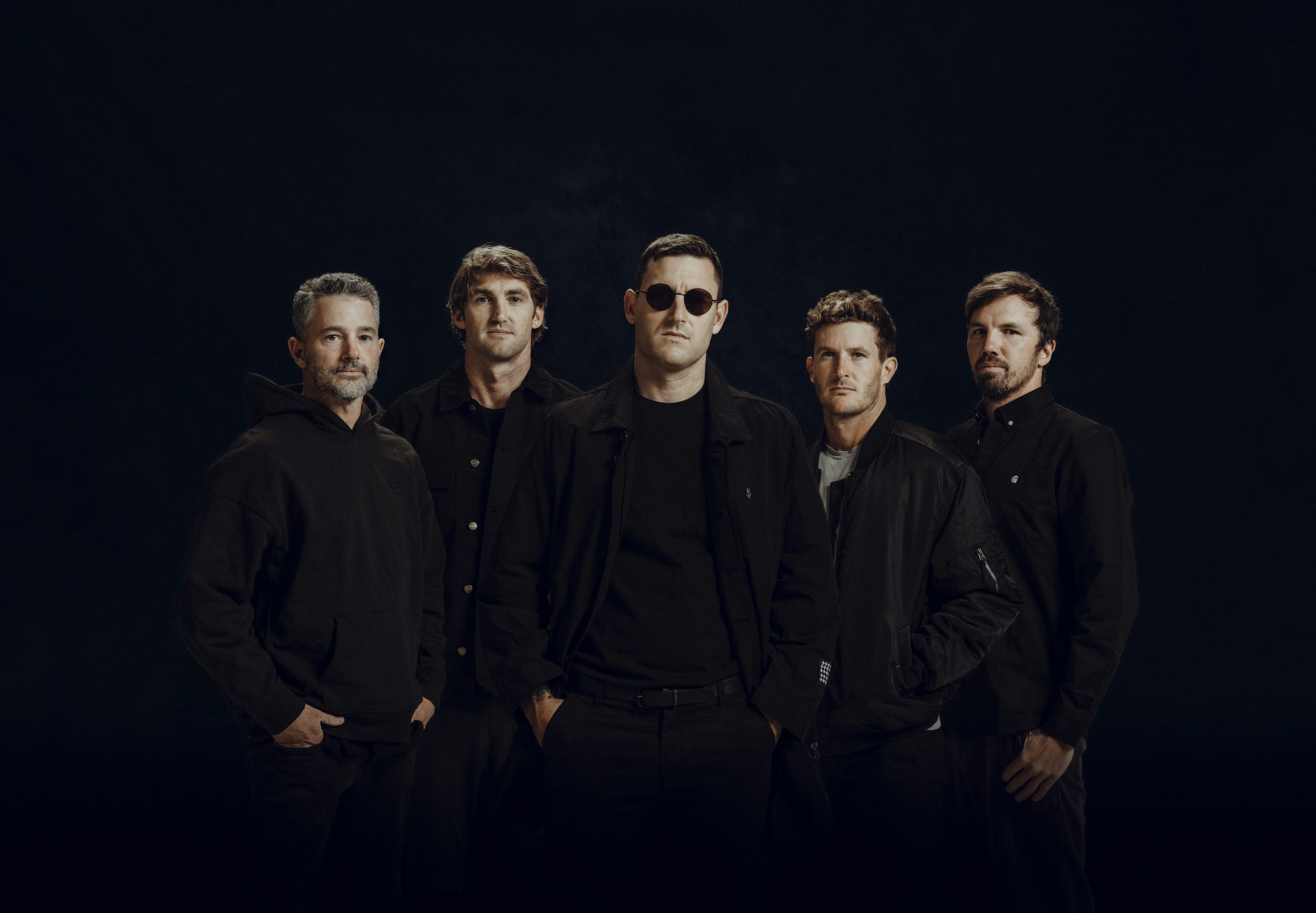 Parkway Drive are one of the best metal outfits to come out of the 21st century. Albums such as Horizons, Deep Blue, and Reverence have propelled the band from the garages of Byron Bay to the arenas of the United Kingdom.

2018 was a monumental year for Parkway Drive, after the more radio-friendly yet extremely successful Reverence gave the band the final push from your venues to your arenas.

Off the back of that year and after headlining Wacken Open Air, whatever Parkway were set to release next naturally had huge expectations, which is probably why they haven’t released anything in four years.

The band’s new record Darker Still is undoubtedly going to divide opinions. The singles alone have. However, what Darker Still does resemble is the band’s most technical record… to mixed success.

Opener Ground Zero eases you in, before the band “drop the beat”. It’s a strong opening riff, which does feel fresh out of Reverence. “We’re no better off alone than a timebomb” is the reoccurring lyric in this track, which builds nicely, with some melodic backing vocals. It’s very much the new Parkway.

Like Napalm has almost a Rammstein feel to the riff, it’s strong and very industrial. The chorus lets the track down a tad, but doesn’t quite pause the momentum the track thrives off. Jia O’Connor‘s bass tone is sounding fantastic and the breakdown is pretty strong, and yet again, very Rammstein.

Lead single Glitch has a strong nu-metal feel to the verses, with frontman Winston McCall adopting a Fred Durst style to his vocal rhythms (that’s where the Limp Bizkit comparisons end, don’t worry).

Parkway have always been big on breakdowns, with Deep Blue seemingly having them every minute or two. Glitch’s breakdown is quite a good analogy for modern Parkway Drive – it’s a heavy breakdown, but not crazy heavy, almost like a breakdown for people getting into metal music.

The Greatest Fear takes a bit of a step back, beginning with what sounds like a church choir and an organ building up to the beginning of the track. If you’re into your classic metal you’re likely to enjoy this one. McCall’s gloomy vocals accompanied by solid chanting vocals work brilliantly together. The track still keeps the band’s DNA firmly intertwined, with a big breakdown that is almost definitely going to go down well live. It’s a brilliant modern take on classic metal.

The following track, Darker Still, is a track like no other Parkway have ever released, and that’s almost instantly apparent from the whistling and gentle acoustic guitars. Standing at near seven minutes, and featuring McCall’s clean almost spoken word vocals, it’s a single that has shown the growth of the band in the past near 20 years. Its production is of the very highest quality, and has a bluesy feel to it, especially with Jeff Ling’s guitar solo. As with Reverence, the band optimise the use of a full orchestra, adding to the wall of sound that makes up this track. It’s by far one of the most impressive songs Parkway have released, because it’s clear as day how much thought has gone into the makings of not just this track, but the whole record.

Imperial Heretic has the tough job of following up Darker Still. It doesn’t quite do it justice. It’s a pretty average modern Parkway track that passes you by, and even the breakdown doesn’t really get your attention. The backing vocals are a nice touch towards the end of the song, and that’s about it.

If A God Can Bleed starts with a clear Linkin Park influence. A strange muffled highly edited vocal of “If a god can bleed” echoes around with some bizarre production. McCall’s spoken word vocals are just weird, as are the lyrics: “Fat little piggy with his head on the block”. We’re going to be honest when we say that this may be Parkway Drive’s worst ever track. It’s like they made it when they were really high and released it as a joke.

Moving on, Soul Bleach is slightly more familiar territory for Parkway fans as they revert back to their metal roots. It’s a bouncy track that will fit extremely well into their already amazing live show. McCall’s rapping delivery works very well yet again, and although the “kill!” chants are a bit corny, it’s a return to form. The track also shows a small snippet of McCall’s gutterals – it was very short lived, but still a nice throwback!

The 52-second Stranger is eerie and in a similar way to If A God Can Bleed, it adds nothing and just has you there thinking “who’s idea was this?”. We really don’t know what else to say about it.

Sadly, Land Of The Lost features more of the weird effects that somebody has decided to put on McCall’s vocals for no apparent reason, apart from to weird out the listener. When you’re trying to win over fans to your newer style of metal, this really is not the way. This one has a bit of a dystopian feel to it, and the breakdown is probably the best on the LP, but its still not that great. It also sounds very similar to the Glitch breakdown.

Closer From the Heart of the Darkness has some pretty middle-of-the-road lyrics, as has been the theme with recent Parkway songs. Sometimes it’s like McCall searches into Google “metal lyrics”, and Darker Still has plenty of the results.

There are some strange production choices once again. Weird crowd noises, some “ooo, aaa”’s which add very little, and also perhaps one orchestral element too far. This closer perhaps reminds you that if you can do something, it doesn’t mean you have to.

To summarise, Darker Still is a pretty disappointing record that fails to live up to the highs of Reverence, or much of the band’s other material. It’s got some weird tracks, but it’s also got some of the band’s best work.

Older fans of Parkway will struggle to enjoy a lot of this record and there will be some fan backlash, but this is who Parkway Drive are now and they should be respected for it. But, in some tracks, they really don’t do themselves any favours.

For Fans Of: Rammstein, Korn, Metallica