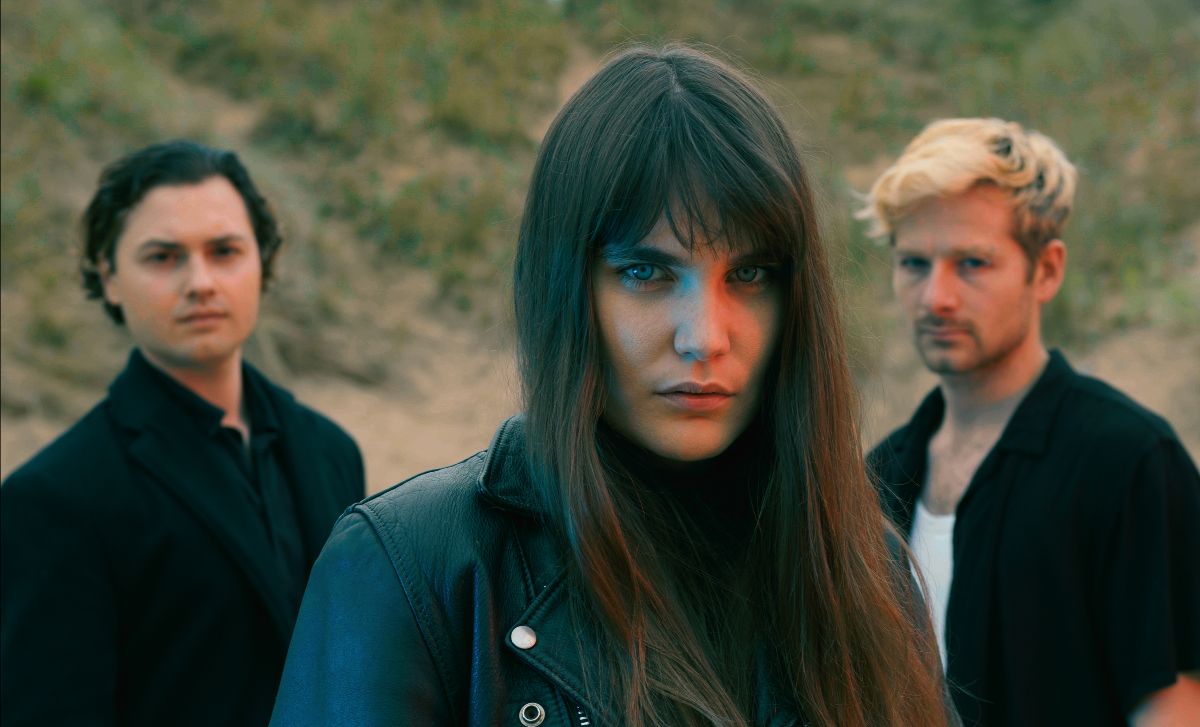 With roots in Venezuela, France and New Zealand, Calva Louise combine their influences to make waves in the UK music scene, with their own brand of alt-rock that has been setting festivals and venues all over the world alight. We caught up with vocalist Jess Eastwood, drummer Ben Parker, and bassist Alizon Taho at 2000trees to see how the band’s last 12 months have been, and the drastic new direction their music is taking in the very near future.

How has the last 12 months been for you guys?

Awesome! You’ve been all over the globe in the last year, what has been the best place you have played?

Ben: That’s a really good question because there’s so many places, everywhere in the US was amazing.

The photos from your US tour looked really cool.

J: It looked like a film because there was so much space and it’s so big. We were supporting this amazing band that are playing today called Slow Crush, and the people that go to their gigs are really, really nice, and really open-minded, so we felt very welcomed into the US.

Did you gain a few new fans there?

So, you guys are in the midst of a UK tour right now, what’s been the best show so far?

A: I would probably say last night in Manchester.

Obviously, this is you guys first time playing 2000trees, is it your first time visiting the festival?

B: Yeah, it is. We’ve been booked for this festival since like 2019, we’ve always wanted to come though.

How are you feeling ahead of playing the Forest stage later today, have you seen it yet?

Yeah, we think for all the bands it’s a case of if you’re not playing the main stage, you want to be playing the Forest stage. We think your music suits it perfectly. We also saw on your Instagram that you guys were teasing new music soon in early June, and now it’s mid-July – what’s going on guys?!

J: Yes aha! On the 12th July it will be announced. We’re doing a collaboration with an amazing drum n bass artist from Italy, he wrote a song and I made the vocals and the guitar solo. It’s this metal drum n bass track, but it’s very progressive metal, it’s super cool. We’re really happy because it is being put out through this really cool drum n bass label called Monster Cat, we’re doing that so the next stuff is going to be heavily influenced from that electronic style. We’ve got some really good friends who are DJs/producers.

Drum n bass aha, we did not see that coming!

J: So, I don’t know, but you might have heard of St Agnes, we did a collaboration with him last year, and yeah, he collaborated with a lot of rock bands and he had the perfect song for us, and we loved it.

We love drum n bass so we honestly cannot wait for that track – you’ll have to send it to us early! Lastly, are you guys planning on announcing a headline tour anytime soon?

J: Well, I don’t know, because all the new stuff we have is currently being produced so as soon as that is done, we would like to release that music and tour all that. But we have to learn everything back from scratch, so it’s going to be all the new stuff and then we will take it from there!

MUSIC NEWS: The Wombats Announce EP Details & Release Video For New Single ‘Is This What It Feels Like To Feel Like This?’