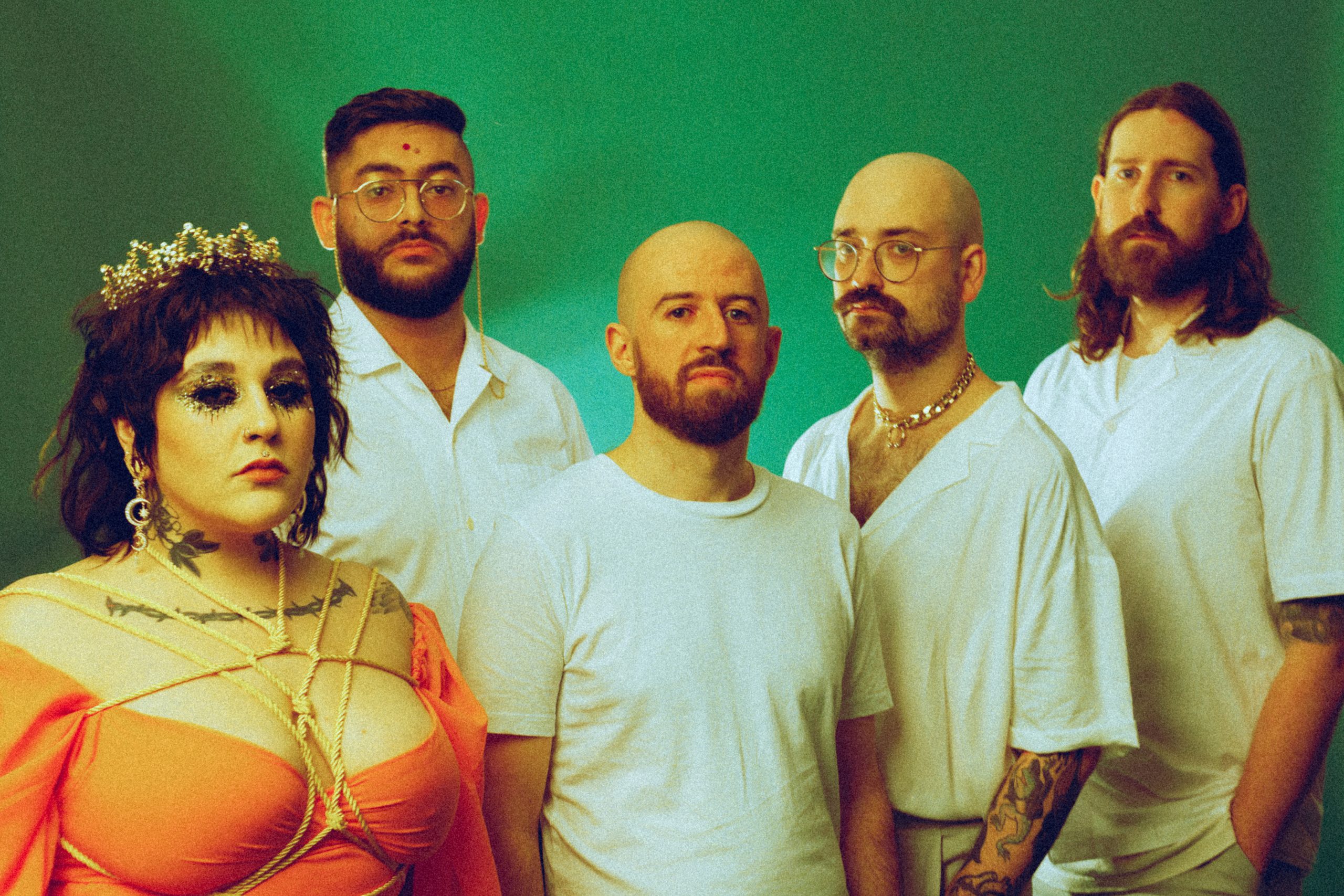 Social media has many positives and many negatives. An arguable positive is that it’s rather proficient at popularising and raising awareness of terms and phrases that often originate from marginalised communities. In recent years, you may have encountered the term ‘glow-up’, be it in a piece of writing or on a video about something you love. It’s often used to describe amazing transformations or massive improvements of people and things, and has been credited in origin to rapper Chief Keef. They Fear Us by Ithaca is a textbook example of a glow-up.

In The Way promptly removes any obstacles in its way by throwing itself around like an aggrieved elephant, powerfully putting forward its message. Djamila Boden Azzouz‘s utterly furious vocals combine with the guitar work of Sam Chetan-Walsh and Will Sweet…and then the chorus comes in and, for the first of many times this record, we hear Boden Azzouz’s absolutely mesmerising singing voice. That chorus will plant itself in your head immediately.

They Fear Us twists itself around like an angry serpent, and its chorus is something that would grace the flat earth that Steph Carpenter dreams about. Deftones write lots of great songs, but they haven’t written a song as good as They Fear Us for a decade. An absolute masterclass, and the lyrics “bow to your blood, your queen and your God” deserves to end up tattooed on many peoples’ bodies in the future. The bass playing from Dom Moss really anchors this song and provides a most satisfying bottom end. A furious, feminist anthem.

One of the other major highlights of this record is the absolutely crushing Camera Eats First. Crushing in the sense that the subject matter is far more brutal and interesting than just generic “world is bad” sentiments. The livid and feral delivery from Boden Azzouz rams home the incredibly powerful messages about eating disorders and body hatred, and James Lewis‘ drumming snakes around the juddering attack from Chetan-Walsh and Sweet, whilst sounding like someone getting booted in the cranium over and over again.

Cremation Party brings us a moshfest fit for a queen, Elite by Deftones to start mixed with a little deathcore flavour to taste, and Number Five (amusingly, track six on the record) sounds like Lamb Of God all joined Converge and got Chino Moreno to do the chorus. These are all wonderful things, and the song absolutely flies by, casually kicking the listener’s head in. The absolutely gorgeous, overtly Rolo Tomassi-esque Flourescent is another vocal showcase, and the vocals provided by Chetan-Walsh mesh so fantastically well with Boden Azzouz’s. We can hope that this remains a staple of the band’s sound for years to come.

As magnificent as this album is, seven tracks in and as crushing and exhilarating as the previous 25 minutes or so are, the final two songs take us to another level entirely. You Should Have Gone Back builds itself out like a video game boss reaching its final form, and its climax is stirring enough that it would have ended up closing most albums, the subtle horns just adding this mournfulness to slightly counterbalance the stirring vocals. Ithaca are just flexing on pretty much the entire heavy music scene at this point, and their final trick is the moment they destroy all opposition.

Hold, Be Held is a closer that is going to destroy all opposition, not by brutality, but by heart and soul. Influenced as much by Whitney Houston and Massive Attack instead of, say, Killswitch Engage, it also rubber stamps that Boden Azzouz is a genuinely brilliant singer with a voice that, in a just world, would have been on be on every Eurodance hit of the 90’s. If this song had Beverley Knight on vocals, it’d be on Later With Jools Holland, and whilst he’d do that annoying thing with the boogie woogie piano, it wouldn’t change how incredible this song is. It is a stirring rallying cry for all those who’ve been traumatised, or been hurt, be it by an individual or systemically. A song that is like a warm hug with your friends and loved ones, sounding so defiant in the face of horrendous opposition, not from a place of hate, but one of eventual peace and warmth. If this song doesn’t move you even just a little bit, especially every time you hear the lyric “when will I heal?”…then nothing ever could. Also, Yansé Cooper’s guest vocals are “Youssou N’Dour on in Your Eyes” level magical.

The production on this album is magnificent, the vocals so clear in the mix. Every guitar riff has an ear-pleasing thickness to it, no powerless chords here, only the heft these magnificent songs deserve. Lewis Johns, with yet another ridiculous effort, has surely hit the top tier of British producers by now and his name on a record is a seal of quality. His diary must be fuller than an angsty teenager’s at this point, such is the track record of his work.

To say this album is better than the excellent 2019 debut The Language Of Injury seems almost redundant, because you will know that yourselves after about 15 seconds into In The Way. The advancement on every single level is absolutely ridiculous, from the songwriting, production and use of melody. It has to be living high in every sensible music writer’s end of year lists. The only people who should be fearing Ithaca at this point are people with bad taste in music, and bigoted morons afraid that people whose cultural heritage isn’t just white and heteronormative might actually have a seat at the table. A glow-up, a total triumph and one of the absolute highlights of 2022, and if people don’t get behind this band now the way they have some others lately, they will be letting themselves down.

Standout Tracks: They Fear Us, You Should Have Gone Back, Hold, Be Held