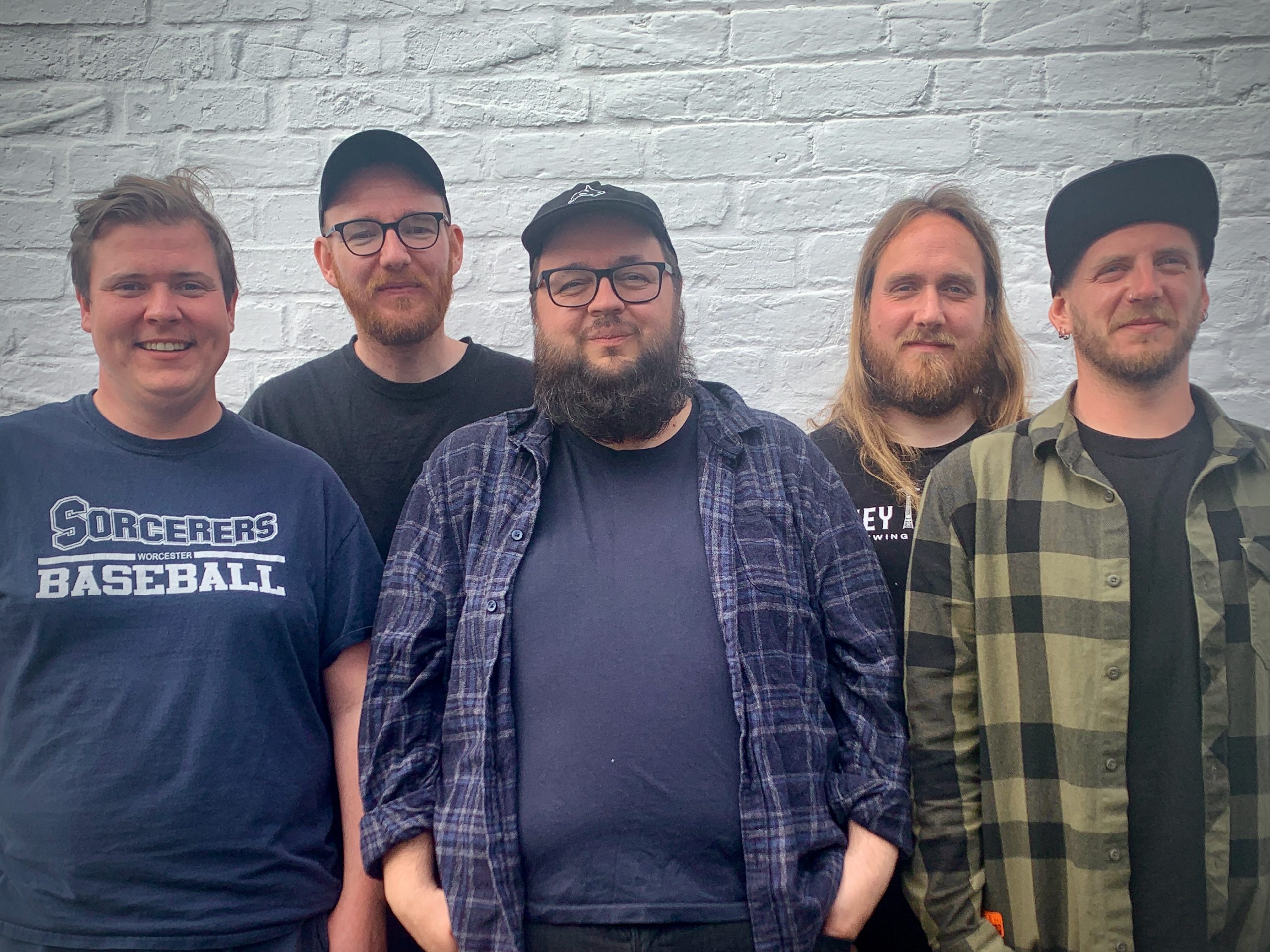 In a time where anti-establishment is pretty much the norm, an anarchy record seems obsolete, right? Yet, Worchester punk rockers Fights & Fires’ latest EP immediately conjures fists and middle fingers in the air, igniting you to rage against those who tell you “the life you’ve created just isn’t worth it”. And in true Fights & Fires fashion, Future Plans And The Things That Ruin Them is aggressive. It’s raw. It’s the punk record of the COVID generation.

Since their formation in 2008, the melodic-punk quintet have dropped an array of releases, and even their own hot sauce to prove how spicy they truly are. So, they’re no stranger to commenting on social turbulence, with song titles such as Up, Down, Labour, Conservative, A, B, Start. However, opening track, Disposable Dogs, propels you into a new world where brutal honesty punctures. In particular, the bitterness as vocalist Philip Cox sardonically spits “Retrain. Relearn. Reskill.” makes anyone want to scream along with him, artist or not.

Likewise, the irresistibly catchy, and equally as angry, Shitty Year had us singing along almost immediately. Again, creating unity in chaos in a way that only punk can. However, the track feels more polished than its predecessor, with Ryan Price and Philip Cook’s melodic guitars and chorus harmonies reminding us of The Wonder Years, adding pop-punk undertones. Yet, instead of lamenting small-town fever like most 21st Century pop punkers, Fights & Fires rage against COVID-induced cabin fever. Reminiscent of the Descendants ‘Merican, the decline in hope, surge in hysteria, and listing lyrics feels like each new “No” is another fingernail scratch to the walls you’re trapped behind. Equally, Cox’s signature sound helps maintain the hard punk rawness that underpins the EP. Imagine Meat Loaf pierced and mohawked, belting his distain down a microphone. Cox’s style mimics that elongated vibrato, which embellishes each note, but has been roughed up with a Johnny Rotten edge.

Nevertheless, our favourites have to be the straight-up rock track Bed For Bones, whose Thin Lizzy guitar hook had us reeled in from the start. What’s more, the melodious backing vocals and guitar arrangements, which perfectly complement Luke Tasker’s aggressive bass and Lee Jackson’s driving rhythm, make the song feel anthemic, rather than a single soul rioting against the status quo.

Alternatively, closer, Pocket Full of Flowers, offers bittersweet nostalgia, which Cox shares emulates “the naivety of love, and how focused we can be on it [to] cement our happiness.” However, despite the heavy undertones of political and personal unrest, Future Plans’ “only real theme is hope,” which can most prominently be seen in Pocket. This is the song you’ll hear at a gig, cling onto your best friend in your drunken high, and serenade each other in the most theatrical of ways as it’s message ricochets within you.

Ultimately, in an era of hubris, innuendo and false needs defined by consumer culture and political disdain, Fights & Fires have released a provocative record that challenges said establishment whilst offering hope.

For Fans Of: Astpai, The Wonder Years, Descendants