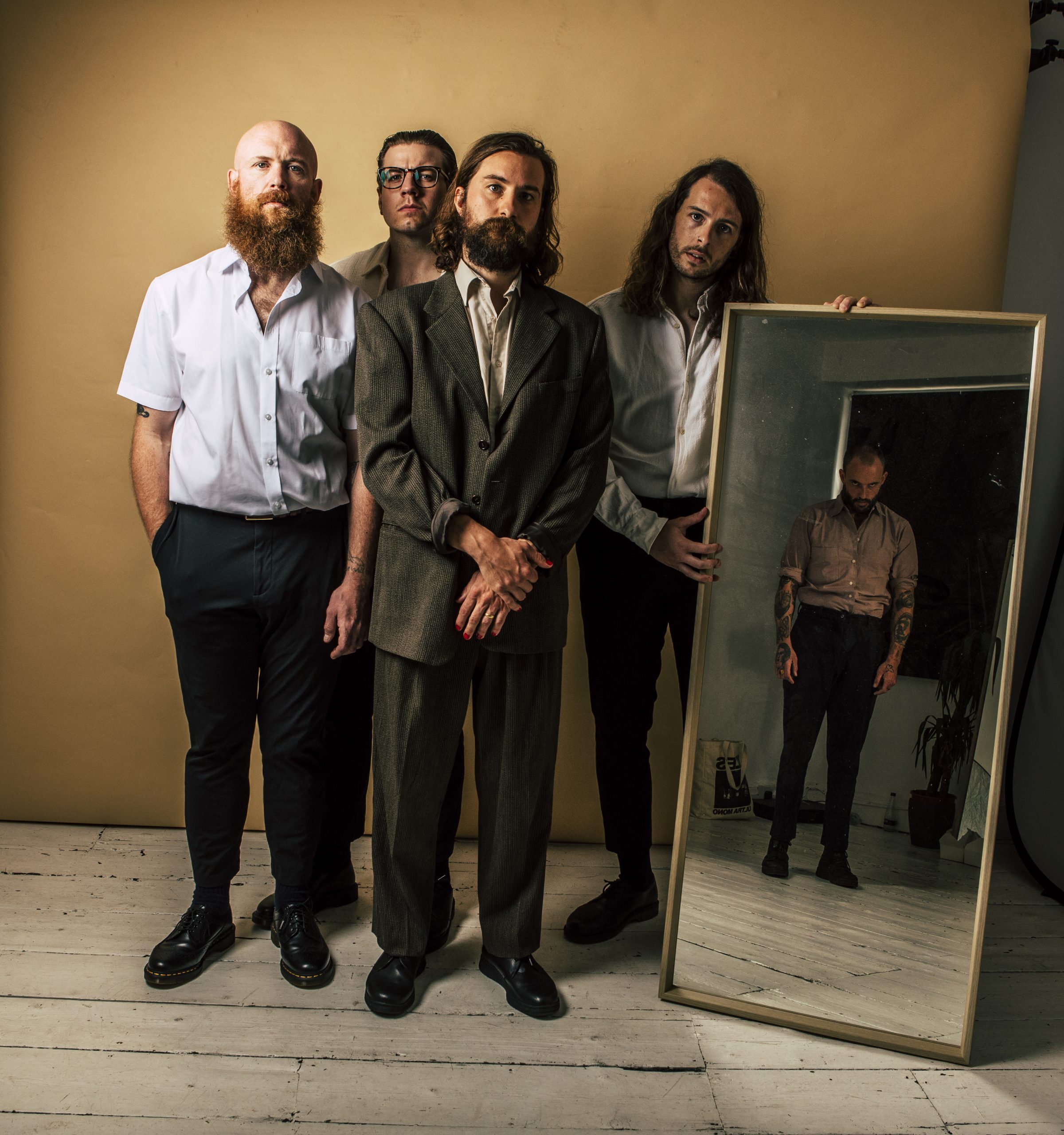 IDLES are the post-punk band of this generation. Their gritty debut Brutalism earned them plaudits for their no bullshit approach, whilst singer Joe Talbot’s lyricism caught the hearts of many.

Their breakthrough record Joy as an Act of Resistance propelled them from obscurity to the very heights of post-punk. Its tales of immigrants, love, and boneheads grew the band’s following massively, and deservedly so. It is an album that will be remembered for years to come

Following up an iconic record like that was never going to be an easy task and Ultra Mono proved that, by failing to quite live up to the extremely high standards the Bristolians had set.

Then, almost out of nowhere, IDLES announced the release of CRAWLER, with single The Beachland Ballroom showcasing a completely different, reflective sound to what were used to hearing from the angry, post-punk band.

The piano almost walks through the track, with a sweet synth intertwining the notes. It’s just not what you expect from IDLES, but it speaks of the talents of the band that they pull off this sound pretty convincingly – however is it what they do best? We’re not so sure.

Thus, going into the record, we were in the dark with what to expect – but it becomes pretty clear pretty quickly. Opener MTT 420 RR continues treading along the theme of a new IDLES, with a clear and effective use of synths, with one particularly astounding synth that subtly takes centre stage – making this track something brilliant. Talbot’s spoken vocals are truly brilliant, as he murmurs “it’s raining glass like a fever storm, ever promise I have sworn.” It’s one of the best openers of the year, slowly building up to Talbot’s passionate roars of “are you ready for the storm?”

This leads perfectly into The Wheel, a track that reminds you that IDLES certainly haven’t forgot their roots. Its brilliant riff and drumming provided by Jon Beavis make it almost the perfect track to run to. The Wheel provides a commentary on different stories of addiction by using the analogy, it is a wheel and it is constantly turning from generation to generation. It’s brilliantly written.

“I got on my knees, and I begged my mother, with a bottle in one hand, it’s one or the other” is just one example of the insanely high-quality lyricism Talbot provides on this LP. In these particular lyrics, Talbot references his mother’s alcoholism, but honestly we could write a whole essay diving and delving into all the lyrics in CRAWLER alone.

When the Lights Come On feels like a welcome return to IDLES‘ second EP Meat, with its dark tones and intricate guitar playing. Adam Devonshire’s fuzzy bass playing is a particular favourite on this throwback track.

Car Crash may very well be one of the best rap songs you’ll hear all year. Talbot’s vocal production is a brilliant touch, and Beavis’ drumming feels like it’s coming at you straight from the neighbour’s garage. It’s a track that wouldn’t look out of place out of a (good) Kanye record.

“Do the new sensation” is certainly the ‘dance’ track on this record. Beavis’ drumming is yet again at absolute perfection. It’s already pretty clear that the way IDLES are using drums and bass in this LP is second to none. The way they master these instruments and make them work together as well as Fred Astaire and Ginger Rogers, is perhaps the best thing about this band throughout their discography.

Stockholm Syndrome has almost a Fontaines D.C.-esque feel to it. “How can I feel myself when I can’t even feel my face” is a great, cocaine-fuelled thought that summarises this song very well. The Beachland Ballroom perhaps almost symbolises the halfway point on this record, where things are about to change. Crawl! is a decent post-punk track, which fails to really live up to the standard set by the rest of the LP.

Sadly, the same can be said for a lot of the second half of this record. Meds call of “medicate, meditate, medicate” is a bit jarring, and despite the succulent bassline that carries the track, the only thing that really unwantedly keeps your attention is the ear-piercing saxophone solo.

Kelechi is the first of two interludes on this record. It’s just a quiet, trippy synth which adds nothing to the record, we really can’t understand any sort of justification for this waste of 30 seconds.

Progress sees the more vulnerable side of IDLES. The track acts almost as if the protagonist is on an acid trip and has then tried to put this song into how he is feeling, whilst he is still on the trip, and chances are he’ll wake up sober and delete the track without even listening to the whole thing and have an embarrassing a “what the fuck happened last night” moment.

Wizz is the second interlude and sounds like the start of a very captivating punk track, but that’s all it is. Does it add anything to the record? No, so yet again you’re left questioning what was the point in those 30 seconds.

The final tracks continue the theme of moderately enjoyable post-punk instrumentals, with not a lot else going on. King Snake is very forgettable and The End shows a little promise, but then succumbs to the same fate a lot of the tracks on this record have.

If the first half of CRAWLER was as good as the second half, then we would have a 10 on our hands, but to be brutally honest, it doesn’t come close. This may not go down as IDLES‘ greatest record, but there are certainly tracks that may very well be considered IDLES classics come 20 years time.

For Fans Of: Fontaines D.C., TV Priest, The Murder Capital