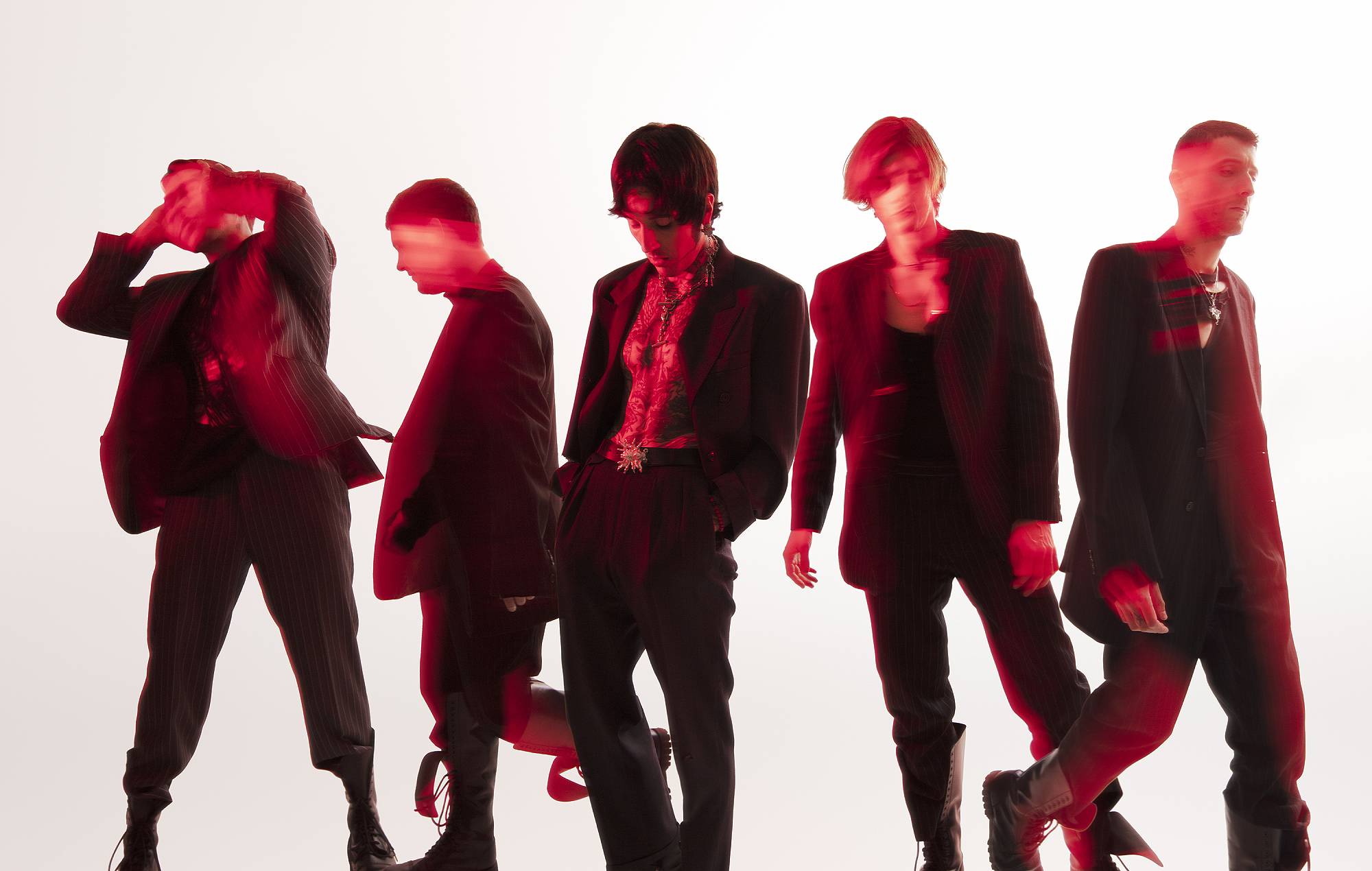 “I haven’t seen a mosh pit in two fucking years. So, you know what I’m going to ask you,” demands Oli Sykes, commanding ringleader of mosh pits and Bring Me The Horizon vocalist, as the band rip roars into the closing night of the Sheffield five-piece’s POST HUMAN: SURVIVAL HORROR Tour at O2 Arena on Sunday Night. Adorned in sophisticated rock style in matching Bring Me branded suits, backed by cyber cheerleaders and hazmat wearing dancers, illuminated by a production set up that gave a rock ready masterclass in the art of visionary illusions, trickery and symbolism. This is the spellbinding story of Bring Me The Horizon’s biggest headline show to date, done to spectacularly thrilling effect.

“Are you fucking ready London? Go!,” screams Sykes on setlist opener Teardrops, the first of seven songs to be played from the bands sonically innovating EP POST HUMAN : SURVIVAL HORROR, including the dystopian post-apocalyptic atmosphere of Dear Diary, the chaotic on-stage collaborations with Nova Twins on 1×1 and YUNGBLUD on Obey, the latter sending the tent into a mosh-pit filled frenzy. Alongside 20,000 people sneezing in synchronised unison to the unintentional virus anthem Parasite Eve, a cathartic moment of unity that would be frowned upon a year ago even keeping your two-metre distance amongst the many POST HUMAN songs making the new music dominated setlist. Ascending The O2 out of pitch-black darkness into a full-on rapturous nu-metal rave, on opener Teardrops however, Bring Me The Horizon bring a flavour of a futuristic glimpse into a glitchy technological future, with star-studded production to stimulate the senses and kick the adrenaline levels into overdrive and that’s just the opening song on the eighteen track setlist.

Continuing his command as ringmaster of pits, Sykes says: “I hope you remember what circle pits are out there. The mosh pits have been like a 5/10 so far, London you can improve your skills. All you have to do is move around in a circle like a fucking mad head.” A song you definitely do want to be moshing to, Bring Me The Horizon break out into the first dose of mainstream breakthrough album Sempiternal with the post-hardcore heaviness of The House Of Wolves, alongside the latter atmospherics of Shadow Moses. “I can’t fucking hear ya,” beckons Sykes in the direction of the packed-out floor filling The O2 and willingly wanting to obey to Sykes singing and mosh pit demands, the standers and the entire arena bark back “Brick by brick by brick” singing along a little fucking louder indeed.

Making music to take them into arenas, Bring Me The Horizon have been peoples gateway to get into rock music, with their cleverly constructed crossover into the mainstream on recent records like 2015’s That’s The Spirit and 2019’s amo. Even new extreme emo pop anthem DiE4u bridges the gap between the two and gains a singalong seal of approval from the audiences on its first even run of live outings. A sentiment echoed by Sykes on its lyrics of toxic relationships that make you realize who’s truly important in life, something Sykes emotionally nods to preceding the track’s performance: “I heard a quote the other day that I thought was so true. Broken people fix broken people. And you lot have saved me more than you will ever fucking know. You save my life everyday. I’d die for you, you know.”

“What kind of song would you call this? I guess you could call it a happy song” continues along the lines of the more modern Bring Me material making up the setlist, with That’s The Spirit’s monstrous slice of cathartic chant worthy rock Happy Song amping up the spectacular stage production to thrilling effect once more, with pom pom dancing cyborg cheerleaders and promises of “You will die if you stand in the middle of this mosh pit” only riling up the crowd to earn their stripes, upgrading the pits from a 5/10 to a 10/10 in the space of a few songs. “Now that’s the spirit. 10/10 London you did yourselves proud, fucking legends,” The O2 finally getting the top tier seal of approval from the master himself. An acoustic take on Follow You follows, stripping back the band to a three piece of a visibly emotional Oli Sykes reduced to the point of tears during the simplistic take on the track, Lee Malia on the guitar and Jordan Fish on the keys, calming down the chaos for just one moment in time, that was before the epic electronic pulses of the almighty Throne during the encore kicked this Bring Me show back into action.

“We’ve been a band for 16 fucking years now, we are old. All that matters is that you are here for our band, I don’t care if there is 100 or you or 16,000 of you, the fact that you relate to what we do on this level is fucking mindblowing. Thank you from the bottom of our hearts for supporting Bring Me The Horizon throughout all these years,” is Sykes final heartfelt speech that comes before setlist closer Can You Feel My Heart. Barely making it to the song’s bridge, tears choke Sykes up, the crowd taking on vocal duties he is too overwhelmed with emotion to temporarily do. Sykes has no hollow shell for a heart here, and BMTH just rocked 20,000 people’s fucking world.

Bring Me The Horizon might be one of the biggest modern-rock bands around, but there was no rockstar ego attached to this show. A thrilling glimpse into a glitchy technological cyber future of live music on Bring Me’s biggest headline show to date, this will not be the biggest show Bring Me put on. This band will be back to ascend to even higher tiers of mainstream rock royalty, headlining Download and Reading And Leeds Festival doesn’t seem like a pipe dream to these “nobody kids” any more, but a reality that is bound to be a “dream come true” in the near future after that life affirming masterclass.

Head HERE to check out our photo gallery from the Utilita Arena, Sheffield date of their tour.