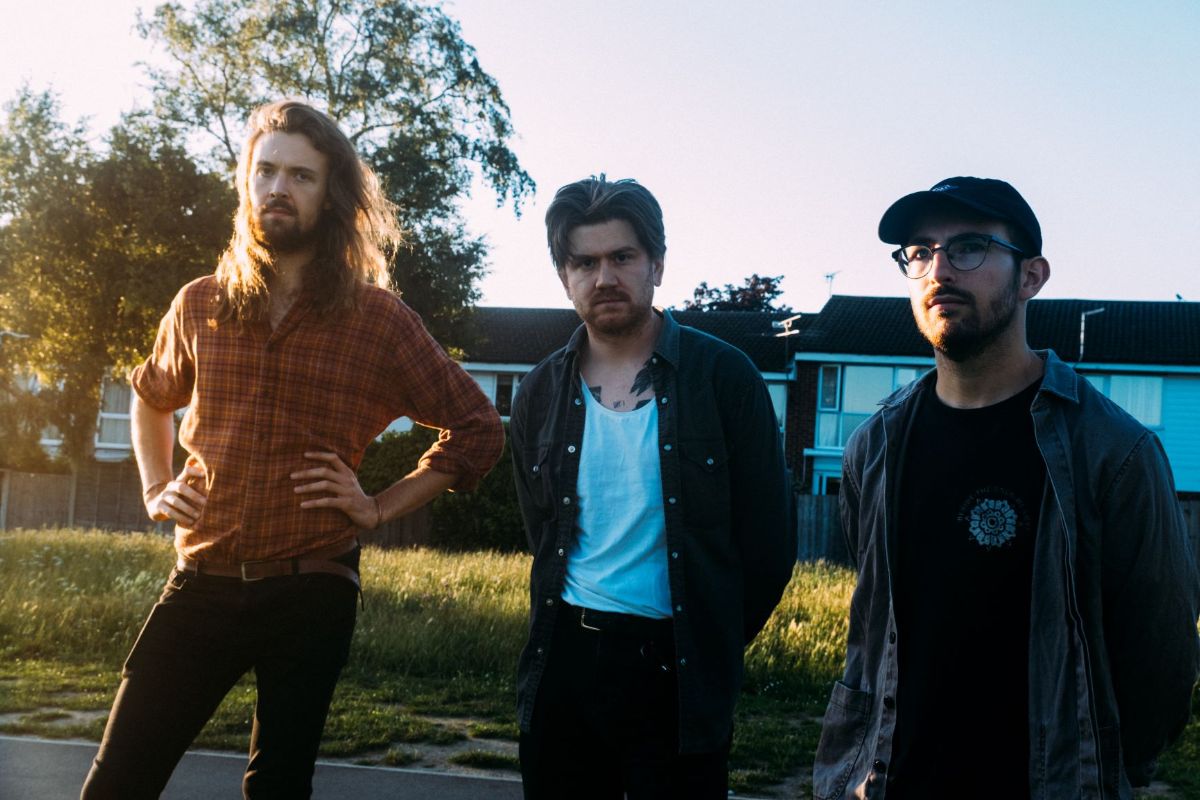 Brand new indie-rock trio Muttering made their mark earlier this month with their debut EP Don’t Think About It, which they refer to as “songs for the end of the world.” We caught up with the band following the release to discuss their formation, influences, ambitions and more.

We’re based around London, and we met through recording various projects at our guitarist Tom’s studio, The Bookhouse. The band has a melodic rock vibe with lyrics that avoid love song clichés. Songs for the end of the world.

In late 2019 we decided to put the band together to work through some issues/guitar parts/lyrics we’d been bottling up. We hoped we could make something that filled that empty space, or at least get to play some gigs.

Chaz: I’ve always enjoyed singing and playing music, so getting to do that with friends where you basically just hang out and try and write something decent is always great.

Tom: I don’t really remember wanting to make music until I got my first Fender Strat aged 11, and then that became all I really wanted to do.

Our main influences would be loads of 80s and 90s stuff like Joy Division, The Smiths, Echo and the Bunnymen and Pixies, and then more modern things like Fiddlehead, Pianos Become The Teeth and Spanish Love Songs.

We want to create really good art that means something. Not just good music but a strong message. Figuring out our thoughts and feelings about the things we see and hear about in our daily lives.

For those who are yet to see you live, what can they expect from a Muttering show?

We currently have no shows booked and our Live At The Bookhouse session probably doesn’t compare so it’s hard to predict… though you’ll definitely see three sweaty guys trying their best to remember things and slowly losing their voices… but you will be blown away by their guts, determination and true musical gift (ha).

What’s next for Muttering?

We have studio time booked in the summer to record our first album. We want to continue to create more visual art to accompany the music, really paint the picture of the England we live in… Then hopefully a few UK gigs at the end of the year, EU shows if Brexit allows and maybe one day cross the pond to play the Superbowl halftime show like Jonny (drummer) has always dreamed of!

Muttering‘s debut EP Don’t Think About It is out now via Failure By Design Records, available to stream or purchase HERE. 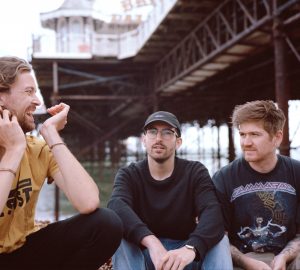