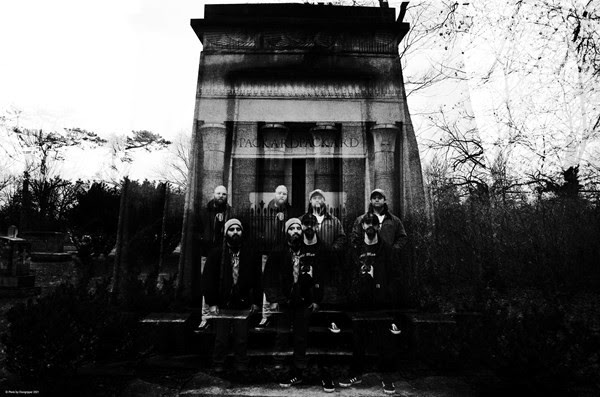 The notorious Sanguisugabogg are a band you won’t forget in a hurry. From their song titles to their NSFW videos, they demand your attention from the get go and will have you hooked on their ferocious and uncompromising take on death metal. We caught up with Cameron from the band following the release of their new album Tortured Whole, delving into their recent single Menstrual Envy to discuss themes, the music video and more.

I think it’s a crazy step forward compared to our EP, has a lot of groove to it, some crazy riffin’, a wild display of Devin’s evolution with his vocals, and of course it features our friend Roger Beaujard of Mortician at the end of it too.

I actually wrote the song fairly quickly on guitar. It was a more last minute addition to the album and I’m stoked about how it came out. Normally I just write all the guitar at home and bring it to Cody to rock drums to, and this went just the same as usual.

Cameron had the idea for the song title and Devin just broke two words in the song title down and wrote about some man’s twisted fantasy of menstruating, so he infects his urethra with a harmful parasite that makes him exude blood as he eats his insides. Pretty sick, eh?

We got to work with our dude Seby Martinez and Troma on this and they just made it absolutely outrageous. It kinda doesn’t really go with the actual theme of the song, honestly, it’s just a regular cool video.

When we recorded the scenes of us running around with the monster dicks on us we were all seriously tripping balls and it was the first day of filming, so it was just pretty nuts. I think I had taken like four hits of acid and ate like an eighth of mushrooms.

Just thanks for reading, hope y’all enjoy the album, smoke weed everyday. Thanks for having me!