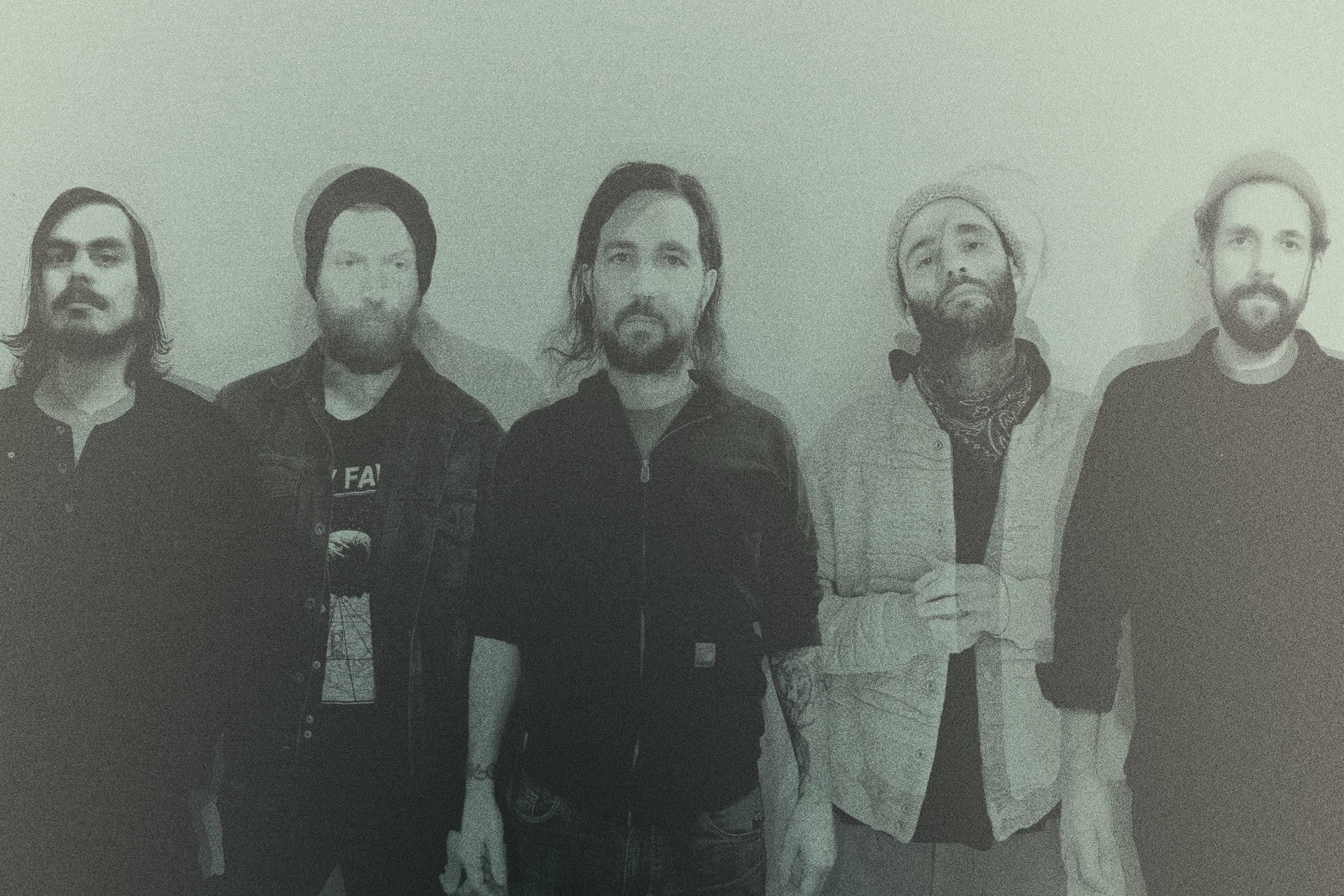 Building friendships over years of touring, the members of SOM came together to create music that is dark yet melodic, combining atmospheric rock with hints of electronics. Ahead of their new EP Awake (out tomorrow via Pelagic Records), we caught up with vocalist/guitarist Will Benoit to find out more about SOM.

My name is Will (Benoit) and I sing and play guitar in SOM. Our band is a collective of long-time friends who share the continued desire to write heavy music and play shows together.

After several attempts at starting a new project, following over a decade where Constants was my main focus, I wrote a bunch of concise songs and sent the demos to our drummer Duncan (Rich) and our guitar player Joel (Reynolds). Joel was busy at the time between touring with Rosetta and his band Driftoff, so Duncan and I got together and put together a first draft of the record. At the time, Justin (Forrest, who now also plays drums in Caspian) had just moved to Brooklyn, so we invited him to come to the studio to play bass, and we all pretty immediately locked into the sound that became the first record. I think I sent the first round of demos to Duncan at the beginning of 2017. During our tour cycle for the album, we brought in Mike (Repasch-Nieves) and Joel (both formerly of Junius and Driftoff) to play guitar and it all suddenly clicked. The five of us have all been friends and have toured together for years, but this was the first time we all played together, and it feels like something special to us.

Honestly, no. Growing up my father had an acoustic guitar that I would play around with. I remember figuring out if I plugged a microphone into a tape deck that I could record my voice as being a big “aha” moment in childhood. And then a bandmate leaving his four-track tape machine in my parents basement. That along with buying my first Roland MS-1 sampler were all really stand out memories in learning about making music.

Who and what are the band’s main influences? What do you aim to achieve as a band?

Our influences are pretty diverse, but there are a handful of bands that we all love. My intention with SOM is to write heavy, dark music, with hints of electronics, but it also has to be really melodic. Bands like Hum, Deftones and Torche are some of the artists that we consider the type of balance we strive towards.

For those who are yet to see you live, what can they expect from a SOM show?

Five guys who have been friends and played in bands together for a long time locked in and giving it their all.

What’s next for SOM?

Right now we are working on LP2. It’s been a slower process due to the pandemic, but all the songs are written and we will finish up tracking soon. We all really look forward to playing shows and touring again. It felt like we were really just getting started when the shutdown happened. We had to cancel a tour with Caspian, along with a planned European tour last year that we hope to be able to reschedule. Hopefully lots more as well.

SOM‘s new EP Awake is due for release on 12th March 2021 via Pelagic Records, available to pre-order HERE.