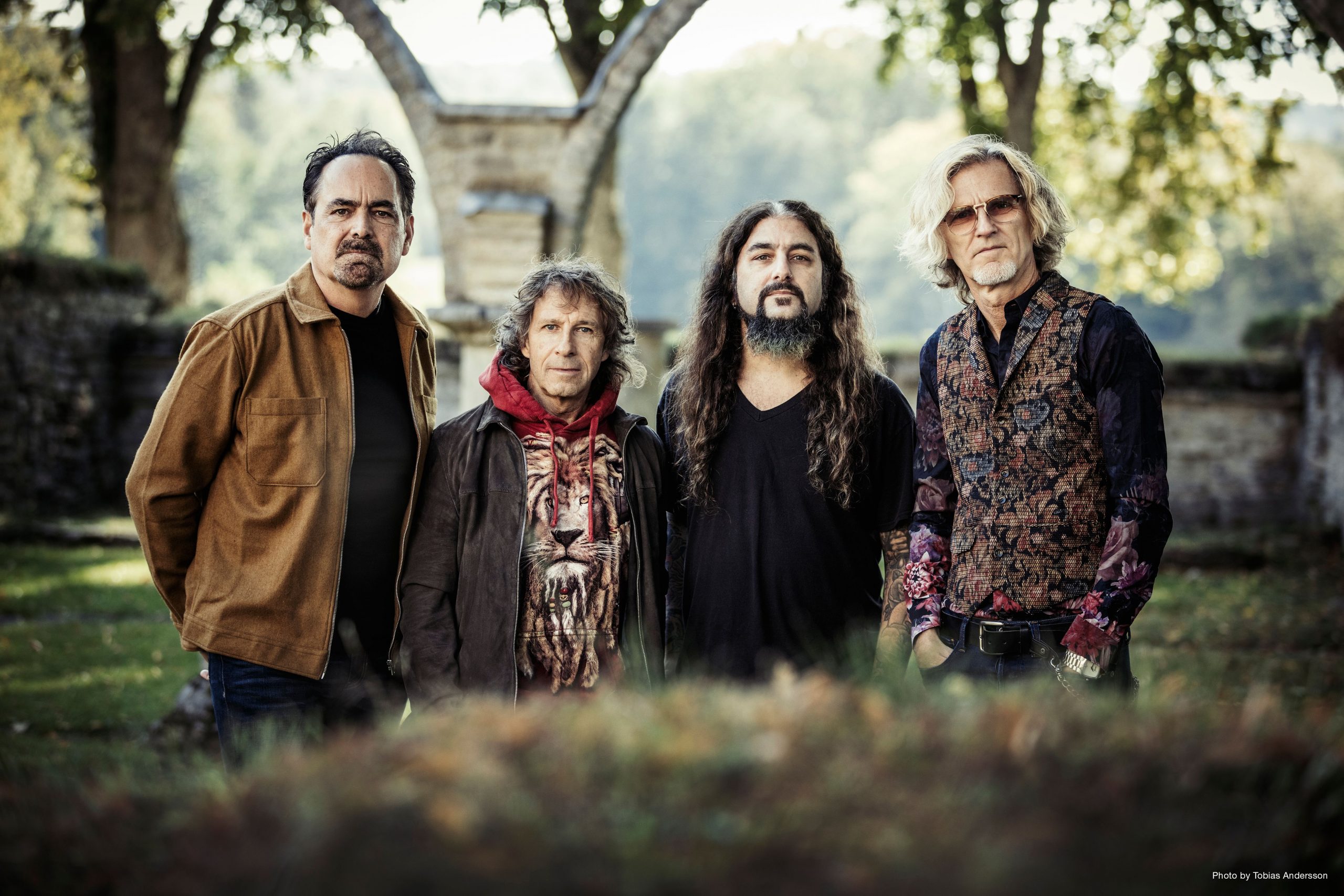 Transatlantic, the prog supergroup of Neal Morse, Mike Portnoy, Roine Stolt and Pete Trewavas, have released a video for their new single Overture / Reaching For The Sky. The track is taken from their forthcoming fifth album, The Absolute Universe, their first new music since 2014’s Kaleidoscope.

“Reaching For The Sky is the first single off Transatlantic’s latest Magnum opus The Absolute Universe. It’s a great introduction to this epic album as it sets the tone in traditional TA style: proceeded on the album by an extended Instrumental Overture and then launching into this upbeat first song,” says Portnoy.

“I love that it features one of my favourite qualities of the band in the sharing of the lead vocals…in this case: Neal singing lead on Verse 1, myself singing lead on Verse 2, Pete & Neal sharing the Chorus with myself and Roine on backups and Neal taking the glorious Bridge…all leading to Roine’s distinctive guitar solo.

“Also interesting is that this version exclusively appears on the Abridged 1CD Version of TA5 (The Breath Of Life) while the Extended 2CD Version of TA5 (Forevermore) opens with the alternate version ‘Heart Like A Whirlwind’ which has different lead vocals and lyrics.”


The Absolute Universe is due for release on 5th February 2021 via InsideOut Music, available to pre-order in various formats HERE.

ALBUM REVIEW: Dragged Under – The World Is In Your Way