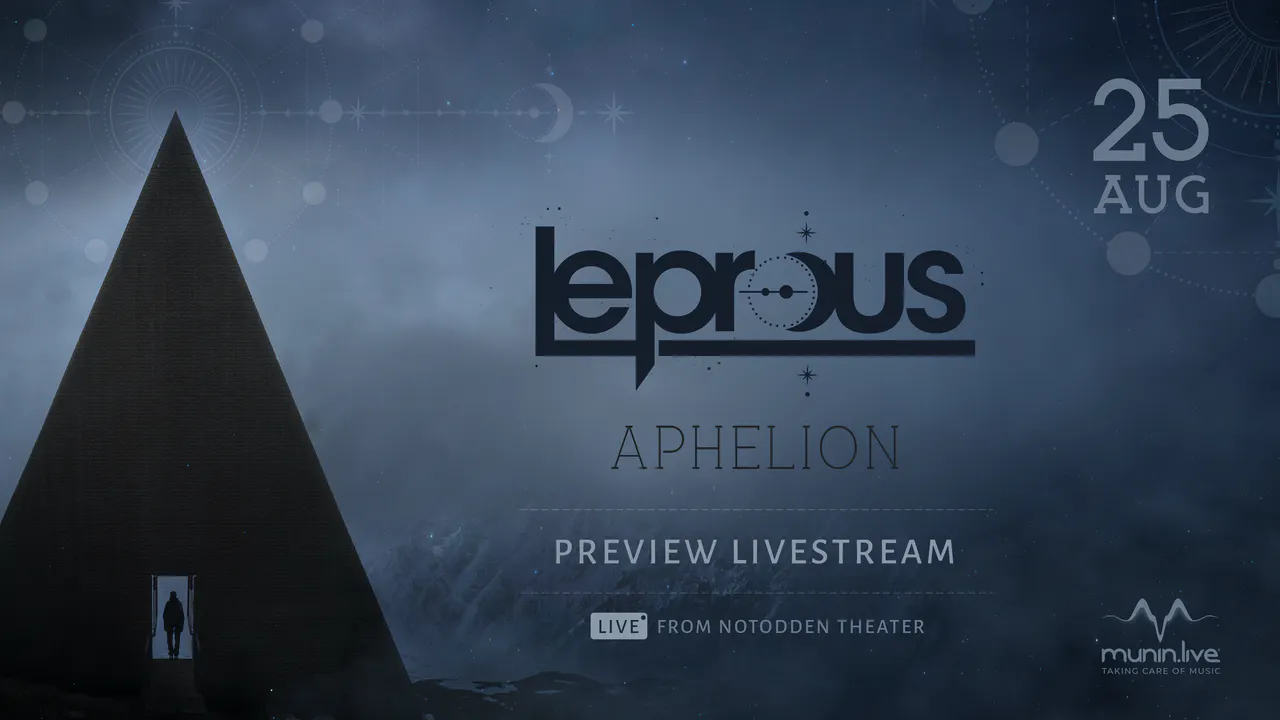 With live shows slowly popping up here and there across the globe, ‘concert envy’ can become a real thing for some people. Case in point – the Aphelion preview show (two of them, actually, one of them US-time zone appropriate) courtesy of Leprous, one of the best bands in the prog game as of now. The reason we mention ‘concert envy’ is that those who were lucky enough to travel to Norway were able to be present right there at the Notodden Theatre, from where the concert would then be broadcast to everyone else.

As we’ve had Aphelion on regular rotation for quite a while before this stream, we’d already got used to what the songs sound like, and the overall mood & feel of the album, so the wow factor of witnessing these songs for the first time, let alone live (or in person) was a little lost on us. That being said, none of that stopped us from appreciating the prowess that the Norwegians display in every single show they perform, which was apparent from the first moment they stepped onstage, and guitarist-slash-live-keyboardist Tor Oddmund Suhrke started playing the opening notes of single & album opener, Running Low.

“Fun fact, I started writing Running Low while climbing a mountain here in Norway,” said frontman Einar Solberg after the song had finished, adding that “you shouldn’t just wait for inspiration to strike – sometimes it hits you while climbing a mountain!,” much to the (live) crowd’s amusement. Elsewhere, bassist Simen Børven chimed in after the premiere of Silhouette, saying that it’s “the only Leprous song you can play on one string, so for once the bassist jokes are true!”. These interjections kept coming all throughout the night, seeing as it was ‘a special show’, in the frontman’s own words, and he would “spend more time talking about the songs in-between,” jokingly asking the audience if it was okay with them.

The songs themselves translated extremely well into a live setting – a seemingly easy feat for the band (and Canada-bound cellist Raphael Weinroth-Browne) – and the audience seemed to agree, too! Among them, it was opener Running Low, the slow building On Hold and Out of Here, as well as closing number Nighttime Disguise (a track written in one week with the fans’ supervision of the band) that were among the most well-received songs – not to say that the rest weren’t, of course. The general consensus amongst fans, both on the Munin.live platform where the concert was streamed, as well as on other fan groups across social media, is extremely favourable, to say the least – many were already calling it their album of the year, after only having heard it once all the way through. That must mean something!

All being said, this preview concert was the perfect way to kickstart the Aphelion chapter of the band, giving everyone a chance to hear the newest output from Leprous, two days before anyone else. Einar & Co. – tusen takk, we’ll see you at a proper concert, as soon as we can!

Check out our review of Leprous’ new album Aphelion here.