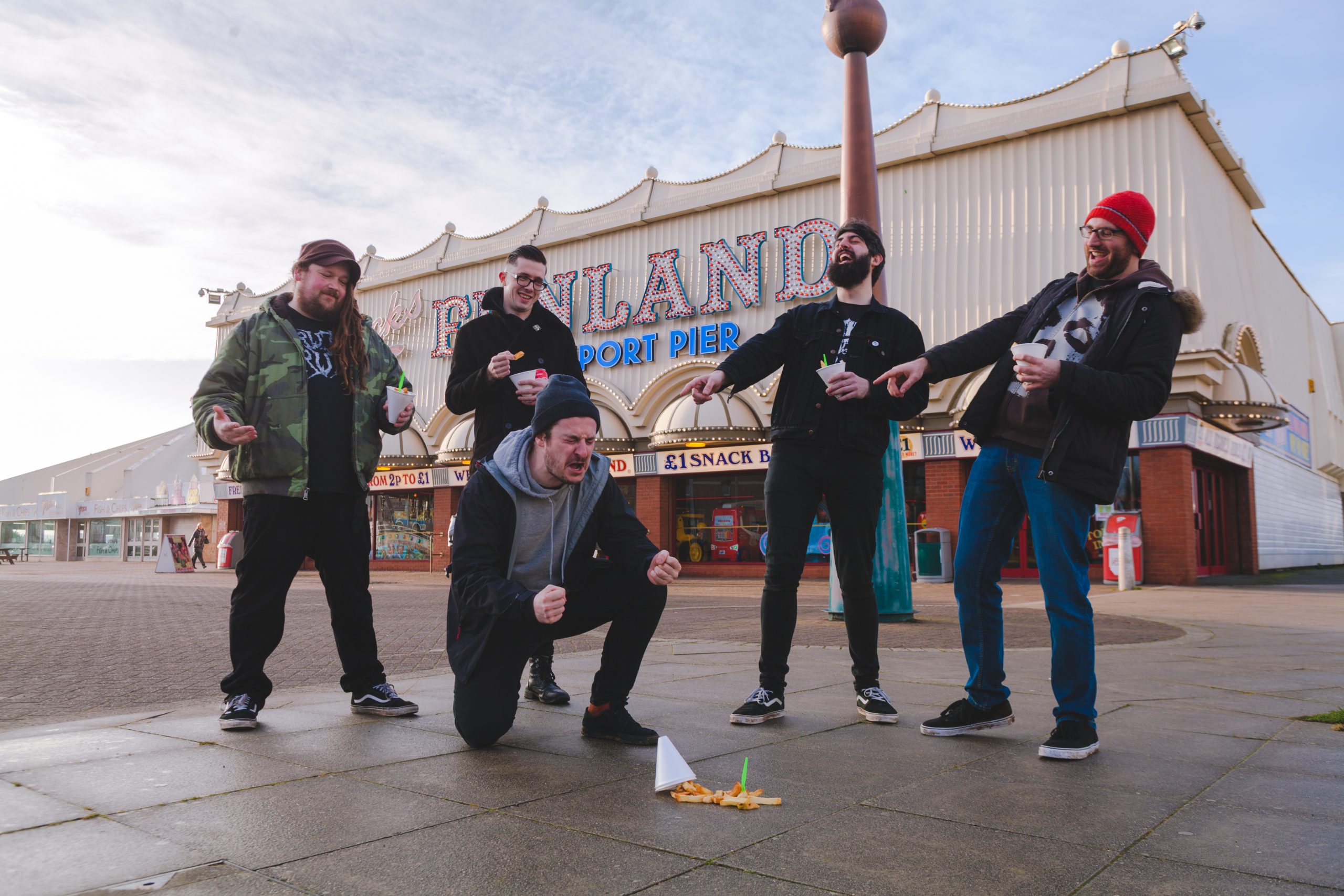 “Here it is, the contingency plan to what was originally going to be a 4k, 3D, multihundred pound production with more explosions and celebrity cameos than you could be bothered to say “hey, that wasn’t Kenneth Choi” at,” says vocalist Chris Reese of the new video.

“Instead you get this grotty DIY effort as Liverpool was recently banned from having any fun. It’s more fitting really, as this track is about the unsustainable lifestyle of someone getting wrecked every night. There can be a romanticism about drinking and drug culture, but this track explores the fact they know they are a terrible bastard, that people get them fucked up to gain amusement from the resulting behaviour and they are aware that ultimately, they’re fucking up their own life.

“Live in the moment, seize the day… I say Maximum Bastardry.”

Patiently Waiting For Wonderful Things is due for release on 27th November 2020 via APF Records, available to pre-order HERE.