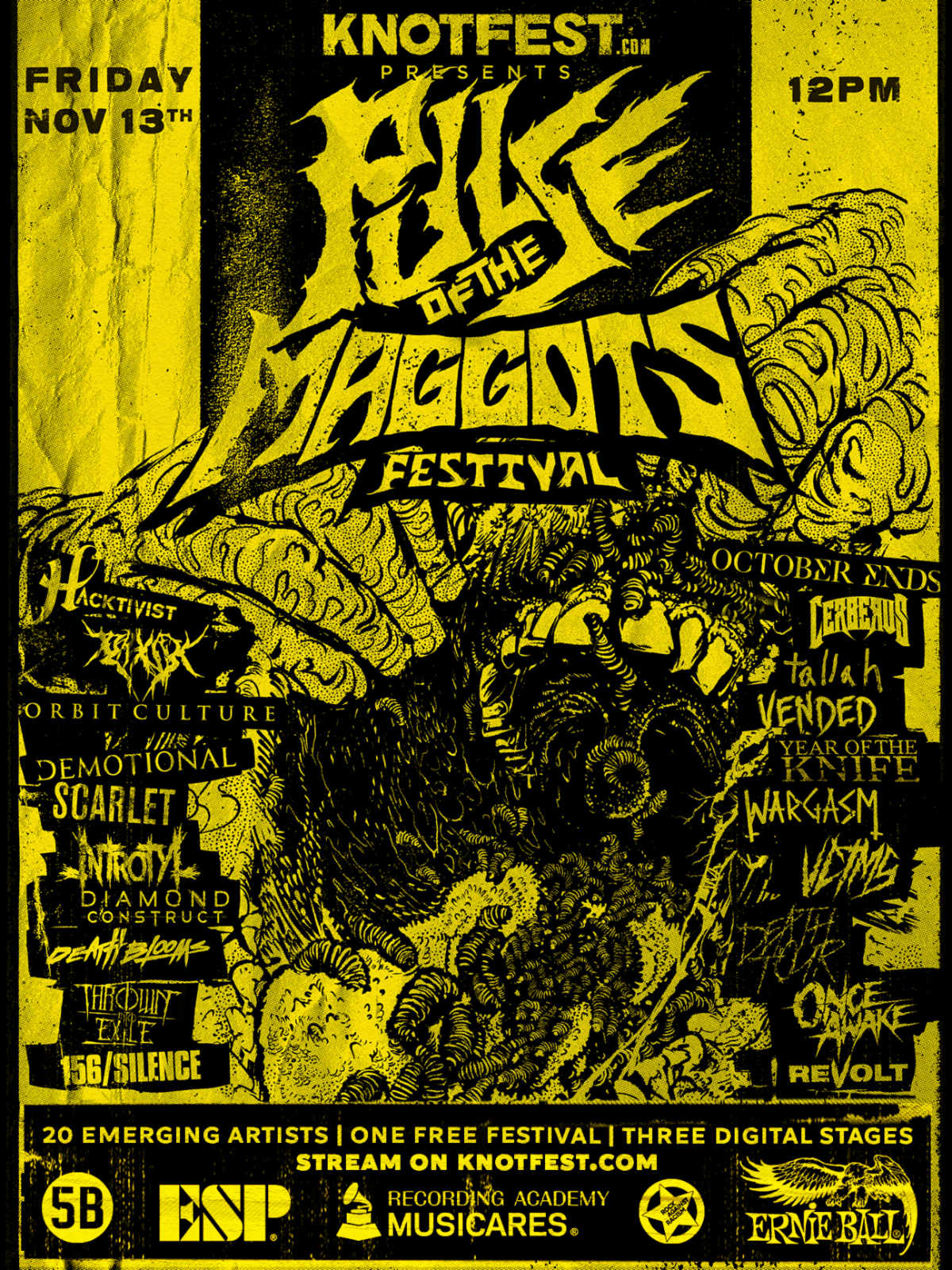 Knotfest.com has announced Pulse Of The Maggots Fest, a free online festival set to take place on 13th November 2020 at 8pm GMT/12pm PT.

Sponsored by ESP Guitars and presented by MusiCares, Ernie Ball and Rock Against Racism, Pulse Of The Maggots Fest will feature performances from 20 of the most exciting up-and-coming bands across three digital stages, including Hacktivist, October Ends, Orbit Culture, Tallah, Scarlet, Year Of The Knife, Wargasm, 156/Silence and Death Blooms.

Alongside performances, Pulse Of The Maggots will be hosted by Knotfest.com‘s own Beez, Ryan J Downey and special guests. The festival has also revealed its new logo, with accompanying merchandise available from the Knotfest store HERE.

Find out more about Pulse Of The Maggots Fest and the artists performing via the website HERE.