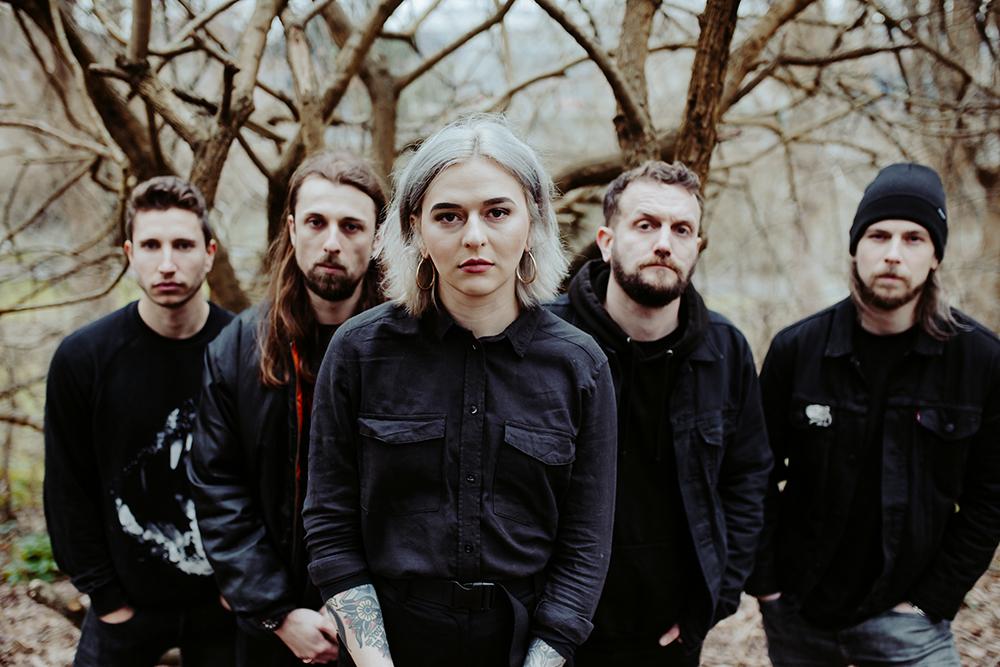 Rising death metal quintet Venom Prison have gone from strength-to-strength since they formed in 2016. With two full-length albums under their belts, which landed them global festival slots and high profile tours, the band are back with their new release Primeval. Venom Prison returned to the studio in late 2019 to work on Primeval, to re-record, remix, and remaster old favourites from their Defy The Tyrant and The Primal Chaos EPs, alongside two brand new tracks. We caught up with Venom Prison guitarist Ash Gray to discuss the band’s formation, his first music memory, influences and more.

My name is Ash and I play guitar in Venom Prison! Venom Prison is a death metal band that started in 2015, based in the UK. In 2015 we released a demo called Defy The Tyrant, leading into our EP The Primal Chaos, then onto signing our worldwide real deal with Prosthetic Records to release our debut album Animus in 2016, followed by sophomore record Samsara in 2019. From the start of this band we have toured relentlessly, playing tours with bands such as Trivium, Power Trip, Code Orange, and Darkest Hour, and performing worldwide including at festivals!

In 2015, myself and Larissa (Stupar) had already done years of touring in our previous bands; we decided we wanted something new and different, so that’s where Venom Prison came in. Once we had the idea of what we wanted to do, we then asked Ben (guitarist) if he would be into the idea of doing this project with us, then we were joined by Mike and Joe shortly after. As of 2020, Venom Prison is five years old.

It was at a very young age for me, I was surrounded by venues and people playing in bands. I was lucky to have that environment around me. When I picked a guitar up at a young age, I used to sit down and try to play along with songs from various artists on my CD player – it never quite hit the spot for me, so soon after I attempted to write my own material and this is when the excitement really started for me. I didn’t really have a clue what I was doing, but when I would write my own songs I had that feeling this was the direction I would want to take.

It really varies! This is always so hard to pinpoint, we take in so much influence as a collective from the likes of death metal bands like Carcass or grind such as Napalm Death, but even atmospheric influence comes into play with Venom Prison a lot. It really changes every record, as we always promised ourselves we wouldn’t write the same record twice.

Really it was always about pushing ourselves as far as we can as people, musicians, and as a band. We never set goals for Venom Prison, we just wanted to see how far something could go.

For those who are yet to see you live, what can they expect from a Venom Prison show?

What’s next for Venom Prison?

On 9th October 2020 our re-release Primeval comes out, which compiles songs from the earlier days of Venom Prison – re-recorded and re-imagined from our EPs Defy The Tyrant and The Primal Chaos – plus two brand-new tracks, which hint to the future of this band. Onwards, album three which is currently being written!

See Venom Prison live with Creeping Death and Leeched at one of the following dates: