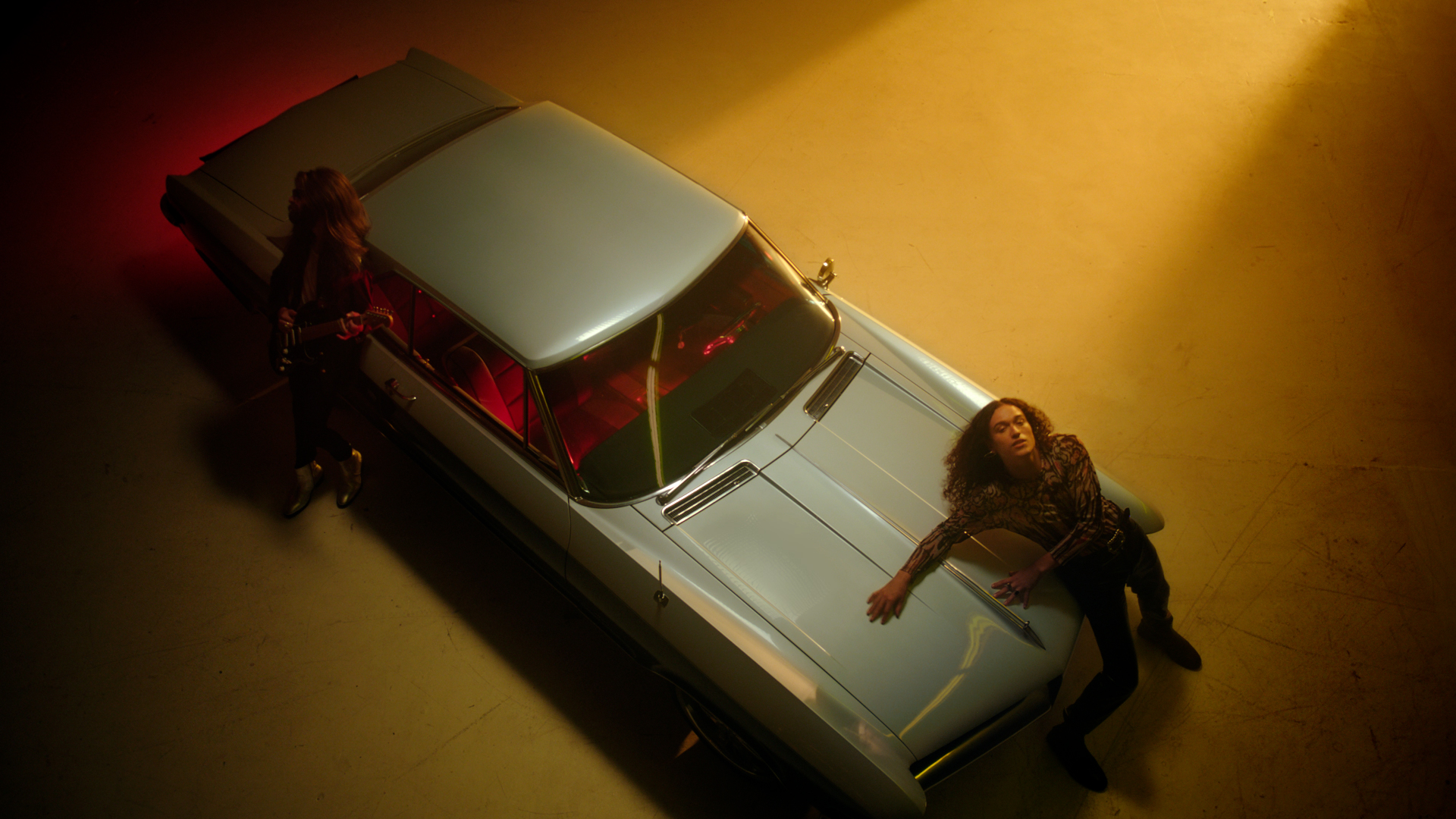 Crown Lands have released a video for their latest single Leadfoot, taken from their recently released self-titled debut album. The video was directed by Blake Mawson who is known for his work with Orville Peck.

“We wanted to get really ambitious and weird with this one, and Blake’s vision was perfect for what we wanted,” explains lead vocalist/drummer Cody Bowles. “It was the first post-COVID shoot for everyone involved, so that was interesting to work with those restrictions, but everyone was so happy to be back to work and eager to do a great job.

“On set we had this whole warehouse studio booked and subdivided into different sets for the corresponding scenes in the video. My favourite moment would have to be when I was in the blue box room with the TV. It was this little cramped room setup where they told me to play with the space between myself and the fisheye lens, so I kinda went wild with it and of course I thoroughly enjoyed that, aha!”