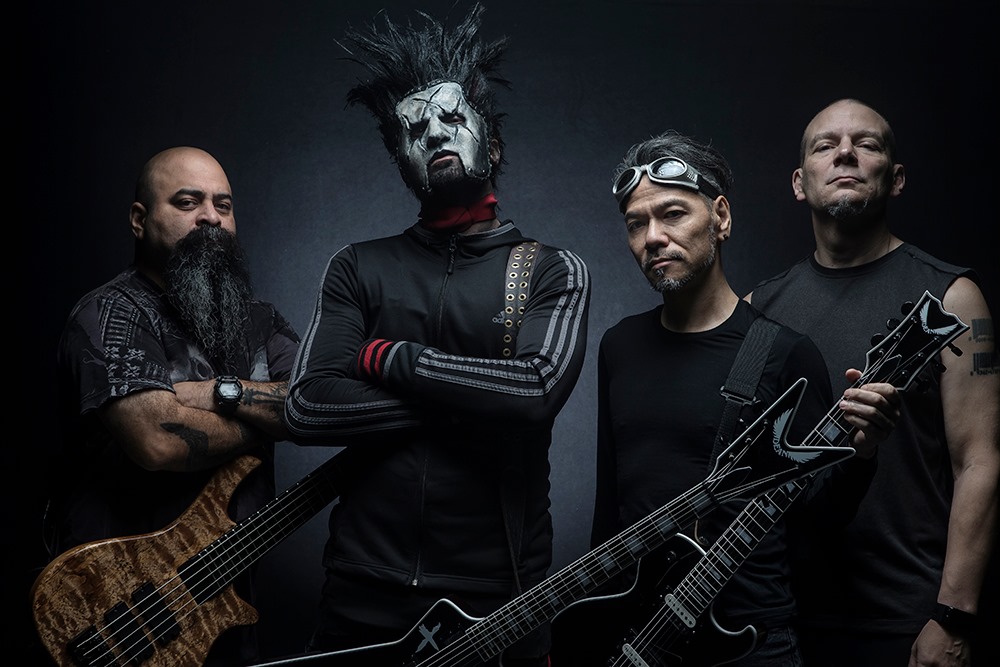 To quote the intro track, “The unexpected thing tragedy gives us is the chance to rebuild”. That is precisely what Static-X aimed to do with Project Regeneration Vol. 1. The resulting package, however, ends up being what is best described as “not great, not terrible”.

The problem here isn’t the instrumentals, not at all. The surviving members of the original line-up, bassist Tony Campos, drummer Ken Jay and guitarist Koichi Fukuda all bring their A-game here, with plenty of rumbling bassline, pounding drumbeats and crushing, headbanging riffs all throughout (and even some growls here and there from Campos). It’s the vocals and lyrics department that ultimately keeps the album from being a post-mortem masterpiece.

One thing has to be said: what Campos & co. sought to do here – to honour their longtime friend and bandmate, Wayne Static, by turning his unreleased demos into full songs – was a great idea, which everyone was a fan of. With the introduction of masked singer Xer0 to the fold, whose voice is as close to Static’s as one could possibly be, it seemed like the project looked very promising – especially since this was to be the first release with Static’s vocals in over ten years.

By expanding the batch of new songs into two albums, instead of one, though, they kind of shot themselves in the foot. Now, we can’t possibly speak of the quality of the proposed Volume 2, but as it stands now, the first volume of Project Regeneration is a mixed bag when it comes to what the songs ended up sounding like.

Out of this first batch of ten tracks, eleven if we count the intro, only four of them feature Static’s vocals entirely. Hollow (Project Regeneration) was the first single released from the album, packing a concise yet strong punch, All These Years offers some eerie melodies and overtones, Bring You Down (Project Regeneration) sports great instrumentals and synth/programming work throughout, and Something of My Own (Project Regeneration) is this album’s version of The Only, so to speak, with its catchy chorus and melodies shining on what is sure to be among the fans’ favourites.

The rest of the songs are either sung by both Static and Xer0, or just Xer0. This wouldn’t necessarily be a detractor on its own, but compared to the four songs mentioned earlier, these six pale in comparison. Worth Dyin For’s verses, sung by Xer0, are extremely reminiscent of Bled for Days off Wisconsin Death Trip, perhaps originating from a demo from that era, which stuck around to finally see the light in 2020. The choruses, which feature Wayne Static, switches up the sound for a change, so the overall song doesn’t sound like the band was trying to rip themselves off. Follow is then the only other track with both vocalists on it and, except for the instrumentals, which are its only saving grace, it’s one of the dullest songs on offer here, thanks to its repetitive lyrics.

Then, there’s Xer0’s songs… First things first – kudos to this individual, who agreed to work on a project of this magnitude and remain anonymous in the process. My Destruction is the only song which sounds decent enough, with its crushing chorus and Tony Campos‘ growling here and there. There’s also a callback to signature track Push It, with Wayne Static’s “Yeah!” sampled throughout, which ends up helping the song quite a lot. Terminator Oscillator, Accelerate, and Otsego Placebo, however, all suffer the same fate: their lyrics are extremely repetitive, and are what ultimately give away the fact that this album came about by way of Static’s old demos.

Dead Souls is the final song on Project Regeneration, Vol 1, and it sees Static share vocals with Ministry’s Al Jourgensen. Back when the album was first announced, Jourgensen was among the handful of vocalists who had been contacted by the band to help piece together the project, so it’s no surprise to see him on here, really. What’s surprising, though, is the song itself. It ends the album on a sombre note, with its melodic introduction and the acoustic elements that can be heard throughout. Not a particularly memorable track, but not the worst either.

To conclude, Project Regeneration Vol. 1 is an album plagued by some less-than-memorable songs, which sadly outnumber the good ones. Though it initially promised to bear Wayne Static’s final performances, the listeners only get half of them, with the rest to be released in the future as Volume 2, a move which only winds up hurting the quality of what will likely be Static-X’s swansong.

Standout Tracks: Hollow, All These Years, Something of My Own, Bring You Down