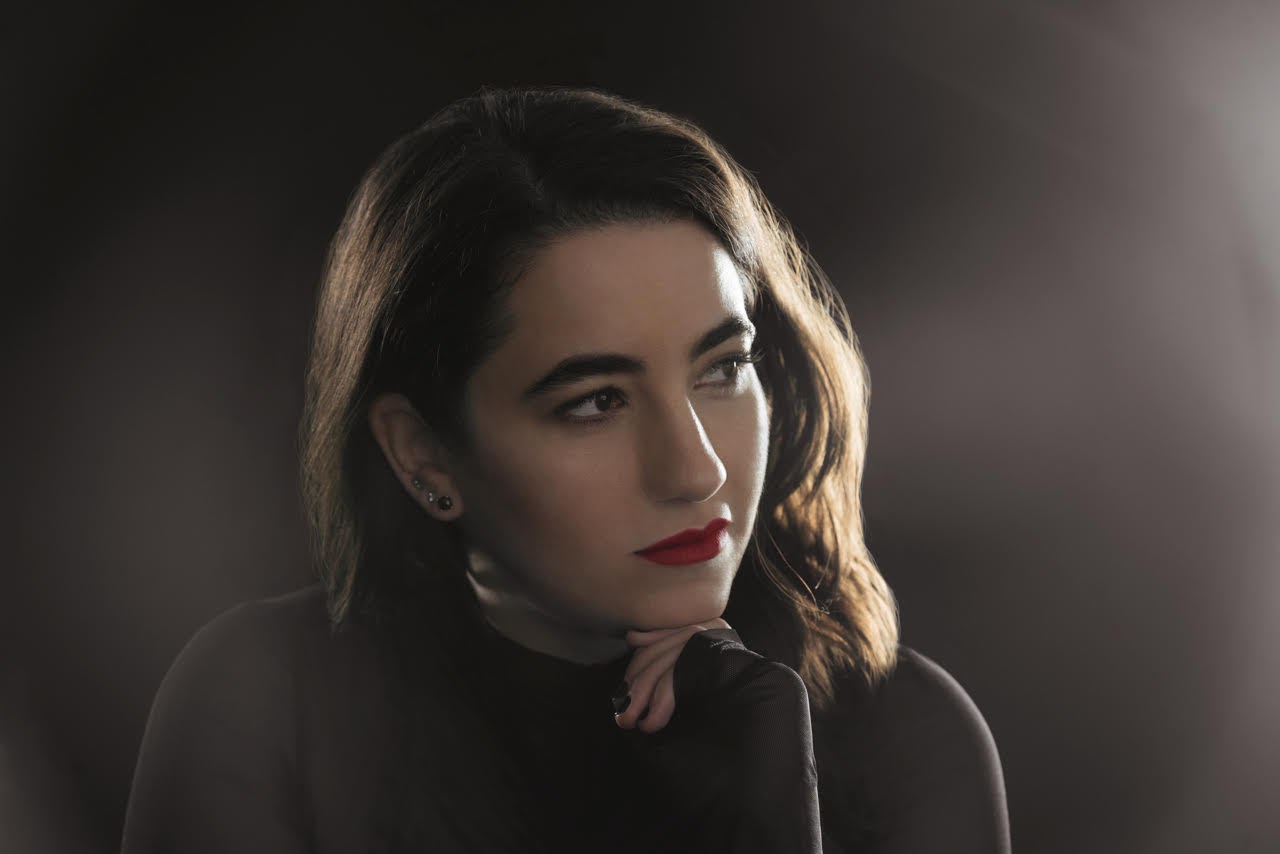 DELANILA is the new pop-noir project by acclaimed composer and performer Danielle Eva Schwob. Self-described as a “cinematic experimental alternative project”, their debut album Overloaded was written by Schwob and co-produced at London’s legendary Abbey Road and in New York with three-time GRAMMY winner David Bottrill (Tool, Muse, Peter Gabriel). Intrigued to find out more, we caught up with Schwob to discover her pathway as an artist, what she wants to achieve with DELANILA and more.

Sure! My name is Danielle Schwob and I’m a composer, songwriter and producer originally from London who sings, plays guitar, some bass and keyboards and also does a lot of arranging work. I’m active in quite a few musical worlds but most focused on an artist project called DELANILA, which I’m the primary driving force behind and have been working on with producer David Bottrill. I’m not quite sure what genre to call it, but it’s a confluence of songwriting, electronic and soundtrack influences that’s heavily coloured by my classical background and love for massive rock bands. That’s actually what led me to approach David. He’s worked with artists from all backgrounds and has an incredible track record of making huge albums that somehow manage to be as winding and musically adventurous as they are grounded in great songwriting. I figured that if he was used to working with Tool, Rush and Peter Gabriel he was unlikely to balk at my five-minute long songs.

I went a pretty circuitous route. I always knew I wanted to write songs, but wound up studying ‘classical’ composition at university because I was getting frustrated with only playing guitar and wanted to have more control of the ‘big picture’ in my writing. I then spent years in NYC in the experimental/indie-classical scene, which I’m still involved with. I did sessions/projects as a guitarist and orchestrator, and got commissions for film and classical pieces all the while writing songs and playing gigs as a songwriter. DELANILA is definitely more ‘alternative’ than a lot of my other work, but it’s also sort of the place where I’ve been able to put all of those experiences and influences together. It’s technically a new project, but also a continuation of the music I’ve been putting out there since just after graduating.

I’ve been making music in some capacity since I was a kid, but as far as realising I wanted to do it professionally, I think that happened when I was about twelve or thirteen and discovered rock. It was the distorted guitars that did it. I remember being gobsmacked that instruments could sound so huge. Muse were favourites at the time, along with Pink Floyd, Nine Inch Nails, Radiohead, Björk and Tori Amos.

I like intense music that digs deep from across genres, but mostly rock, classical and film scores, and some electronic music. I’m as big a fan of Tool and Ben Frost as I am of Leonard Cohen and Arvo Pärt.

I want to make music that says something meaningful about the world we live in. And I want to blend influences from across genres, since for me the most interesting artists are the ones who bring sounds from elsewhere into whatever style they’re working on and thereby create something unique. Then as a lyricist, I want to be honest and tell the truth. My hope is that regardless of what genre I’m working on it will all still sound like it’s come from the same person.

For those who are yet to see you live, what can they expect from a DELANILA show?

I’m looking at rescheduling my record release shows and finishing some music videos. I also have an album of chamber music coming out, some classical commissions, a handful of small film projects, and have started writing a follow up EP of DELANILA songs. In the meantime I’ll be at home, trying not to get or spread the coronavirus.

DELANILA‘s debut album Overloaded is due for release on 1st May 2020, available to stream or purchase HERE.