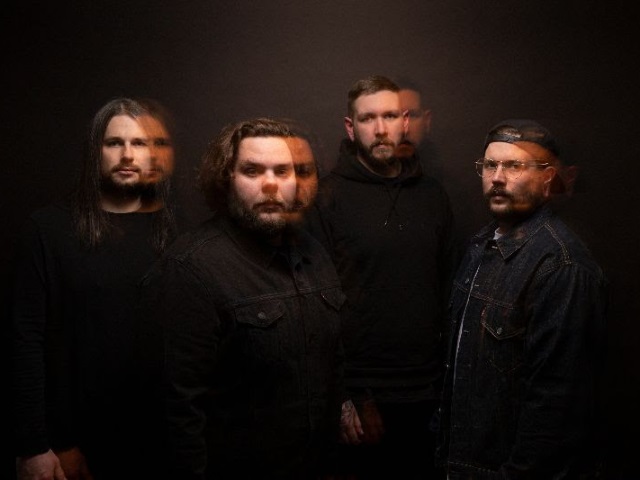 After locking themselves away in a remote cottage to remove all distractions, TENSIDE are showing the world what they’re made of with new album Glamour & Gloom. The German metal quartet are marking themselves as ones to watch, having appeared at some of the biggest metal festivals in Europe and Asia, shared stages with bands including Trivium and Bad Wolves, and more recently spent time on the road alongside Killswitch Engage. We caught up with vocalist/guitarist Daniel Kuhlemann to chat about the band’s aims, how Rage Against The Machine had such a huge impact on him and more.

Hey, what’s up! I’m Daniel, guitarist and singer for TENSIDE. We are a modern metal band based in Munich, Germany. We recently finished a massive tour through the UK and mainland Europe as support for Killswitch Engage and our new album Glamour & Gloom is due for release on 20th March.

I started TENSIDE back in 2005 when I was a teenager with a couple of my best friends. Several line-up changes later, we found our perfect line-up and we’ve stuck together since then. The band has been quiet around for almost fifteen years now but we are still hungry like we were on day one.

Of course! I started playing several instruments as I grew up, and I found love for music super early. When I was twelve years old I went to my first concert at home in Munich and saw Rage Against The Machine live. I was so impressed by that show and the energy that I immediately knew what I wanted to do it in the future.

We definitely get our main influences from playing live as a group. With all the tours and festivals we get more inspired. When it comes to other bands we all enjoy different styles of music these days, but bands like In Flames, Killswitch Engage, Lamb of God and Rage Against The Machine are our all-time favourites.

First and foremost to have fun and do what we love the most. Creating more music and hopefully getting a chance to play on the continents we haven’t been to before. Going places and touring as much as possible is the ultimate thing for us as a band, that’s what we aim to achieve.

For those who are yet to see you live, what can they expect from a TENSIDE show?

Chaos, singalongs and good times! Check out AS ABOVE SO BELOW.

What’s next for TENSIDE?

We release our new record, Glamour & Gloom, there are also a couple of new tours in the UK and Europe coming up which will be announced shortly.

See TENSIDE live at one of the following dates: