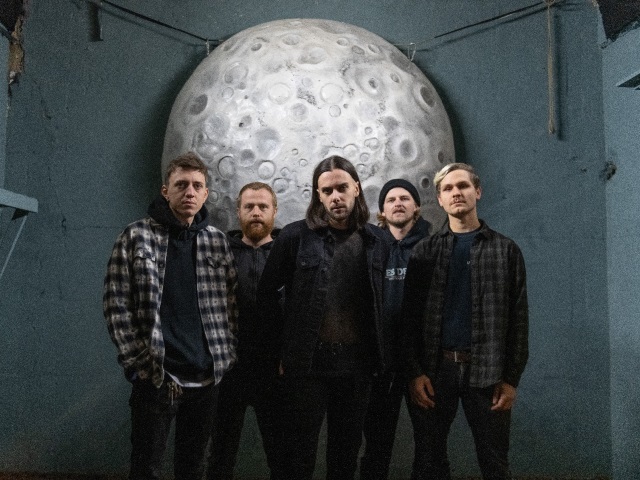 German quintet GIVER have been turning heads with their sophomore album Sculpture Of Violence, which was released last month via Holy Roar Records. The band successfully deliver a fresh take on early oo’s hardcore, while lyrically exploring issues including anti-fascism, neo-imperialism, anti-capitalism and mental health. We sat down with the band to find out more about their influences, their aims as a band and what we can expect from a GIVER show.

We’re a five piece band from Cologne and Dresden in Germany. Our music has repeatedly been described as ‘melodic hardcore’ but we also draw on metal, screamo and other sub-genres of punk in our songwriting. We’ve just released our second album Sculpture Of Violence on Holy Roar Records. We consider ourselves a political band and our lyrics deal with issues such as anti-fascism, neo-imperialism, anti-capitalism, masculinity but also depression and mental health. However, we try to be undogmatic and always open for discussion.

We started GIVER in 2013 in our home town Paderborn in the middle of Germany. Some of us had known each other for a couple of years already and had played in different projects as teenagers together. Soon after we started GIVER, most of us went to Cologne to study where Benni joined the band and Rob moved to Dresden. Now we’re a band of the internet sending demos across the country.

I guess listening to harder music and being part of a sub- or counterculture has been a crucial part of all our adolescents and socialisations. After meeting each other hanging around at shows, at some point we decided that we didn’t just want to be part of the audience anymore, but create something of our own. It is just a really awesome feeling to have something in your hands or ears that you and your mates have made together, no matter what anybody else thinks about it.

We listen to a great variety of different music, but for the songwriting of GIVER the important influences are definitely bands like Converge, Modern Life Is War, Birds In Row, Gallows, Ceremony and Verse.

On a very basic level: to keep this thing in our lives for as long as we can and not let 40-hour jobs and all the other pressures of society get completely in the way of what we love to do. On a “career” level, we’d love to play a bigger tour with one of the bands I mentioned above and go to places we haven’t been yet. We’d also love to spark discussions about issues we sing and talk about, and hope that they resonate in whoever listens to our stuff and help them deal with life a bit better, making them feel that they’re not alone in this. I guess that is probably the one cool thing art and music can do.

For those who are yet to see you live, what can they expect from a GIVER show?

Fast, loud and energetic hardcore-punk songs, performed by five dudes acting like they exercise regularly when they’re actually out of breath and half dying. Probably also quite a bit of talking, because saying stuff about the songs and their lyrics in between songs is very important to us as well.

What’s next for GIVER?

We’ve just released our second album Sculpture Of Violence on Holy Roar Records and we’ve just completed a couple of release shows and a mainland tour with Employed To Serve. Then we’ll play several headline shows, a France tour with our friends in Slope and some UK dates around 2000trees this summer.

See the band live at 2000trees Festival in July. 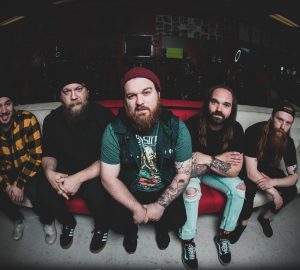