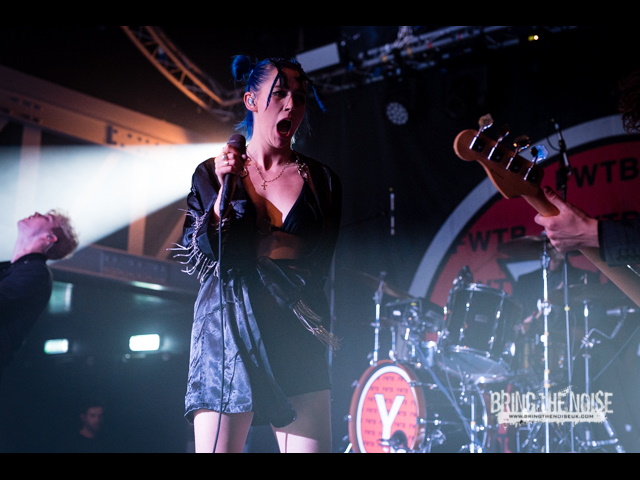 The United Kingdom’s rock scene is in really rude form as of late. As American rock music becomes more and more homogenised or focused on perfecting a tried and tested template, the British scene is full of bands blending contemporary ideas with the varied record collections of their youth to produce a range of exciting and vital sounds. Yonaka are one of those bands.

It’s little surprise they’re headlining such sizeable venues on their debut album. It’s not just because they hit the road relentlessly behind a string of EPs, though they did, but there are very few artists who’d be brave enough to try and follow Yonaka. Their performance is bursting with energy, dripping with sweat, effortlessly cool and has a sense of potential chaos. There are hardcore punks band who wish they could play with half as much intensity. Most of them don’t close out their set from the venue balcony.

Not that this is all full-throttle aggression, the band have a solid command of dynamics. Creating and breaking the tension across tracks like Awake and creating breathing space with a few slower numbers. To be fair, a few of those tracks suffer in comparison to ragers like Creature and Teach Me To Fight, but what they lack in aggression they make up for in swagger and groove. Closing track, Fucking With The Boss, is a prime example of this band at their best: overflowing with attitude and style.

If there’s any criticism to be had of this band, it is that the live environment can sometimes strip their songs of the carefully balanced sounds they create on record. At times washy synths drown out guitar lines and everything can get a little hard to follow, but that’s a minor gripe when you’re watching a performance this intense. Even when they strip it back for an unplugged performance of Guilty (For Your Love), the intensity is close to breaking point, albeit in a more intimate sense and less like a house party that’s about to implode.

Yonaka are one of the best examples of the resurgence of the creativity and cool of the new wave of modern post-punk bands, and if they can keep up shows as intensely fun as this the future is bright.

Words and photos by Calum McMillan. 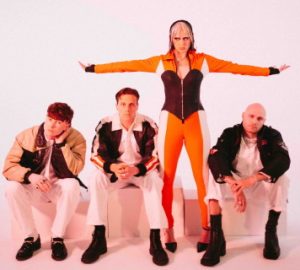