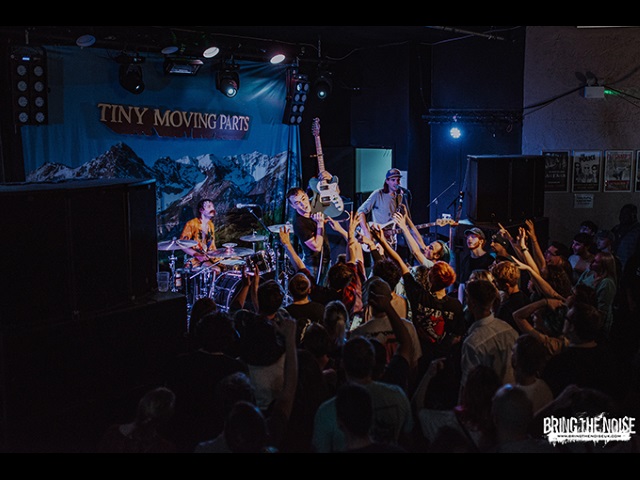 Microwave have a vast collection of contemporary guitar rhythms and heart-pumping choruses, that stand as a reminder of just how dynamic this act remain in comparison to others in their genre. First on stage tonight at The Globe in Cardiff the band open with DIAWB, a 90’s punk rock coated track with rich guitar riffs and hypnotic lyrics that certainly grasp the attention of the crowd during their exciting show.

Mirrors, Roaches and Dull retain that 90’s-esque atmosphere, with muted and scratchy guitar tones that wash over the audience, captivating us with plush basslines padding out those hard-hitting choruses. Not a band to make much small talk, which felt unnecessary regardless, Microwave seem well aware that their music is the one-way conversation required.

Closing on the gentle melody of Vomit, the band quickly escalate into their roaring vocals and thundering snare/cymbal smashes, concluding a very enjoyable main support performance.

The math/pop rock trio known as Tiny Moving Parts are introduced onto the stage by a busy and dramatic backing track. This is quickly brushed aside as guitarist and lead singer Dylan Mattheisen fires up the opening riff of The Midwest Sky, bringing in a robust energy that wraps itself around the crowd and causes the majority of the first floor to enjoy a ruckus of busy mosh pits and continuous headbanging.

Mattheisen and his overbearingly loveable demeanour wins over the spectators almost instantly. Drummer Billy Chevalier and bassist Matthew Chevalier are content on keeping to themselves between songs, allowing their frontman to take on the role head on, telling the onlookers exactly how much adoration they have for the United Kingdom (along with an unexpected love for the British/European McDonalds touring cuisine).

2014’s Pleasant Living, 2016’s Celebrate and 2018’s Swell albums were all showcased, with tracks from each all receiving an ample level of excitement and euphoric detachment from anything outside of this small Cardiff venue.

Tracks from their latest album, breathe, also made welcome appearances throughout the evening including Bloody Nose and Vertebrae, all holding huge, anthemic choruses that has the Welsh audience pushing their vocal chords to straining point.

The band’s anatomically illustrative lyrics flow through the microphone, injecting themselves into the veins of everyone in the venue as Mattheisen‘s voice remains on point throughout their set, all the while demonstrating his finger tapping guitar skills that have come to be considered the artist’s trademark technique when writing material.

Saving the largest of their setlist till last, Caution is the final track of the evening and one that, without any uncertainty, every spectator had hugely anticipated and waited ever so patiently for. With every person present singing along to the heavily-catchy rhythm, it concludes a highly successful night for Benson, Minnesota trio. 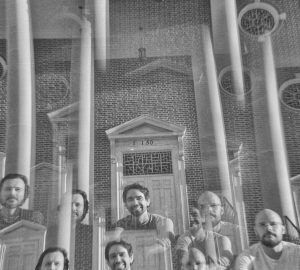 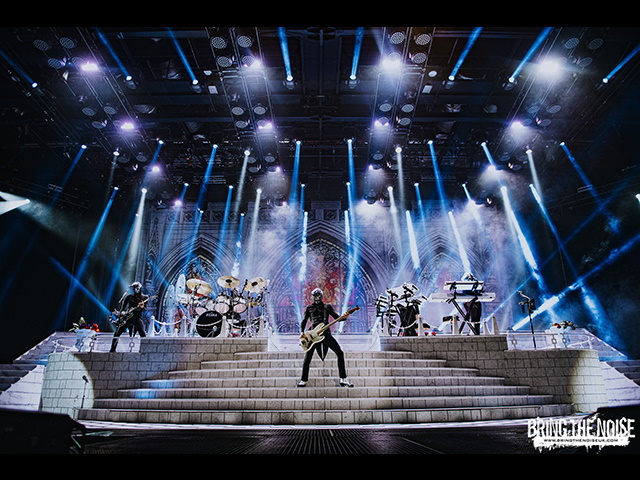