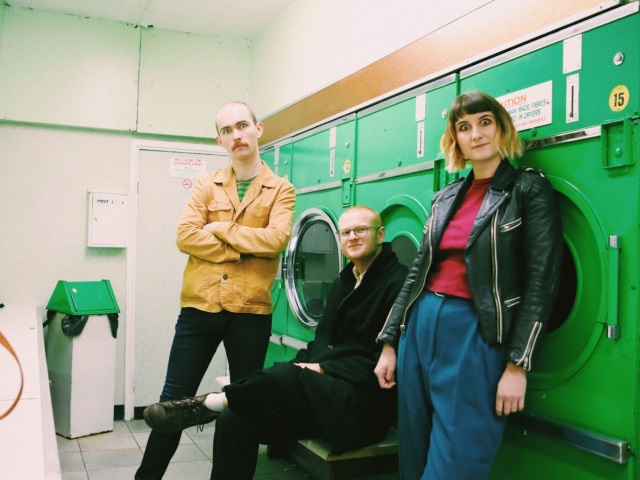 SPQR has been orbiting for a little while now. They’ve steadily risen over the last few years and managed to prick the ears of a larger audience following their announcement as 2015’s BBC Introducing upcoming band of the year. In March this Liverpudlian three-piece had their song featured on BBC Radio One’s Rock Show and now they’ve opened up the doors on Low Sun Long Shadows, their concise and endearing four-track EP.

The opener, Slowly, is to a certain extent frankly false advertising in its name. It’s a mostly upbeat and quirky track with a tonne of character. Oozing with post-punk vibes and morbid lyricism, this track is deeply textured with everything from sonic effects to wispy vocals. It’s catchy initial groove bleeds into a distinctly 2000s-esque punk feel before it dipping its toes into complete tranquillity with its rock ballad, introducing keys and the lullaby-inducing if not haunting lyrics “Close your eyes love, take the night off, tame the waves that threaten to drown us”. Closing perfectly with a satisfying, high-energy finale, this is an immediate all rounder for the Liverpool misfits, and a big red feather in their caps. Much in line with its exquisitely self-produced music video, there’s a real dark fairy tale element to Slowly, which is completely sublime.

There’s a real Billy Talent-ness to frontman Peter Harrison’s sound and this transcends through the tracks on this EP. Harnessing the anxious, introverted lyricism, Harrison’s vocals provide a real emotional backbone to Low Sun Long Shadows. In a tonal sense, this EP almost certainly has roots in punk rock but constantly plays with this in increasingly colourful ways; and while SPQR has been known to be experimental, their technique now feels well and truly honed.

Certainly This Gore plays the field between guitar heavy classic rock n’ roll and more upbeat pop-ness; there’s a dash of eerie looming and a touch what feels a little like the sound of Wolf Alice in there too – all of which sounds fantastic! But, Josephine… Josephine is the real epicentre of this EP and it’s damn-near a masterpiece. It’s still sort-of rock, it’s still sort-of punk, but neither as you know them. There’s an exciting wobbly groove in its catchy riff and it has a lot of fun with its almost-cheesy 80s cop-show musical motifs and abstract yells. In a similar way to most of Royal Blood’s discography, there’s elements of this track that you can almost automatically visualise covering the montages you find breaking up the F1 coverage or dotted about Match of the Day. The funky bass in particular on this track is utterly to die for and will take over your headspace for the foreseeable.

Our Mother’s Sons, on the other side of the genre-convention-coin is an intense, more-familiar post-punk rock banger, thoroughly deserving of a spot on Daniel P Carter’s Radio One Rock Show playlist. This angry addition offers some welcome fury to the EP but also boasts a certain UFO sonic-ness which is hugely attractive. Overall, Our Mother’s Sons would not at all feel out of place on Guitar Hero, back when every mate you ever knew had it hooked up to their Playstation.

SPQR consider themselves in the region of art-rock and this EP certainly deems them more than worthy of that, there is real, legitimate artistry here. The trio are also self-proclaimed “The lowest collective self esteem of a band ever recorded,” but they need not be at all. Low Sun, Long Shadows is at times as lyrically bleak as it is texturally eccentric. It’s a gem, and a gem with real promise.

They (whoever They are) say that ‘less is more’ but this EP encourages greed and renders that cliché saying null and void. It’s time for SPQR to give us more. You get the feeling that Low Sun Long Shadows while being a concise and well-built EP, is also a teaser for what we can expect in the future. That future can’t come soon enough.

If SPQR sound like your cup of tea (two sugars and milk), you can check them out very soon: 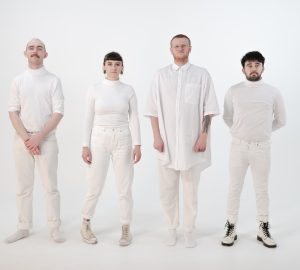