ArcTanGent have announced that Coheed And Cambria are the Thursday headliners at this year’s festival.

“We look forward to playing with this extremely unique and talented group of musicians—bands like Meshuggah, Battles and Daughters—who have each fearlessly approached sound to mold a musical voice all their own,” the band comment. “ArcTangent feels like a festival designed to inspire the audience and we’re excited to be a part of the experience.”

Other names confirmed in this latest announcement are Employed To Serve, Puppy, Raketkanon, Brutus, Cultdreams, Slow Crush and Gender Roles.

The Silent Disco will also return to ArcTanGent on Thursday, with The Algorithm playing a full band silent disco set on the main stage, GosT on the Bixler Stage and John Stanier from Battles will also DJ on the Bixler Stage. Friday and Saturday evenings will be the usual  party, one not to be missed!

ArcTanGent Festival takes place between 15th-17th August at Fernhill Farm, Bristol. For further information, the full line-up so far and tickets head to the festival website.

VIDEO NEWS: Vevo and Marsicans Release DSCVR Videos of ‘Too Good’ and ‘Your Eyes’ 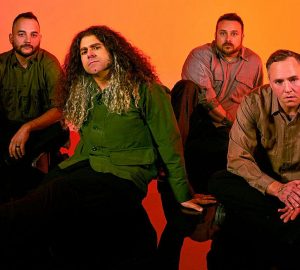