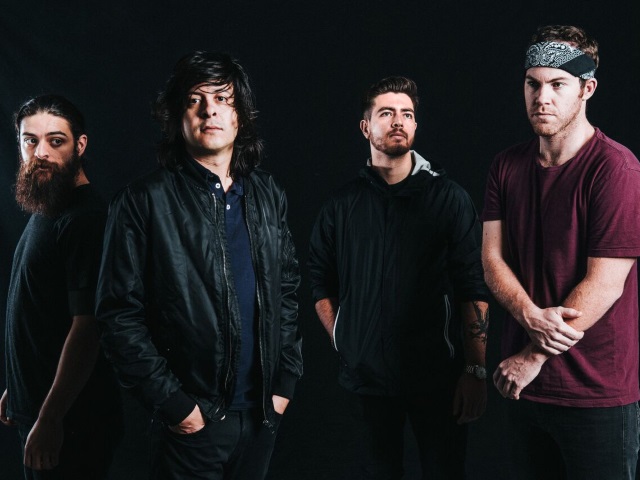 California-based progressive post-hardcore outfit Hail The Sun are fresh from releasing their highly-anticipated full-length Mental Knife via Rude Records. It’s the closest the band has come to realise the sound they’ve sought since forming in 2009.

The band lived largely in the same creative space for this record as they did on its predecessors: Culture Scars (2016) and the Secret Wars EP (2017); however, all four members of the band have elevated their already impressive style of play on Mental Knife, pushing the limit of what is capable when walking the delicate line between intricate song arrangements and massive riffs and thundering rhythms.

To realise their vision for the LP, the band worked with Beau Burchell, best known for his role as a member of Saosin and producing that project’s iconic Translating The Name full length, which was a major influence on the members of Hail The Sun. Vocalist/drummer Donovan Melero says of the album: “The four of us have never known each other, and our individual styles of writing, so well. This reflects in how quickly Mental Knife came together while still full encompassing everything we love to play as a unit.”

Now, reflecting on the creation of the record’s cover artwork, are Melero and artist John Howe.

“We had originally set a really high bar for ourselves, aiming to out-do the Secret Wars art, which was drawn by Donovan’s brother Adam Melero and then passed along to our resident layout, Michael-Rex Carbonell. We’re constantly trying to find opportunities to utilize the team of family/friends around us, and Mental Knife offered yet another obvious chance to use both of these talented people. However, as the design timeline progressed, we found more and more that the direction we were heading in felt very forced, especially in regards to merging these two artists’ styles (whereas Secret Wars had come together very organically).

John has been on our radar for a long time, having done some insanely iconic videos for our good friends in Dance Gavin Dance and A Lot Like Birds. He’d already been approached to create a teaser for Mental Knife, which can be found on our Instagram. The teaser featured an old-looking electrical meter of some sort, which first started blipping sporadically, then blipping more frequently, before coalescing into a constant hum and displaying our band’s logo on the readout of the machine. As a teaser, we LOVED it and thought it built great hype and hit the color palette we had in mind for the album (blue-ish, dark-ish).

So while we had moved on to our work with Adam and Rex, we still had that teaser in the backs of our minds. And more and more, as we kept trying this and that to make the collaboration work, we found ourselves thinking, “It shouldn’t be this hard!” And so, after we finally admitted defeat where our original concept was concerned, we turned to our already-present hero, John Howe. He selected a still from the teaser that showed our logo in its full glory, we sent it to EVR to have their design team work up a layout, and here we are.

We are absolutely in love the cover that we ended up with. It’s strong, striking, and just creepy enough to invoke some curiosity upon first glance. Essentially, it’s very Hail The Sun, which is the only benchmark we ever really care about.”

“I’ve been a huge fan of Hail the Sun since I discovered Elephantitis way back in 2010. I’ve been following the band closely ever since, and have noticed how they’ve grown and matured as artists. I was lucky enough to work with the band on their previous full-length release. I created a pseudo-music video for ‘Burn Nice & Slow’ that featured cartoon-y looking characters, something I often do. When I was asked to create a teaser for the band, I felt the need to create something a little different, so went with a grittier, more photorealistic quality.

At the time, the (intended) album art hadn’t been finalized. The draft featured a scalpel knife, and overall had a sterile, medical feel to it. I wanted the teaser to represent the start of something new. That idea, alongside the medical approach directed me towards including an ECG machine as the centerpiece (EGK if you’re American).

The heartbeat represents new life, with the trace taking the form of the band’s logo. I thought it was an effective way to get people hyped! I had no idea further down the line it could potentially be used as the album art, so it was honestly so exciting to be given the offer.

Because of its original intention, I had designed the scene in After Effects, a piece of software used exclusively for video work. For anyone looking to get into this line of work, this is totally not the go-to place to create an album cover. However, regardless of its source, it all ended up coming together super easily. The image itself holds up really well as a physical product and I’m so stoked to have somehow contributed towards this excellent album.”

Mental Knife is out now via Rude Records, available to purchase HERE. 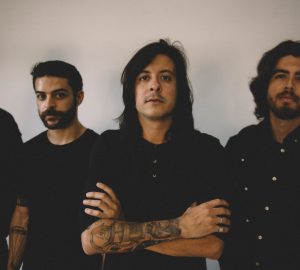