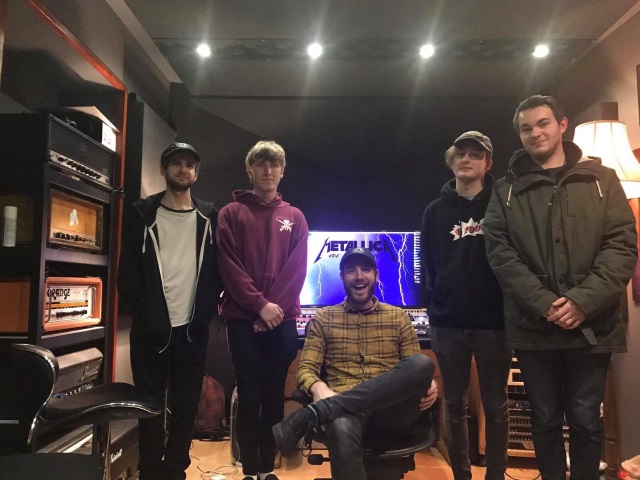 Emo punks Layover recently released their new EP ‘Your Laughter Never Leaves’. Now available on Fox Records, this is the band’s their first material since going on hiatus in 2016.

Founded in 2014, the band previously released what they describe as “very DIY” material, which is now misaligned with their renewed energy and considered aesthetic: “the sound of our old music does not represent us, and we have matured as musicians and people since then,” comments vocalist Luke Rainsford. “We come with a new direction to start in a genre we are more passionate about.”

“We went to record this EP with Ian Sadler at Emeline Studios,” he adds. “We feel we clicked really well with him and had one of the best weeks of our lives. He instantly got on board with the sound and helped us to organise and perfect our parts. He has some really cool ideas for our songs that we feel added the finishing touches. The EP was then sent to Grant Berry for mastering, who made it sound polished and release ready.”

Now, with the EP available to listen to in full HERE, we caught up with the band to get an exclusive insight into the recording process of Your Laughter Never Leaves.

You recorded Your Laughter Never Leaves at Emeline Studios, why did you choose to work with Ian Sadler on the record?

We went with Ian Sadler, a well known producer and mixing engineer within the pop punk scene at Emeline Studios in Whitstable. We chose Ian as it is where our close friends from our label, Coast to Coast, recorded their EP and we were all extremely happy with how theirs turned out. Outside of that, our record label has a close connection with Ian, and we loved his portfolio of work as we believe he is one of the best in the genre.

How prepared were we heading into the studio?

Heading into the studio I would say we were very prepared with the exception of the last song, consequently the title track of the EP. The other 4 songs we had fully written with tempos planned out and noted for producer Ian’s use. Although we had extremely rough demos, we went into the studio with Ian not knowing what we were aiming to accomplish or the sound we were aiming for! However, he quickly got on board and had some incredible ideas that we implemented into the final variations.

What was your recording process?

We recorded each in turn: first Drums, followed by Bass and Guitar, finally ending with Vocals. I (Brad), recorded the drums straight to a click track, with some takes just to the click, and other takes with Dom, our guitarist, playing along with me. Once the drums had been mapped out, the foundation of each song was laid for us to continually build on.

Did anything unusual or interesting happen whilst you were recording?

With the exception of constantly arguing between layover & Ian who was to make the next cup of tea, nothing unusual really happened with our week with Emeline studios. We had extremely long days in the studio with Ian, starting at 10am and most days not leaving until 9pm/10pm, by which time we were all so tired we went straight to sleep. Our accommodation and the shop were positioned close to the studio, and we didn’t really get the chance to explore Whitstable further. Despite this, we had an amazing time with Ian and we really hope we get to visit him again in the future.

Finally, what are your thoughts on the outcome?

Overall I think we are all extremely happy with the outcome of the EP, we had some level of expectation of what the end product would sound like, however Ian exceeded all of our expectations dramatically. As we wrote the majority of the EP almost 9 months before entering the studio, we had these songs up our sleeve for quite some time and we are extremely grateful Fox Records gave us the opportunity to bring them to life for everyone to hear.

Layover’s EP Your Laughter Never Leaves is out now on Fox Records, check out our review HERE.

See Layover live at one of the following shows: 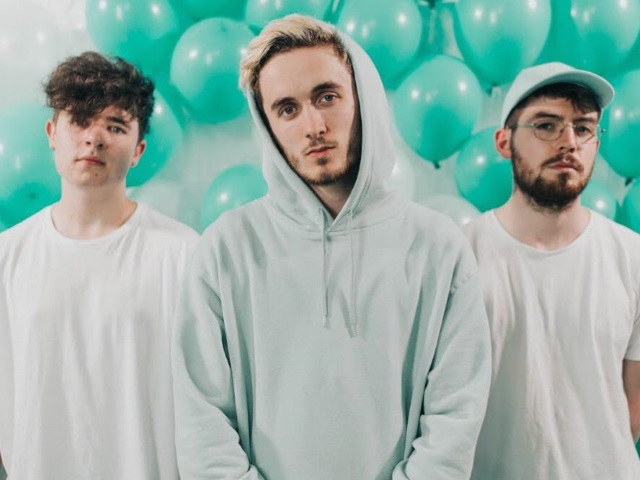 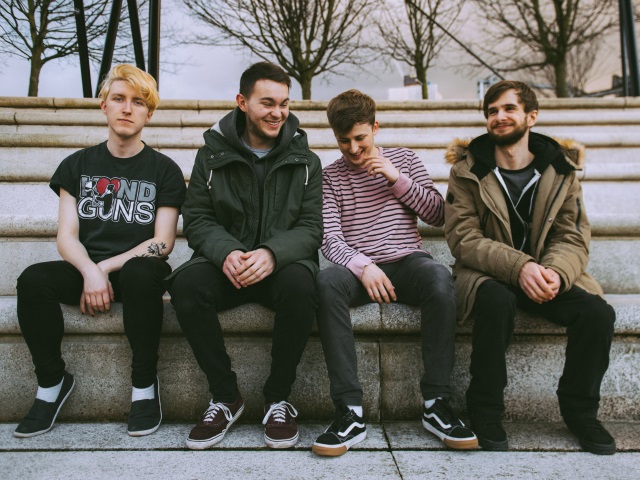