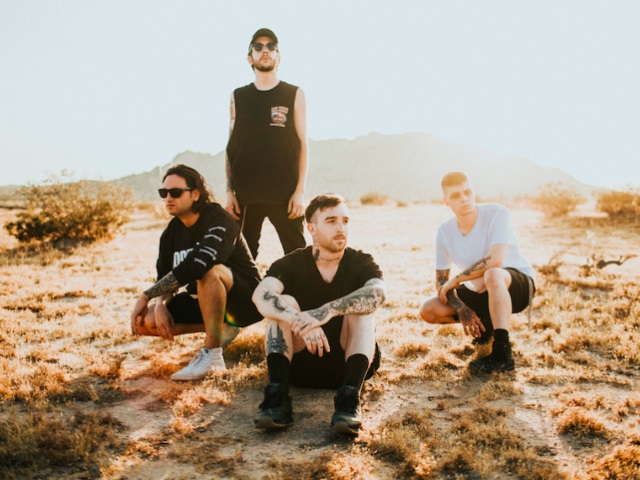 When Cane Hill released their debut album Smile in the summer of 2016 we were treated to a dose of nostalgia from the height of the Nu Metal movement of the late ‘90s to the mid ‘00s. Now, we appreciate that Nu Metal was not to everyone’s taste (in actual fact it is possibly the single most polarising offshoot of metal music to have ever existed) but we were pleasantly surprised. The album was a perfect throwback to albums such as Korn’s Life Is Peachy and Mudvayne’s Lost And Found with it’s sludgy, low tuned guitar parts and dark vocal approach that often switched between pained spoken word segments, through cleanly sung vocal melodies to harsh screamed vocals. That being said, the album was not perfect, feeling rather rushed and unfinished and left listeners wondering where the band could go from here.

Now in 2018 Cane Hill are sitting atop of their second full length release Too Far Gone. As a band they have had two years worth of touring experience as a unit, have had time to grow as musicians and really tap into their sound. Has the band used the time wisely and created a more polished and finely tuned product this time out? In a word, yes.

The album opens with the title track Too Far Gone and you are instantly shown the kind of power and aggression that Cane Hill are capable of. This is the boys at their most visceral and heavy. The well written riffs from guitarist James Barnett and bassist Ryan Henriquez interlink brilliantly with the beats of drummer Devin Clark to create the kind of groove that wouldn’t be out of place on a ‘90s era Pantera album. When you couple that in with the sinister Marilyn Manson-inspired spoken word verses and throat shredding screams from front man Elijah Witt you are on to a winning formula, this is before we even make mention of the chorus which contains a hook that’s big enough to snag Moby Dick and treats you to a sound similar to the debut album from Stone Sour. It becomes apparent quickly that Cane Hill are looking to leave their past behind them and move on to a fresher sound and this is summarised perfectly with the lyric “The fountain of youth’s now running dry” – this is a direct reference to the track Fountain Of Youth from their previous album.

This album is full of decent Nu Metal-tinged heavy tracks, such as the recently released singles It Follows which throws down a disgustingly heavy guitar line, set to be a crowd favourite when the boys bring it to a live setting. The hectic vocal lines and overall chaos that embodies the song 10 Cents will be a perfect track for the fans of the more brutal side of Cane Hill with Witt putting in the performance of his career so far, sounding as hungry and pissed off as a young Corey Taylor did on Slipknot‘s legendary Iowa album, and that is when the band aren’t throwing down tracks such as Lord Of Flies where the frontman demonstrates his appreciation for the late, great Layne Staley (someone whom he has often cited influence from) with yet another excellent vocal performance and massive chorus.

Although we have hit the Nu Metal references hard here it’s important to point out although this is where the band excel, it is not their only weapon. Cane Hill has taken a lot longer to collect their thoughts and craft their ideas on Too Far Gone. The lyrics this time out have been far more introspective and insightful, proving that Witt has really grown into a brilliant songwriter, with clichés and over used, recycled ideas being far less regular and being replaced with dark imagery and emotive delivery throughout.

Songs such as the Nine Inch Nails-esque Singing In The Swamp with its brilliantly crafted melody and industrial-styled instrumentals add another style of songwriting that we haven’t seen before from Cane Hill. Another track that demonstrates the varied approach to song writing here is the grungy, Hard Rock track Erased which has some eerie, echoed guitar parts that intertwine with the clean vocals superbly, before treating you to an almost Breaking Benjamin style, infectiously catchy chorus. The vocals on Why are once again delivered as clean as a whistle for the most part, really demonstrating the fact that Cane Hill are not content with just providing grizzly metal tunes and have the versatility to shift dynamics track by track to reach a wider audience when required.

To say that the band have come a long way would be an understatement; but with that being said, the album is not flawless. You may have noticed that along the way that we have made reference to the fact that the band sound likes this or sound like that, and that is down to the fact that on occasions the originality is lacking a little here. The song writing is far better than we’ve heard on their previous releases and the band deserve all of the plaudits that they are sure to receive for Too Far Gone, but we would love to see the band take the progress that they have made this time out and go that step further on their next release to create something unique. To take a sound and truly make it their own.

To summarise, we would say that Cane Hill are taking the right steps to move away from the Nu Metal sound by adding in other elements from other genres, and er for one look forward to seeing what they come up with next. 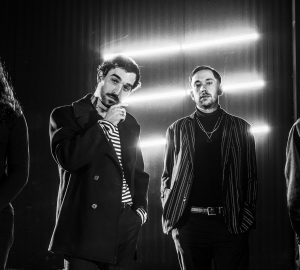 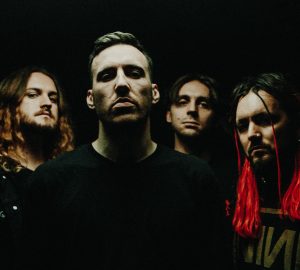