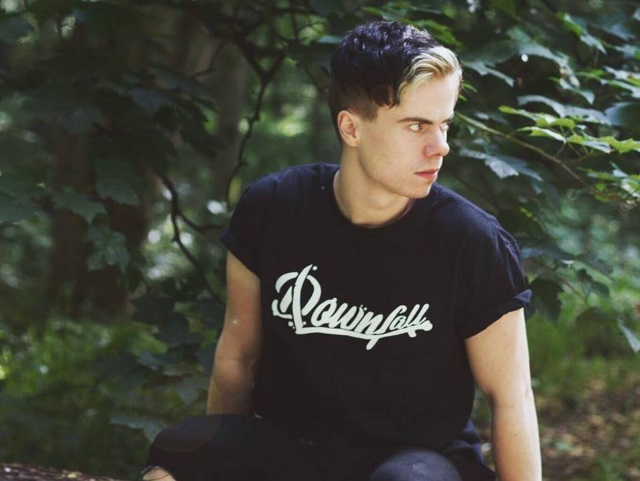 If you’re a long-term British fan of alternative music, there was a time a few years ago where you probably knew someone – or several people – who had their own alternative clothing line. If you didn’t know someone running one of those, perhaps you counted someone among your friend list who referred to himself or herself as an alternative model.

The rise of an alternative lifestyle paved the way for all kinds of people to find their place in the world, at times where the “mainstream” had not been so kind. Whether you like fashion or modelling or not, there’s no denying that small-time clothing lines and models helped shape our consumption of modern alternative music. “Alternative” became not just a genre to listen to, but also synonymous with an entire subculture.

Flashback to Download Festival 2007. It was a time where emo and “the scene” were in full swing, and the fans were becoming more pervasive in the heavy music world. Metal fans were pushing back; arguing that Download was not the place for people with this style to infiltrate “their” world. I personally distinctly remember heading out to watch the likes of the now much-respected Paramore and Enter Shikari take to the small stage there in their early days, and seeing our male friends ridiculed and threatened for dressing too “feminine” or for not fitting in there seemed all kinds of hypocritical.

On the one hand, I can understand it. Alternative music has always had a unique identity, one which often relies on pushing back against trends. “Scene kids” potentially threatened this way of living, partially because of their use of colour, make up and straighteners strayed away from the aesthetic of darkness that was typically associated with Download and metal music in general.

Just two months later, Sophie Lancaster and her boyfriend Robert Maltby were attacked, just for the way that they dressed; as goths. Anyone who saw the recent documentary, “Murdered For Being Different”, will understand just how awful the sentiment of that actually is, and thankfully, it’s since been classed as a hate crime to single people out for that. However, I think that moment united us – even people who didn’t understand a particular way of dressing was able to relate and celebrate all forms of self-expression. It’s been ten years, and that message absolutely needs to be equally prevalent today.

Honestly, I’d argue that the alternative lifestyle in a wider sense is just as important as the music itself, these days. At 27, I’ve aligned myself with a certain way of living for around 14 years now. If it weren’t for club nights like Uprawr, brands like Big Deal Clothing, and tattooists, make-up artists, and models, perhaps this subculture would have died a long time ago.

It’s not surprising, then, that these things continue. As Uprawr just celebrated their fifth birthday, a new generation of alternative fans are coming up through the ranks. Things change, styles change, and people definitely change, but we’ve paved the way for creatives, and that’s the main thing.

I recently interviewed Downfall Clothing for UK Models, one of the latest clothing lines to take a shot at success, and they say they’re inspired by other artists in this community. And so it continues. Nobody ever says there are too many bands, so why must we insist that clothing lines are saturated, or that there are too many models? Have these people not found – and proven – their own worthy place?

Like many, I’ve found a place in this world doing something related to the music I love. I’ve sang in bands, I’ve written for music publications, and I’ve helped out at events. Alternative models, clothing designers, and other fans-turned-creators have done the same. Respect them for what they are, and the existence they’ve helped to shape. I’ve seen a lot of alt girls shamed for modelling, whereas the guys who follow their dreams and pick up guitars aren’t given anywhere near as much grief.

A lot of us have realised that we may never make a living from the things related to this “scene” that we love, but we’ve made a life – and that, in itself, is more than enough.