This morning Download Festival has confirmed even more bands to join the bill, set to take place between the 9th-11th June at Donington Park.

They will join the previously announced headliners System Of A Down, Biffy Clyro and Aerosmith, as well as Slayer, Propherts Of Rage, Rob Zombie, Five Finger Death Punch, AFI, Of Mice & Men, Sleeping With Sirens, Motionless In White, Simple Plan, Every Time I Die, The Story So Far and many more.

It has also been revealed that the Avalanche Stage will be hosted by Kerrang! Fresh Blood.

“Right now, there is an undeniable, electric excitement about new music in the air and as soon as we saw the new Avalanche Stage we just had to be involved,” says Kerrang! Radio Fresh Blood presenter Alex Baker. “It was clear from the get-go that one of The Avalanche Stage’s aims was to ensure that there was a dedicated space for these new bands within the festival. Download has always been amazing at supporting new talent and I’ve always admired them for that – so it was a no brainer to get as involved as much as humanely possible!”

For the full line-up so far, further information and tickets head to the festival website. 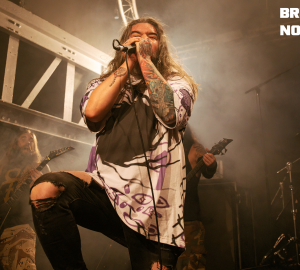