Download Festival has confirmed a whopping 48 more bands to takeover Donington in June, adding to what already was a killer bill of the world’s hottest rock and metal acts.

Steel Panther, A Day To Remember, The Dillinger Escape Plan, Suicidal Tendancies, In Flames, Kvelertak, Baroness, Hacktivist, Creeper and Moose Blood are just some of the names confirmed in the latest announcement, alongside Northlane, The Devil Wears Prada, As It Is, Normandie, State Champs, The Cadillac Three, The Contortionist, Fizzy Blood, Wallflower, Grove Street Families and more.

They will join the previously announced headliners System Of A Down, Biffy Clyro and Aerosmith, as well as Slayer, Propherts Of Rage, Rob Zombie, Five Finger Death Punch, AFI, Of Mice & Men, Sleeping With Sirens, Motionless In White, Simple Plan, Every Time I Die, The Story So Far and many more.

Download Festival is set to take place between the 9th-11th June 2017 at Donington Park. For the full line-up so far, further information and tickets head to the festival website. 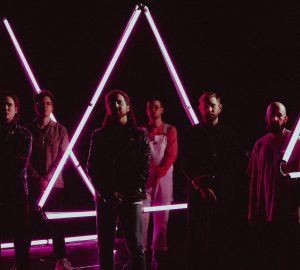