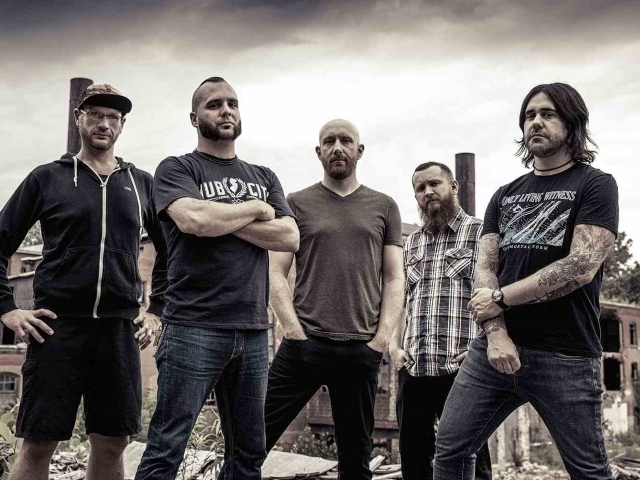 A funny thing happened with metal in the early to mid 2000’s. Four bands seemed like they had the potential to go all the way, and live up to the completely unrealistic expectations of a music press desperate to find the next Metallica/Iron Maiden. About a decade on from this renaissance period, only one band has come anywhere close to those heritage acts, maybe a little too close on their last album. One of the others has struggled to regain traction after a somewhat disappointing release a couple of years ago, and another played Kilmarnock on their most recent UK tour.

The band missing from this group are metalcore stalwarts Killswitch Engage. Like all of the bands above, they’re no strangers to hype, but nor are they unacquainted with hard times. After a slight step down on 2006’s As Daylight Dies and delivering their weakest record to date in their second self-titled release, the band encountered further distress with the departure of fan-favourite vocalist Howard Jones, which left the band at a major impasse. Now, armed with brand new album Incarnate, bassist Mike D’Antonio reflects on this bleak period of the band’s history; “We were bummed we might not have a career anymore without a singer…we put a lot of time and effort into helping Howard and getting him to a better place but if it doesn’t work it, it doesn’t work. At that point we kind of looked at each other and said ‘do we do a third singer or do we just say forget it?’ For a few months half the band was split as to whether we should just say forget it.”

However, the band’s problems were absolved quickly with the return of original vocalist Jesse Leach. The release that followed – 2013’s Disarm The Descent – was the sound of a band recharged and reinvigorated. However, the record wasn’t borne of a band with a positive outlook in mind. “Disarm The Descent was kind of a desperate record, we weren’t even sure if we were going to continue at that point. When I was writing stuff for that record I wasn’t positive we were going to have a band, or if we were going to put out another record so a lot of that stuff is very desperate, very to the point and at your throat”.

This time round, things aren’t quite so hectic in the Killswitch camp. With Leach being involved in the writing process from the start, this could be their most cohesive record to date. “I don’t think we’ve been better friends in our entire life – all the gears are working the way they are supposed to. It’s cool that everyone’s in the right frame of mind and on the same page.”

While in the grand scheme of things, Incarnate doesn’t match the breakneck ferocity that Disarm The Descent primarily dealt in, the cohesion that can be found on Incarnate has manifested itself in various ways and showcases the greater depth to be found within the band’s sound. Clocking in at five and a half minutes, Embrace The Journey…Upraised is the lengthiest track the band have released in over a decade, while the ludicrously heavy bonus track Triumph Over Tragedy channels the band’s “inner Madball” in a whirlwind death metal/hardcore hybrid.

However, like all its predecessors, what Incarnate doesn’t lack is killer choruses, particularly in the case of initial singles Strength Of The Mind and Hate By Design, the former having been played on the road prior to the album’s release. “We had a bunch of songs that we really liked and we presented to the label, I think there was four or five that stuck out right away and they really gravitated towards that one. We really wanted to play that one live. They also liked Hate By Design, so it was kind of a toss up but we really wanted to play Strength Of The Mind so we pushed a little bit for that one first but they were both going to come out (as singles) regardless.”

One of the most interesting things about Incarnate’s release is the way in which was presented to the fans, with various cuts being released online in the week leading to the record’s release. By the official release date, more than half of the album was available to the public, and while this was undoubtedly a play by the label to keep the band on the front page of music sites for a greater period of time, it does risk devaluing the mystique that was once revered by music fans in the lead up to a new release from their favoured band. Does this mean that the album is obsolete as a vessel for new music?

“I still buy them, I still love them and listen to them from beginning to end.” D’Antonio counters. “I don’t want to just hear tracks, I wanna hear ten to twelve cuts that they refined and said ok this is good enough for our next album. I’m one of those few dudes who doesn’t hit shuffle, if I start listening to a record I want to hear the next song and the next song, and that’s what we tried to put together. We had a side A and side B kind of like a throwback to cassettes or vinyl and you’d have an ending to side one and a beginning and ending to side two, and that’s what we were thinking of when we were putting together the track listing of the record.”

This kind of attention to detail is something that is increasingly rare in rock and metal, and whether it’s bringing back a more old school feel to the structure of their records, or in the meaning behind Jesse Leach’s lyrics, it’s their dedication to authenticity that sets them apart in 2016: “Jesse’s one of those few dudes that I’ve ever worked with that you never have to look over his shoulder to say “that’s wrong” or “uh-oh I don’t like that adjective again”, or any of that stuff, we just let him rip. Everyone in the band knows what they’re doing in their certain area and that’s what’s so cool about what’s going on with us…You write these songs on demos or whatever without lyrics and you pour your heart and soul into them and just hope when you hand them over that the lyrics on top will make something better or create something that people will like…we’re really happy with how they came out.”

However Incarnate is received by fans, this album represents a period of harmony within the ranks, but is anything but a mellowing out. As they enter the 17th year of their career, Killswitch Engage are one of the few bands you can trust to be nothing but themselves.

VIDEO NEWS: ZOAX Reveal Video For ‘Roses All The Way’ 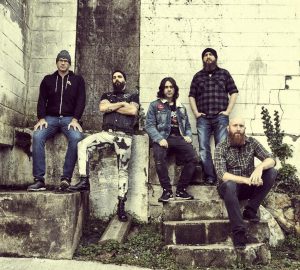