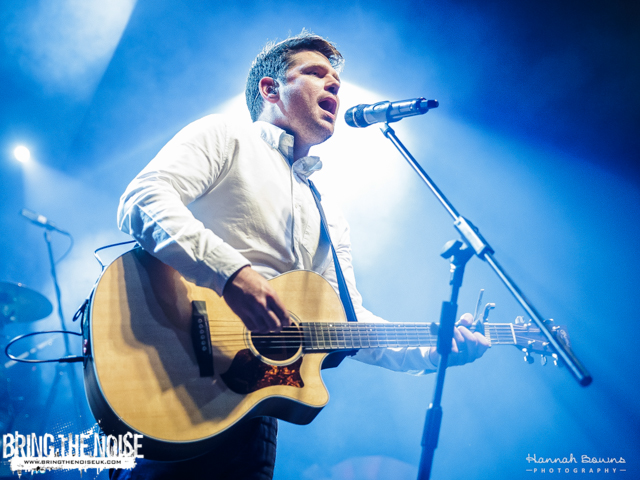 A dull Friday night in Bournemouth looked set to be turned around when we walked into O2 Academy for Scouting For Girls tour date in support of their Still Thinking About You album. We’ve made it no secret that we’re fans of the band having been at their previous Bournemouth show when we had a chat to them beforehand, so we knew tonight was set to be memorable.

When opening act Mike Dignam walked onstage we weren’t sure what to expect, a guy with a guitar. It all seemed a little bit too X Factor for us but we brushed our opinions aside to see if his music would change our mind. Becoming an instant hit with the teenage girls in the audience, tracks taken from his debut album Fight To Forgive showcased his divine vocal abilities. Taking the time to talk about the horrific situation going on in the world before Fight To Forgive you couldn’t help but warm to the soloist.  Yes, a guy with a guitar isn’t really a unique act but lyrically is where Dignam shines. From singing about waiting forever for a girl to How Can I Make You Mine singing about errr…how to get a girl, it’s written in a way which connected with every listener in the room. The sold out audience became hooked when it became clear that this talented soloist isn’t just a pretty face who’ll drift off the scene as the tour ends.

With the lights dimmed and the Superman theme tune playing, the cheers from the crowd erupt upon realisation of what this was going to mean… Bad Superman! The track from their new album Still Thinking About You has instantly become a fan favourite and performed live with the guys wearing Clark Kent glasses developed a fun, quirky atmosphere. Frontman Roy Stride takes mere seconds to rouse the crowd into a frenzy and explains “this isn’t a show, it’s a party!”

Having such a vast back catalogue means obviously not every song fans wish to hear can be played (imagine if we could have a day long SFG gig where they perform every song!) but the setlist features tracks from each album. Older tracks Michaela Strachan, I Wish I Was James Bond and It’s Not About You get the stripped back piano treatment, slowing things down whilst maintaining the infectious and well loved harmonies.  With the piano packed away it allows newer material Home and Castles to be shown off. Although a slower track tempo it highlights the maturing lyric abilities of the trio, proving why their fanbase is such a diverse one.

The unity between the trio – who become a quartet live as they’re joined by guitarist Jamie O’Gorman – is unbeatable, proving they really do enjoy performing onstage with the smiles never laving their faces. Their happiness circulates around the audience, in particular during the tongue in cheek tracks 1+1 and Posh Girls in which the crowd continue to sing back every word and dance like nobody is watching. With Stride constantly informing the audience of how tonight is the best audience of the tour, it leads to the crowd making it their mission to keep their title ’til the very end of the night (spoiler: they did!).

Scouting For Girls undeniably have some classic tunes, Heartbeat and This Ain’t A Love Song being two of them; but it was Elvis Ain’t Dead that steals the show for the fans of the hits, Stride taking it upon himself to not just put his all into his onstage performance, but also go on a run round the venue. Running off stage and into the upper balcony as his fellow band mates look on in confusion at what’s going on, a lap is carried out and a wrong turn taken when attempting to get back to stage. Nobody can say SFG don’t put on a show for all the audience wherever they are in the venue!

With the night drawing to a close, the encore calls for two very special moments. Returning onstage with drummer Pete Ellard dressed as a Christmas tree, with the remaining members in snazzy Christmas jumpers it’s time for the trio’s attempt at Christmas number one. Now we might be a bit bias but Christmas In The Air (Tonight) is a worthy contender for not only this year’s number one but also the cutest, most heartfelt modern day Christmas song. Singing of the love for the person they’re with whilst getting into the Christmas spirit, the emotion is overflowing with hugging galore and shivers down many spines. Closing with cheeky fan favourite She’s So Lovely it’s time for the crowd to give their final burst of energy. And it was all over. After an applause lasting much longer after the band had left the stage, it was safe to say tonight was the best Friday night a cold December has seen for a long time.

Tonight’s setlist was filled with classic tracks but also newer lesser known numbers which will continue Scouting For Girls reign as the best trio in pop! We’re still thinking about what a great night we had and we’re sure a lot of others will be doing so for the foreseeable future. If you only see one band in 2016 make it Scouting For Girls for a night full of energy, sheer fun and sing-a-longs galore. 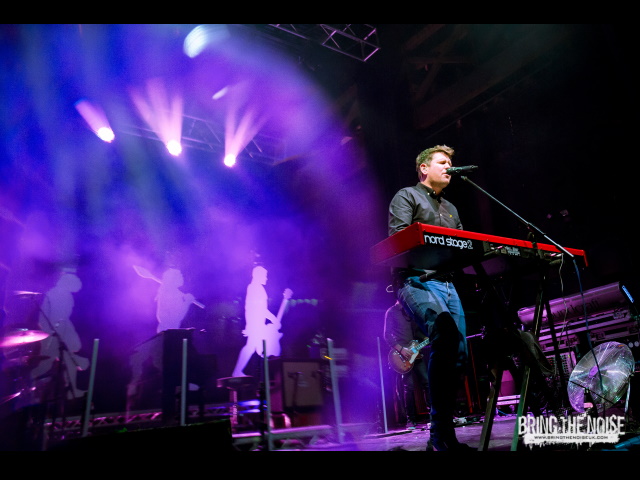 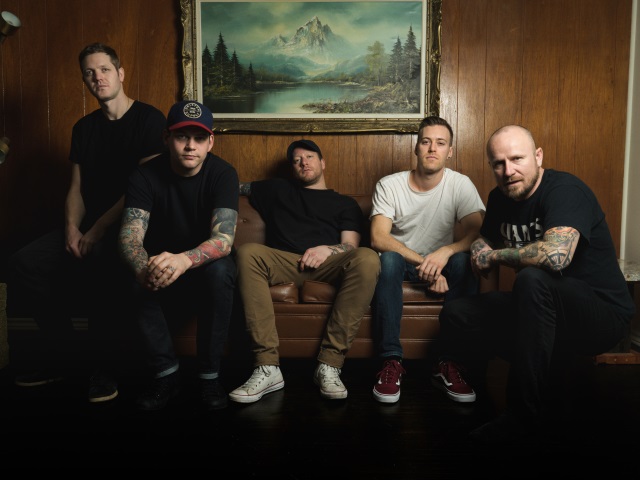