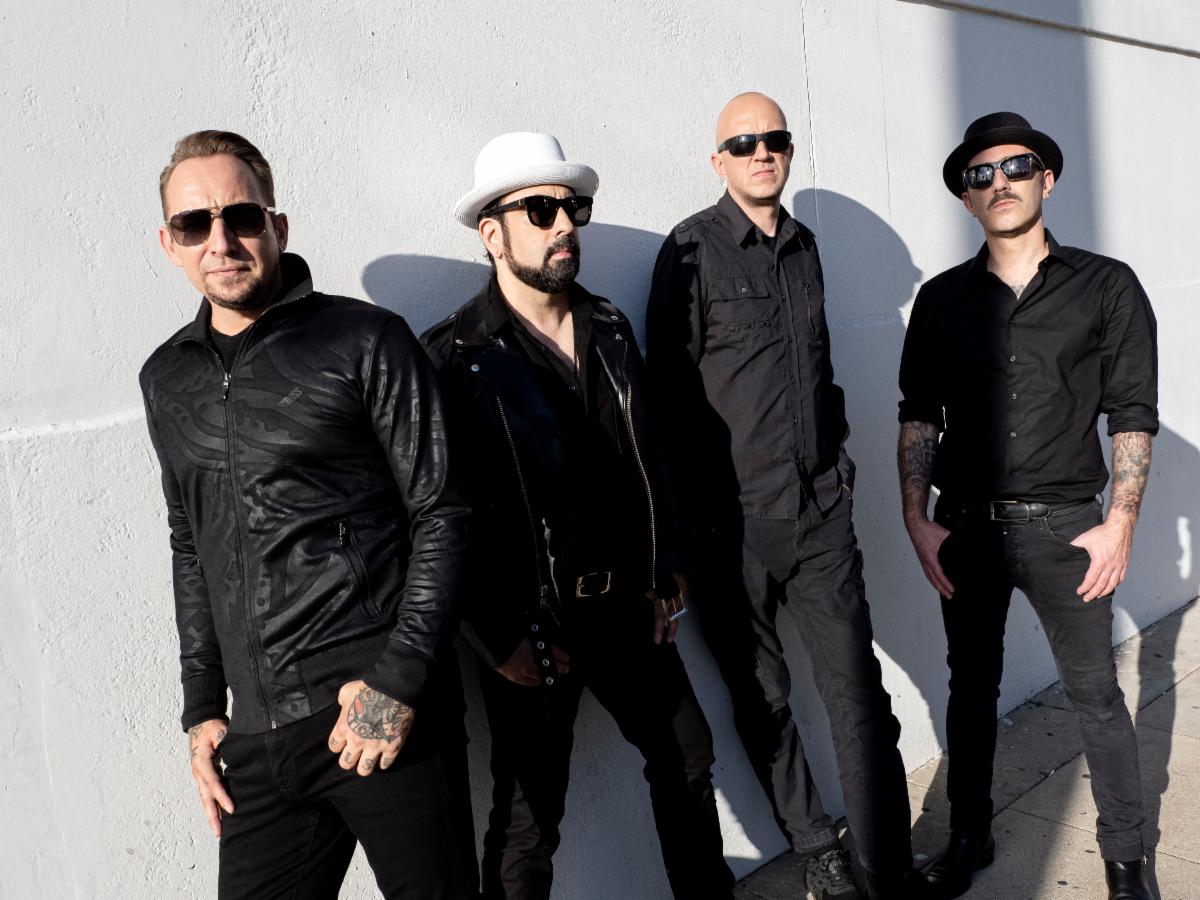 Volbeat’s expert axeman Rob Caggiano says he is a huge fan of streaming as a convenient way to consume music, but he reckons the whole industry is due a sea of change. Although what change he isn’t sure yet. Caggiano sat down with Bring The Noise UK during Volbeat’s recent mega arena tour of Britain, as he lifted the lid on his thoughts on how modern rock fans consume his band’s, and other bands’, music.

“I think the whole state of things is evolving,” says Caggiano. “Streaming is the way for the future, but personally as a music fan it is awesome. It is really convenient and it has introduced me to so many new bands and artists I’d never have had access to or come across without it.

“In that sense it is brilliant, great, but as far as the model and the way bands and artists get paid I think it is evolving, as has the whole music scene been evolving and changing. For me it definitely feels like it is morphing into something else and I don’t know how long it will take, but it is definitely changing in a big way.”

The way bands make income has shifted massively. In a generation where album sales were once the foundation stones for their revenue, now the focus has shifted to touring and merchandise.

He continues: “Record stores are few and far between now, so album sales aren’t as big a contributor now. I do find more in Europe than in the States for whatever reason and I’m not sure why. I think streaming is what the younger fans are turning to as far as listening to music and YouTube. Merch is a big thing and playing live now too is very important.”

Rock n’ roll heavyweights Volbeat have been big hitters on the European mainland for many years, as they regularly headline some of the biggest festivals and command huge crowds around the continent. But in the UK, while they have risen through the ranks to near the top of the bill at our own rock festivals like Download, they haven’t managed a knockout blow to solidify their place as a headline act. But Caggiano reckons that could all be set to change.

“For us, 2022 has been great with a lot of great shows, good tours, we are out here working on touring the new album,” he tells us with a big grin. “All the crowds have been awesome and it seems like some markets, which were not as amped up as they were before, or compared to other markets, are catching up. The shows are getting bigger and bigger. It feels great and things are exploding over here for us.

“We are ready, we will do it. We headline most of the European festivals and it’s great but we love the UK. This tour especially feels like things are bubbling up and the shows are getting bigger all the time. It feels good.”

Before taking up his role on the six-string with Elvis-metallers Volbeat, Caggiano was of course the phenom on the fretboard with thrash metal legends Anthrax and The Damned Things. His historical CV leans more towards the heavier and faster side of guitar playing, which is reflected in many of the riffs on the most recent Volbeat album, Servant of the Mind.

“Playing Shotgun Blues guitar-wise for me is a lot of fun, although it is a challenging solo live which sometimes I don’t nail, but mostly I think I do,” he laughs. “Becoming is a fun, heavy track to play, Step into the Light, Wait A Minute My Girl and Devil Rages On are also so fun to play and a crowd favourite.

“On this tour we have been having fun with the setlist trying different things, but it is hard to fit everything in obviously. The amount of time on stage compared to songs we have to pick through and fan favourites isn’t an easy task at all. But I think we have a really strong, well-rounded setlist just now with a little something for everybody, and we have been having fun with some of the new ones in the set.”

Discussing their setlist prompts us to bring up my own favourite slice of Volbeat musical mastery, Cape of our Hero, and a song I’ve never heard live despite seeing Volbeat ten times in the last five years.

“When the album came out we played it a lot,” reflects Caggiano. “It was a single from the album, so we played it a lot at the time and I love it. It is one of my own favourites too and so fun to play, but we haven’t played it for years now when I think about it. I don’t actually know why, but I know there is no particular reason. Maybe because it was in the set for such a long while it was time to switch it up.”

Volbeat are famously a cauldron of musical styles, with influences ranging from The Misfits, to Johnny Cash, to Anthrax, and bone shuddering Pantera-style riffs. But this evolution and hybrid isn’t anything the band deliberately set out to do, with Caggiano insisting it is purely natural.

“I don’t think it’s deliberate and it is not thought about consciously,” he remarks. “There is no real formula to our music, it is just whatever is inspiring us at the time when we make the record, it’s what comes out.

“It is a really cool thing that bands that try to push themselves and do new things from album to album, it keeps it fresh and keeps it exciting. I think we try to do that without even thinking about it.”

Volbeat‘s latest album Servant Of The Mind is out now via EMI Records, available to stream or purchase HERE.