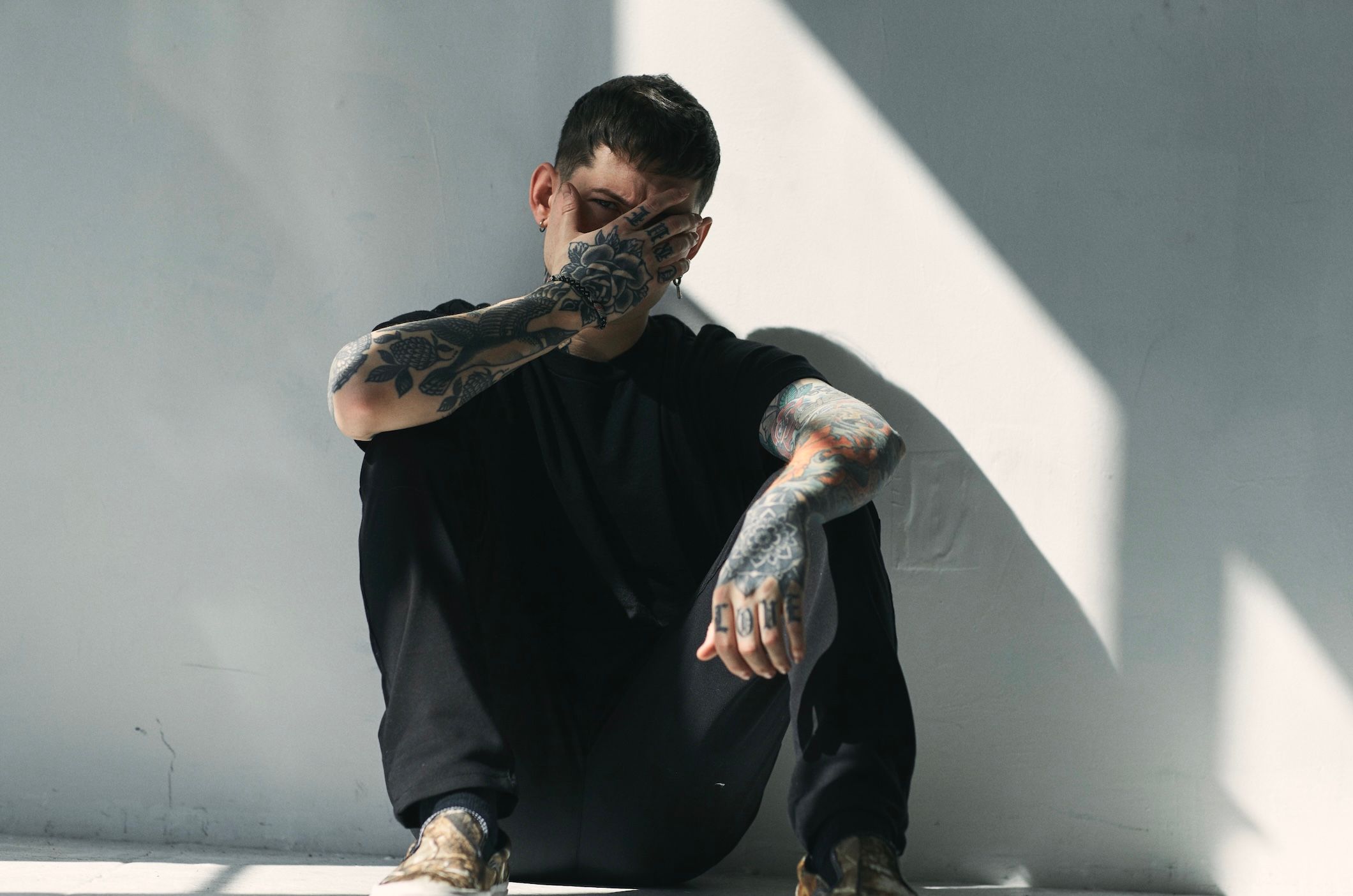 Emo-rap has come a damn long way since the scene’s birth in the DIY singles and demos that saturated Soundcloud circa 2010. Fusing together hip-hop inspired beats with big rock breakdowns and emo lyrics that delve into a deeply personal place of life’s love, heartbreak, pain and agony, emo-rap is where it is at. Soundtracking all your lonely sadboi hours, drowning your own emotions in an artist’s own emotions, emo-rap has risen like a phoenix from the underground into mainstream alternative music culture rapidly, generating sleeper hits for artists that have cut their teeth and grafted their artistry the hard way. Whilst artists like Lil Tracy, Lil Uzi Vert and the late Lil Peep led the charge in the surge of emo-rap, so much so iconic names from the pop-rock and pop-punk worlds like Fall Out Boy and Blink-182 have found even more success than they need in the genre, getting remixes and collaborations with emo-raps finest, simply everyone wants a slice of emo-rap because it’s one of the hottest things around. And the same can be said for the alternative rap trio topping the bill down at the Electric Ballroom tonight, with sadeyes, guccihighwaters and nothing,nowhere. hot topics in the conversation.

The first, Portland’s sadeyes aka Nathan Lewis is drenched in sadboi tunes for days and a surprising Owl City cover to lift the mood. Mulling over songs of self-reflection and heartfelt lyricism, there is an air of casual swagger that doesn’t lack catharsis to sadeyes. Hot off the heels of dropping his album monarch earlier this year, sadeyes’ setlist was filled with plenty low-fi meets emo rap moments like opener hi hru to somber pop laidback tunes such as closer jaded. Perhaps the Soundcloud baby of tonight’s getup, sadeyes proves that whilst he might lack life experience in comparison, he makes up for in no less emotion that the other two that follow. 8/10

Up next, Long Island born, briefly Ireland raised and back to Long Island again artist guccihighwaters whilst an introverted outsider for the longest time growing up, now Morgan Murphy stands tall amongst the Electric Ballroom’s finest. His ability to switch from dark tragedy to community togetherness at the switch of a song, guccihighwaters is an undeniable natural. From the stylish hip-hop of lately to infectious collab with sadeyes who joins gucci on stage for fast life and the gloomy melodicism of hit i’m so sick of this, 15 year old shy kid Murphy would be proud of the 24 year old certified artist that stands on stage right now. 9/10

To think that Vermont rap-punk rocker nothing,nowhere. used to hide behind a mask, clenched fists and his spread-out hand in a midst of obscurity and many illusive names feels like a lifetime ago, buried in his DIY Soundcloud rooted days. Now not hiding his true name of Joe Mulherin and stepping out of the skeletal shadows of his former self, nothing,nowhere. is nothing but this generations answer to a hip-hop and rap artist crossing over into alternative culture, his emotionally driven brand of dark emo rap and light-hearted pop-rock and spiritually awakened self the driving force behind his artistry. And it’s these “sad songs” as nothing,nowhere. aka Joe Mulherin likes to point out, that generates some of the most pent up passionately emotional energy the Electric has ever played game to tonight. Kickstarting with some of the new stuff, opener CYAN1DE causes outbursts of impassioned singalongs and chaotic pits that never close for fourteen songs. Not the only new song on the setlist, later M1SERY_SYNDROME and yet to be released banger THIRST4VIOLENCE add more fuel to a raging new nothing,nowhere. heavy fire.

Where CYAN1DE and M1SERY_SYNDROME features Fall Out Boy’s Pete Wentz and Senses Fail’s Buddy Neilson, there is one band nothing,nowhere. would be without. “We wouldn’t be here without bands like Dashboard Confessional” comments nn, launching into Hopes Up, featuring the band in question. Alongside idolising American Football, nothing,nowhere. is now in the position where he is working with his dream artists? The irony? The 1.5k of people that stand before his eyes doing exactly the same thing.

Sad songs for days on end but limited selected for tonight’s set such as Clarity In Kerosine, letdown and closer hammer, nothing,nowhere. provided nothing but emotional release and no lack of serotonin at the Electric Ballroom. 10/10 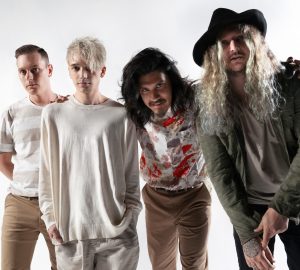 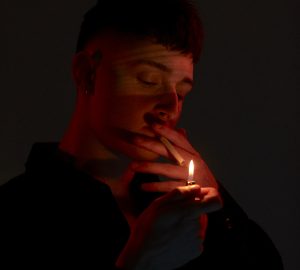