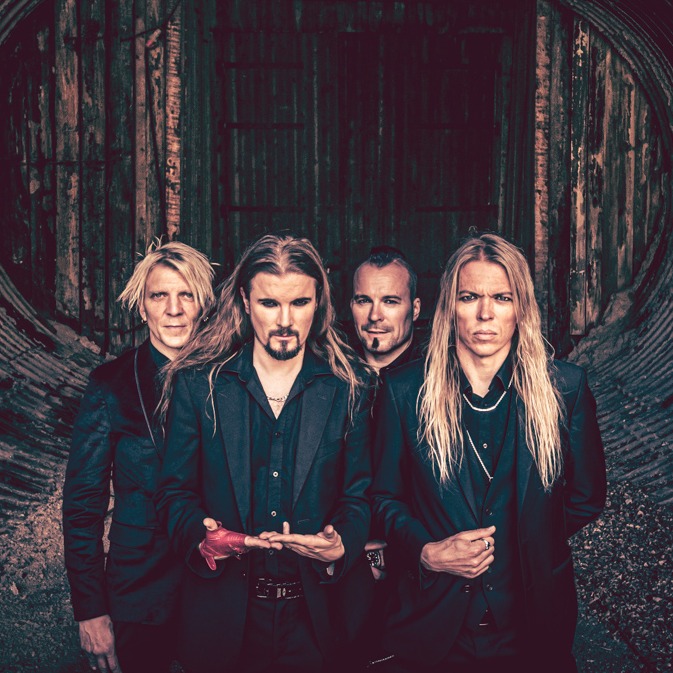 After being postponed quite a few times due to *that which must not be named* (you know what we’re talking about), three cellists and a drummer, all of them Finnish, walked into a Romanian club for the very first time. Here’s how Apocalyptica’s sold out debut performance in Cluj-Napoca went down.

On the last summer day this year had in store for us, the doors to /FORM Space opened at 7pm, allowing fans up to two hours to arrive before the concert would start. As 9pm rolled around, and with a short minutes’ delay on the band’s part, the intro started playing on the P.A., announcing the start of the set. Before long, the four Finns took to the stage and launched straight into Cell0 opener, Ashes of the Modern World.

It quickly became clear that the concert-goers were in for a ride, as the three cellists showcased their musical skills and their energetic stage presence. The evening saw the band blast through songs such as the pounding Grace or the gentler sounding Rise, as well as a number of covers, with the four Metallica covers taking the crowd back to the band’s debut album roots.

Since the Finnish band has a penchant for inviting vocalists to perform on their songs, no set of theirs can be complete without them, so Apocalyptica brought their friend Tipe Johnson along with them, to lend his vocal talents. Four songs into their set, the singer stepped onstage to launch into the one-two combo of I’m Not Jesus and Not Strong Enough, only to return later during the set for Shadowmaker and I Don’t Care.

While Johnson isn’t a one-for-one match with each of the individual singers who performed on those tracks, he certainly does a good job of playing these songs, despite the fact that sometimes the drums could be too overbearing to hear him properly. That said, it was none of his fault, but rather that of the venue’s sound system, coupled with the fact that from where we were sitting at the barrier, the drums were less than 5m away.

Our only gripes with the band’s performance were twofold. On the one hand, they could have toned down the number of covers – six of them, out of sixteen total songs. Playing through some Metallica songs is understandable, as that’s what led the band to fame, and a cover of Edvard Grieg’s iconic In the Hall of the Mountain King proved to be a great ending to their three-song encore. Covering Sepultura’s Inquisition Symphony, however, seemed a little random, in spite of the fact it still sounded great. On the other hand, they didn’t play Path, a song that’s had a boost in popularity ever since it was used in one of the trailers for Hideo Kojima’s latest video game, Death Stranding.

Covers or not, by the end of their set, which lasted for an hour and 45 minutes, it was clear for all the 800 people in attendance to see that the four Finns enjoyed their time in Cluj-Napoca – especially “bass cellist” Paavo Lötjönen, whose charisma and energy easily got the crowd clapping and chanting along to his prompts. Before they left for the night, though, band leader Eicca Toppinen thanked those in attendance for their energy and declared that they would see us “soon, because Apocalyptica will be back, and that’s for f*ing sure!”.

Eicca, Perttu, Paavo, Mikko and Tipe: all we can say is kiitos for that great performance. We’ll take you at your words, and expect to see you again sooner than later! 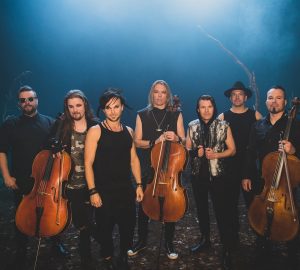