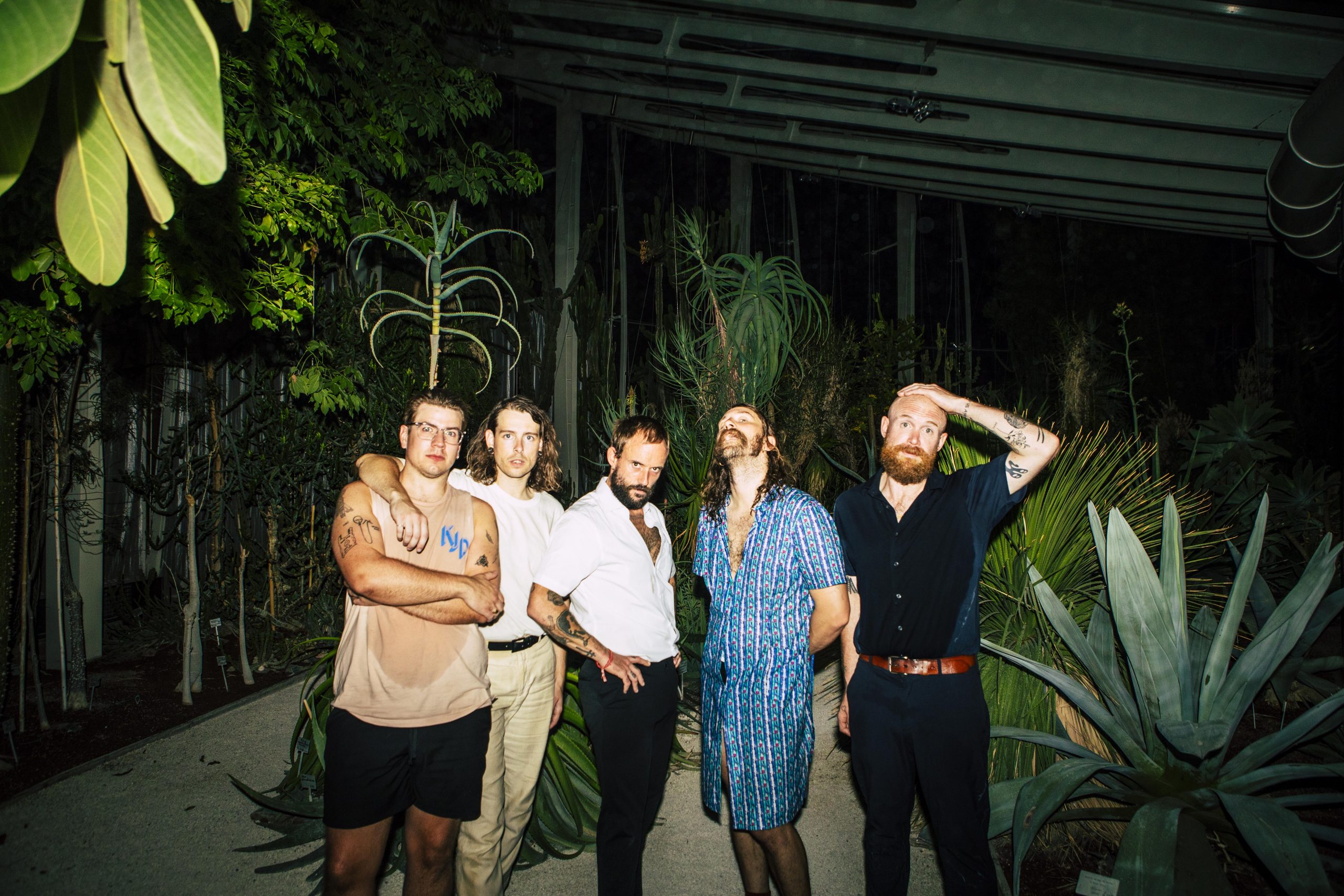 IDLES have released a video for Stockholm Syndrome, taken from their latest album CRAWLER.

The video was directed by Charlotte Gosch and IDLES guitarist Lee Kiernan who explain, “The process of making the video was very fulfilling for the both of us as we were able to physically create what we were imagining. Both the masks and shapes were handmade and painted by ourselves and friends. Working with our DOP Rob French we were also able to realise the long shots of each verse and the opening scene of the dancers. We both love the exhaustive and immediate feeling that a long shot can convey, like in Gus Van Sant’s Gerry, which we referenced quite literally”.  They continue, “The initial idea of the video was to try and visualise the monotony hell of having to work to survive and how the ‘machine’ eventually engulfs you and strips you of your freedoms. But we wanted to achieve this in a metaphorical way that kept the meaning as open as possible. So it becomes rather a visual representation that can be read in many different ways”


CRAWLER is out now via Partisan Records, available to stream or purchase HERE.